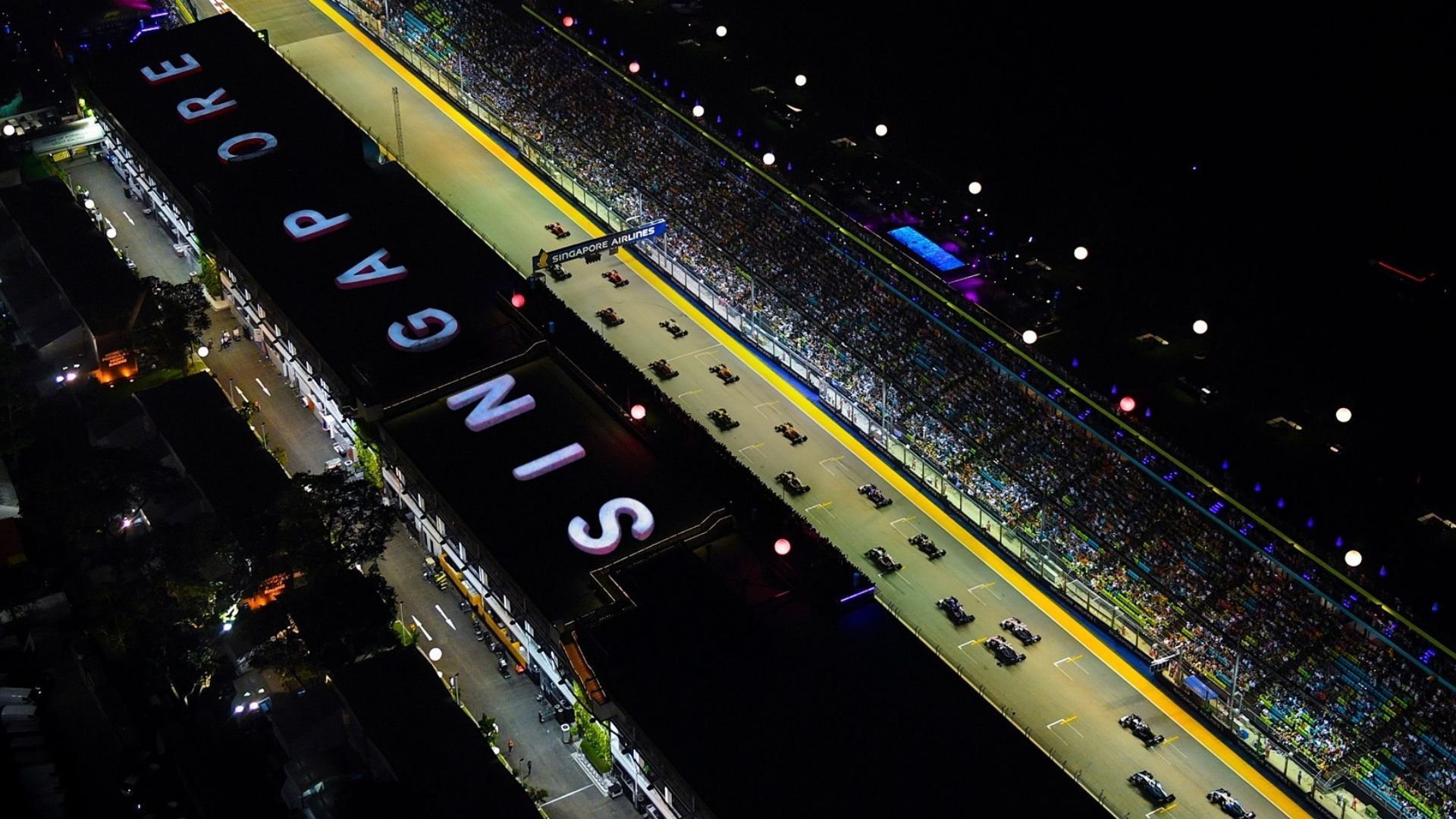 10 best Formula 1 circuits around the world to visit next

Formula 1 (F1) is all about speed and skill. It is simply fascinating to see the best drivers in F1 in the fastest and most technologically advanced racing cars competing for the world championship. However, apart from the thrill of racing, one cannot miss the incredible tracks which are beautifully and technically designed and equipped with the latest facilities to enhance the overall experience.

Since its inauguration in 1950, more than 70 circuits have hosted different Grand Prix championships over the years. Let’s take a look at ten of the most popular F1 tracks that should be on your must-see list, next time you travel to the countries for races or otherwise. Whether you’re a Formula 1 fan or not, these tracks are sure to amaze you with the way they were designed and created.

Monza has hosted the maximum number of Grand Prix races since the start of the World Championships. Since 1922, there have been 72 races on the “old-fashioned” track.

Also known as the ‘Temple of Speed’, the Italian street track has chicanes that keep the speed steady without allowing the racing cars to come to a complete stop and also provide good overtaking opportunities.

Located near Milan, the racing circuit has big, fast corners like Parabolica and Lesmos that test every driver’s commitment, while the front straight gives them a wonderful chance of a draft.

The second smallest country in the world has held the world championship 68 times on this magnificent track.

The street circuit of Monaco is considered to be the last true old-fashioned track in Formula 1. While its length spans around 3.34 kilometres, the Circuit de Monaco has been hosting races since 1929. But it started to host Formula 1 in 1950, thus becoming the second urban circuit in the history of Grands Prix to host legendary races.

While its roads were intended for daily traffic and not for sport, the straights of the race track are short.

You can watch the prestigious and famous Monaco Grand Prix race from the stands built along the circuit, which has 78 laps.

This circuit hosted the first (of seven) Grand Prix races in 1950 and has staged the British Grand Prix 57 times since then.

Built in 1942, it was a former British Air Force base before the airfield ring road was completely turned into an F1 circuit.

Considered the “Mecca” for all F1 drivers and fans, the shape of the British Grand Prix circuit has changed over the years. To ensure safety, a number of chicanes and corners have been added to the street circuit. However, the original character of the circuit remains intact.

More so, the fantastic sequence of turns at the iconic Maggots-Becketts-Chapel complex gives drivers a big adrenaline rush. There are 52 laps on the circuit which measures 5.891 kilometres.

The public can enjoy modern F1 racing from the Becketts and Stowe stands.

Known for being one of the deadliest tracks in Formula 1 Grand Prix racing, the Circuit Gilles Villeneuve has hosted the Canadian Grand Prix since 1978. It was created in 1967 for that year’s Expo 67 world fair- there, but was eventually converted to a track.

With 41 races, this street circuit is popular for its unique and unconventional settings which include a hairpin, two sharp turns, two straights and a risky twisty curve.

With 70 laps over a circuit length of 4.361 kilometres, the Formula 1 race can best be watched from one of the three grandstands surrounding the hairpin so you can get the closest view of all the overtaking in hair pin.

Night racing at this new circuit in Singapore is indeed a visual treat for F1 fans. The Marina Bay Street circuit became part of the world championship scene in 2008. It was built the same year and it made history by hosting the Formula 1 race overnight in the same year . Interestingly, it has hosted 13 Grands Prix since then.

Also known as the Singapore Street Circuit, the 5.063 kilometer street circuit can be physically demanding for F1 drivers due to its uneven surface. With 61 laps, it also has a unique turn 18, in which you can see the drivers pass under a grandstand. There are other grandstands for Ferrari fans who can also watch the races.

Built in the forests of Baden-Württemberg in the 1930s, the Hockenheim was pulled down to host the first German Grand Prix in 1970.

Also known as the Hockenheimring, the races at this circuit are held over 67 laps, giving drivers and F1 fans a thrilling experience. It features four long straights connected by three relaxed chicanes. You’ll also find a compact “stadium” area at the end of the lap, making for an efficient and effortless race track.

Prior to 2002, the circuit had low safety standards due to wet surfaces during rain. The German circuit has been redesigned to avoid any incident. The long and fast loop that passed through the forest was allocated to grazing while the total length of the circuit became 4.574 kilometers. But drivers can also enjoy the beautiful green landscape in exciting races.

The total number of Formula 1 World Championships held at the Hockenheimring since 1970 is 37.

To watch the action on this circuit, you can get your seats in the stands and at the trackside reception of the Champions Club or the Formula 1 Paddock Club.

Originally used as a Honda test track in 1962, Suzuka hosted the Japanese Grand Prix in 1987. Since then it has hosted 32 Grand Prix races. More so, 13 world championships have also been held here.

The beautiful, flowing track is well suited to modern F1 racing. The iconic track has a unique ‘8’ shaped design along with other famous corners like 130R and Spoon which support modern and fast F1 cars and delight fans and drivers. The track also boasts of a snake-like crossing and “S” curves.

Suzuka’s grandstands give you wonderful opportunities to watch the cars through curves and corners. This circuit is set at 53 laps with a length of 5.807 kilometers.

The Circuit de Spa-Francorchamps, based in Belgium, which has hosted Grands Prix since 1950, is among the best Formula 1 circuits in the world. It had hosted a non-championship Grand Prix as early as 1924 and was built in the shape of a triangle in 1921. .

Also known as Spa, the circuit is 7.004 kilometers long and is set at 44 laps. This permanent track made its debut in 1983 after undergoing numerous design transformations.

Despite this, this “Driver’s dream” retained famous corners such as Eau Rouge, Blanchimont and La Source, while further updating the track with another corner, Pouhon.

The track also features long straights that inspire riders to give their best, especially when the surface is dry. However, with the local topography and clever design, Spa is still considered the best F1 circuit in the world.

The Spa-Francorchamps circuit has organized 55 races to date.

There’s no doubt that the elevated grandstand near Eau Rouge will give you the best view around, but you can also get an incredible one from La Source. For a trackside experience, there is a grandstand located on the Pouhon bend.

Built in 2009 as part of the Yas Islands, the Yas Marina Circuit hosted the Formula 1 season finale that year. The 5.55 kilometer track has hosted 14 Grands Prix to date.

Although the track has the latest designs and a green environment, you will still feel like you are watching an old school Grand Prix, amidst flashy night lights. If you like cars that race under the headlights, you have to take a ride on this circuit.

The Hermann Tilke-designed track features a 1.2 kilometer straight with slow-speed corners, which rewards overtaking. With 55 laps, Yas Marina also has a tricky course that forces riders to brake hard.

To make the most of the action, book a room with a view of the runway at the Yas Hotel or find a place in the cabin of the boat in the marina. Or the grandstands of the circuit are just as perfect for enjoying the races.

The Melbourne Grand Prix circuit at Albert Park (from which it takes its name) first hosted the Australian Grand Prix in 1996. However, it would have hosted two non-championship races earlier in the 1950s .

Since this is a temporary facility, Albert Park may have some uneven and slippery spots on the track with some difficult turns. Although the surrounding location is beautiful, the 5.303 kilometer circuit is flat and has 58 laps which add to the thrilling races of the Australian Grand Prix.

There are nice grandstands and general admission seats that allow the public to watch the races. It has hosted 25 Grands Prix to date.