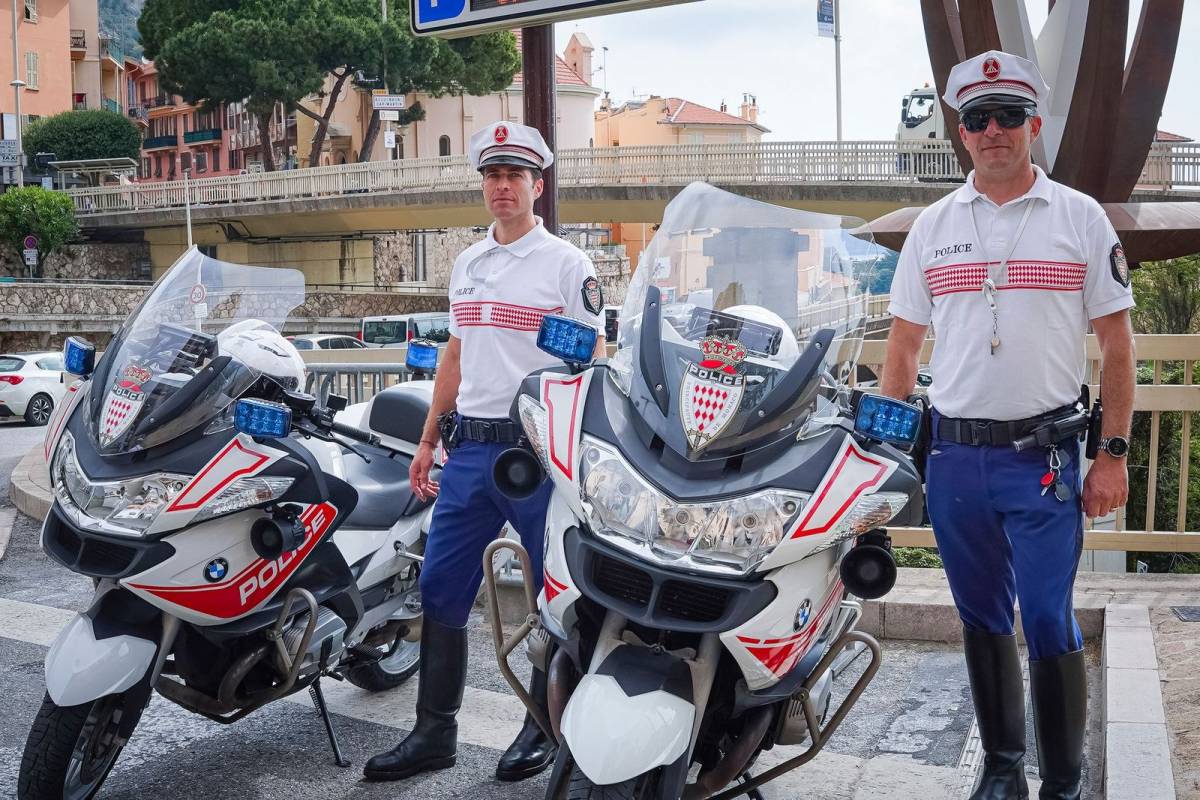 Nowadays, when war threatens the borders of many European countries, it is impossible to underestimate the happiness of a peaceful life in Monaco. And it’s not just visitors to the Principality from all over the world who appreciate calm and security. Most of those who are lucky enough to live in Monaco place the feeling of security at the top of the list of the Principality’s assets.

How did the country’s authorities manage to turn their country into the safest place in the world? Residents and guests of the Principality can live in peace thanks to the efficient work of the Department of Public Security created exactly 120 years ago.

To lead a modern state where the safety of its citizens is the top priority, it is to the police that we always turn to feel free and to be civil towards each other, confident in peace. The Principality emerged as a modern state under the reign of Charles III starting in 1856 and continuing with his successor Albert I in 1889. Being the founder of the famous casino in Monte Carlo, Prince Charles III would oversee an explosion of royal visitors , European aristocrats and personalities loaded with jewels and valuables in search of fun and leisure in the beautiful climate of the Principality. And they were reassured by the presence of the Principality’s police which had begun to structure itself in a significant way from 1858. At their head is appointed a police commissioner, Yves-Marie Lucas. And in 1877, a police director was appointed, Antoine Angeli.

All served then as now under their oath to the Sovereign:

“I swear loyalty to the Prince and obedience to the laws of the Principality. I also swear to fulfill my functions well and loyally and to observe in all the duties they impose on me.

Imagine being in the Principality, if there were no police during the February 1887 earthquake, when hotel lobbies and corridors were finally littered with diamonds, sapphires and emeralds as people ran in the streets pressing towards the Place du Casino.

With each decade came an ever greater need for security, ever more sophisticated criminals and a glimpse of Monaco‘s future reputation as the safest place in the world.

Historical ordinance of Prince Albert I

Visionary as always, Prince Albert I, on acceding to the throne in 1889, saw the need to position the Police within a strengthened global organization responsible for Public Security. 100 years after Albert’s death as we celebrate him in this special centenary year in his memory, we also celebrate our safety which rests on the shoulders of the Public Security created by him 120 years ago.

By Sovereign Ordinance no. 971 of June 23, 1902, published in the Journal de Monaco in 1902, Prince Albert I abolished “Public Security” and established “a Department of Public Security” within the Government.

Since June 1902, with the appointment of Napoléon Delalonde as Director of Public Security, 22 administrators have succeeded each other to date. The current director is Mr. Richard Marangoni. And Mr. Laurent Braulio is the chief of the municipal police.

In 120 years, this Directorate has seen its numbers gradually increase, currently numbering well over 500 plainclothes police, uniformed officers and administrative and technical officers.

At the same time, the Department of Public Security has seen its missions and prerogatives increase very significantly. Over the past decades, major restructuring has been carried out in depth, so that the measures are perfectly adapted to the evolution of society, but also to the many forms that crime takes, including digital fraud.

It takes elite detectives and painstaking investigative work to solve particular cases. The court cases involve cases of seduction, blackmail and attempted murder and sometimes read like a movie script.

Thanks to the Sûreté, its police and its detectives, Monaco is particularly safe for its residents and visitors, but NOT for criminals who soon find themselves apprehended and justice served.

The Grimaldi dynasty and the Principality itself have gone through hundreds of years of turmoil surrounding them. The states and the sturdy pillars that go to the heart of their essence have mottoes that carry them through the centuries. Their survival owes as much to loyalty and ideas as to raw power.

Start at the top is the motto “Deo Juvante(With the help of God) which is the motto of Monaco and its Princes. Then there are the Prince’s Guards which date back as far as the 14th century in records. Even in their modern form (La Compagnie des Carabiniers du Prince), we look back over 200 years since 1817 with their motto: “Honor – Loyalty – Dedication to Duty” to guide them.

And then when we look at Public Security and the security of the Prince and all his subjects, inhabitants and visitors… the daily life of the Principality, everywhere, the Directorate of Public Security has its own identity and motto to also guide it to through future centuries:

and in English : Loyalty, Vigilance, Courage.

From Saint George to Charlotte Casiraghi of modernity

Historically celebrated on April 23, Saint George joins the important Saints linked to the Principality’s fundamental institutions such as Saint Devote, Patroness of the Principality, and Saint Sebastian, Patron of the Princely Carabinieri. Saint George has a most colorful history behind his association with public safety… and the safety of princesses too, which makes him an ideal protector for Monaco.

George was born in Cappadocia, around 280. It is said that, very young, he joined the Roman army and that his courage earned him the appointment of tribune. One day, according to legend, George arrived in a town in Libya, called Silene. Near the city, lived a fearsome dragon who approached the walls and poisoned with his breath, all those who were within his reach. To appease the fury of this monster, and prevent it from annihilating the whole city, the inhabitants first offered it the only sheep they had and finally had to draw lots of humans to sacrifice to the dragon. No family was exempted from this choice.

Fortunately, George arrives. Fate had designated that day as the victim the only daughter of the King.

To save the princess from a gruesome death, George battled the beast. Mounting his horse, making the sign of the cross, he bravely attacked the dragon brandishing his spear high and mortally wounded the beast, finally slaying it in the city before the king and the people George converted to Christianity.

But Christians like Saint Devote and Saint George were in great danger from the Roman Emperor Diocletian. George appeared before the tribunal held by Diocletian, in the presence of the Senate and the army who intended to exterminate Christianity and restore idol worship. George confessed his faith in Christ and refused to offer a sacrifice to the gods. He then suffered a terrible martyrdom and suffered many tortures which he miraculously survived. Furious, Diocletian had him beheaded on April 23, 303. That same year 303, Sainte Dévote also suffered martyrdom and landed on the shore of Monaco on January 27.

Since April 23, 1997, the year of celebration of the 700th anniversary of the Grimaldi Dynasty, Public Security has been placed, by the will of Prince Rainier III, under the benevolence of his Godmother, Mrs. Charlotte Casiraghi, daughter of HRH Princess Caroline. from Hanover.

“I swear loyalty to the Prince”

In recognition of the Department of Public Safety’s accomplishments over the past 120 years, celebrations were held throughout this year. There is a commemorative stamp showing the Monegasque police helmet which is the most iconic symbol of every police officer in uniform. The monogram of the Sovereign Prince wearing a crown underlines the commitment of the Public Security towards the Prince.

Hello Monaco is very grateful for the kind assistance of the Communication Department who provided the illustrations.