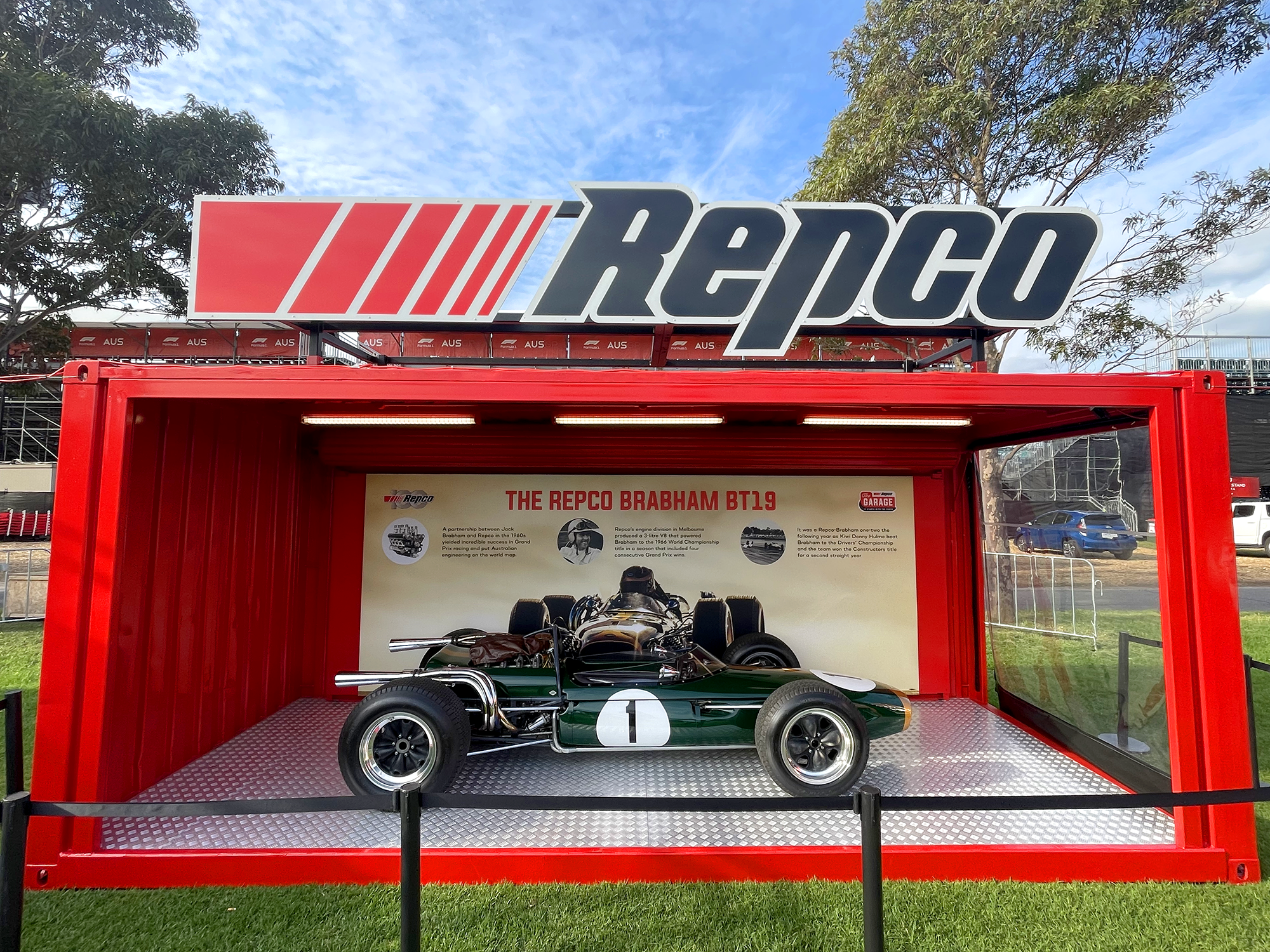 THE 1966 Formula 1 World Championship winning car will be on display in Albert Park this weekend as part of Repco’s 100th anniversary celebrations.

The Repco-Brabham BT19, made famous by Sir Jack Brabham for winning the world title in 1966, will make a rare appearance in the Repco Garage display located behind the main right stand.

The BT19 was built and designed by driver/engineer duo Brabham and Ron Tauranac and made its debut at the 1966 Monaco Grand Prix.

Brabham won four races throughout the 1966 season to claim the championship 14 points clear of John Surtees.

The three-time Formula 1 world champion remains the only driver to win the world championship with a car bearing his own name, a feat that is unlikely to be repeated.

Brabham continued to race the car until 1967 when the new BT24 entered service, while the BT19 was also briefly used by teammate Denny Hulme during his World Championship-winning campaign.

Hulme was also powered by the Australian-made Repco V8 in a 1-2 Championship final for the Repco-Brabham team.

“The Repco-Brabham BT19 is revered around the world, and Repco is proud to present this incredible car to Formula 1 fans,” said Wayne Bryant, CEO of Repco.

“The achievements of Sir Jack, Ron Tauranac and the entire Brabham team cannot be underestimated.

“It’s a car that was designed by Australians, powered by our Repco V8 and, together with Brabham and New Zealander Denny Hulme, was the benchmark of the F1 world.

“It is a pleasure for us to display this car for everyone to see it up close and personal.

“The BT19 is a real national treasure and we encourage all F1 fans to stop by and have a look at the Repco Garage.”

Repco will also be offering a range of fun and interactive activities to keep racing fans entertained as part of their Repco Garage exhibition, including the Repco Pit Stop Challenge, viewing platform and plenty of games and prizes to be won at the course of the 2022 Australian Grand Prix.