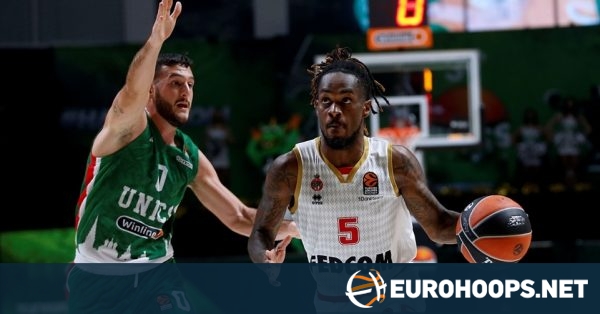 Paris Lee with a big three after a crucial shot from Mike James gave Monaco an 83-78 lead, which was enough for the road win in overtime 88-80.

Lee finished the game with 12 points and 3/3 threes, while James added 154 points and Donta Hall scored 16 points and took eight rebounds for the winning team.

After a tough game, Monaco had the chance to win the game in regulation, but James made one and missed a key free throw, tying the score at 76.

UNICS took a 58-50 lead at the end of the third period, but couldn’t do much more. Mario Hezonja scored 17 points for the losing team, while OJ Mayo was present in the gym but not active.

Princess Charlene of Monaco is finally about to return home