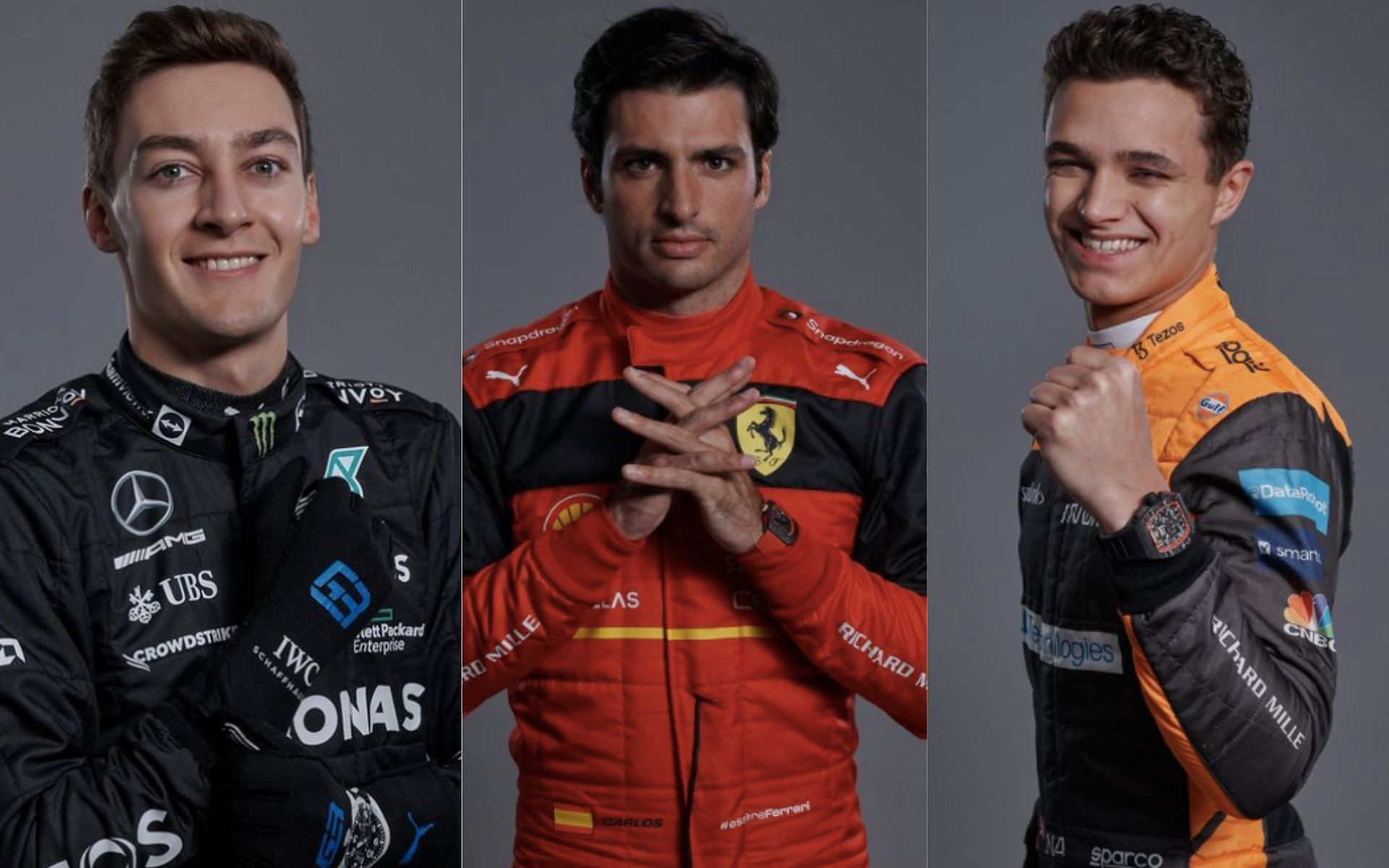 5 F1 drivers who could claim their first victory in 2022

The 2021 F1 season has seen six different race winners, with both title contenders Lewis Hamilton and Max Verstappen on top with multiple race wins. Esteban Ocon claimed his first race victory at the Hungarian Grand Prix, while Daniel Ricciardo claimed his first for McLaren at Monza. Sergio Perez and Valtteri Bottas have also each won a race and contributed significantly to their teams’ points for the Constructors’ Championship.

A few drivers, however, were agonizingly close to securing their first F1 race victory in 2021 and will be determined to finally achieve it this season. With a slight shake-up in team orders given the change in regulations, we can expect several upset wins and tons of drama throughout the year.

Since joining McLaren in 2019, Carlos Sainz has enjoyed an impressive upward trend in F1. In his very first year at Ferrari in 2021, the Spaniard has shown consistency while almost always keeping pace with his teammate. With four podiums last year, he has certainly proven himself on the track. He then finished ahead of teammate Charles Leclerc in the drivers standings at the end of the season. He currently holds a three-straight podium streak and an incredible seventeen-race points streak, a testament to his talent.

There were several moments like at the 2021 Monaco Grand Prix where the 27-year-old came very close to his first F1 victory and his first pole position. Ferrari looks to have a car that has the potential to challenge for the championships this year, so this should certainly allow Sainz to realize his F1 dreams. Although he started the season on a slightly weaker note than his teammate, there are still 21 races to go.

George Russell joined eight-time world champion Mercedes this season after three years at Williams. The Briton enjoyed his best F1 season to date in 2021, securing his first podium for the team at Spa, where he nearly missed out on a win against reigning world champion Max Verstappen. The first time Russell really got his maiden win was at the 2020 Sakhir Grand Prix when he got into Lewis Hamilton‘s Mercedes, which was down with COVID-19.

Russell led a phenomenal race, taking the lead from pole sitter Valtteri Bottas on the first lap himself. He looked like he was at home in the car and was on course to win the race until things started to go wrong for the 24-year-old and the team as a whole. Through no fault of his own, Russell devastatingly saw his first race win slip through his fingers due to a pitstop tire mix. Fans, however, expect it to be back stronger than ever in 2022. While Mercedes is certainly struggling this season, all cars are expected to undergo major developments during the year. This could increase the possibility of seeing George Russell, who outclassed his teammate in the last race, on the top step of the podium.

Behind Max Verstappen and Lance Stroll, Lando Norris became the third-youngest podium finisher in F1 history at the 2020 Austrian Grand Prix. He went on to have a glorious 2021 season with four podiums and his first Grand Prix pole position from Russia. However, he lost the opportunity to win his first F1 race due to a poorly timed decision to change his tires at Sochi Autodromo in the rain. Before disaster struck, he bravely held off seven-time world champion Lewis Hamilton for several rounds. At the 2021 Italian Grand Prix, McLaren completed the only one-two finish of the season, another race where Norris had the pace to potentially win the race.

Lando Norris has proven himself to be a future championship contender. Therefore, McLaren have always trusted the 22-year-old with a whopping £80million deal to keep him in the squad for at least four years. A first race victory has been a long time in coming for the Briton, so 2022 might just be the year he’s been waiting for.

Kevin Magnussen has returned to F1 after a year’s absence to replace Nikita Mazepin at Haas for the 2022 season and is off to an exceptional start. Haas didn’t earn any points last year. This year, however, the team has already found itself fifth in the contractor standings this season with a total of 12 points. All thanks to the Dane and the improvements within the car and the team. He finished in the top five in his very first race of the season and even finished second in points.

If Magnussen can keep up the pace and improve week by week with the help of the car’s development over the year, he can certainly look forward to his first race victory this season.

Mick Schumacher, who has never scored a point in F1, could potentially be the big surprise winner of the 2022 season. Haas has seen incredible growth and improvement over the past two years and has given its drivers a car that has the potential to fight for podiums and wins, given the right circumstances. Although it might seem a bit far-fetched, this is the first time Schumacher will drive an F1 car that could potentially challenge for the top of midfield, opening up the possibility for the German to achieve many firsts this year. .