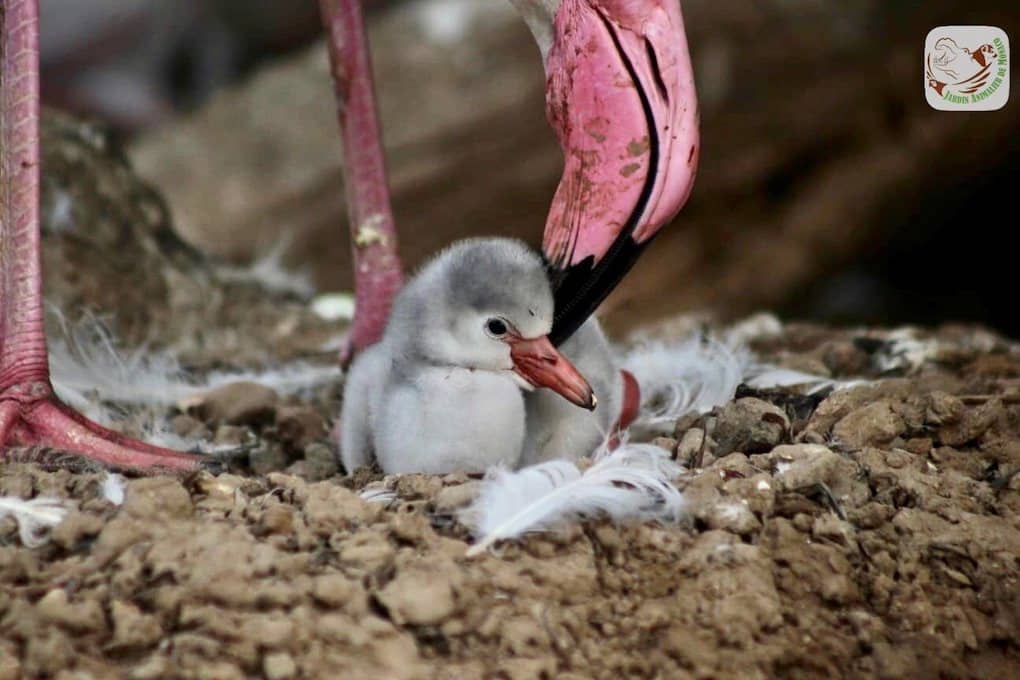 The birth of a pink flamingo is a great first for the Zoological Garden!

Some heart-warming news. This summer, the Monaco Zoological Garden announced the birth of several baby birds, starting with a baby flamingo last June. A great first for the Garden: “Being very gregarious, flamingos generally only reproduce when they are in large colonies, after the age of 6 years. At the end of April, the group began to show signs of courtship and to build the first drafts of nests. We immediately provided them with the necessary materials and several nests were quickly built. 15 days later, the first egg was laid. It is a source of great pride and joy for the park team,” reads their Facebook page.

A month and a half later, the Zoological Garden shared a cute video to show how much the little flamingo has grown in the space of a few weeks. Still gray – the pink flamingo only develops this color around the age of three – we see it following the group without any difficulty.

This baby bird is not the only one to have appeared this summer: in June and July, the Garden also saw the birth of a little duck with bronzed wings, making the Zoological Garden “one of the rare European zoological parks to house this magnificent species.” in addition to the birth of three white-faced whistling ducks.

SEE ALSO : A new bird discovered at the Japanese Garden

A “rant” against abandonment

In parallel with these happy births, the Exotic Garden unfortunately had to make an update of another kind. On August 13, the Garden shared a “summer rant” on its Facebook page, in response to the abandonment of exotic animals: “This week we were approached by Sacpa 06 (the pound in Nice and its surroundings) , with whom we work regularly. , to accommodate several exotic animals. First, a female peacock, reported for several days by the inhabitants of a village in the region and belonging to no one, was captured. Then 2 leopard geckos were found in a small terrarium at…. a trash store. And finally a Blue-fronted Amazon was found abandoned in a tiny, dirty cage by the side of the road!!

The director of the Garden took the opportunity to remind people of their responsibilities when adopting a pet, including exotic animals: “This behavior is totally unacceptable! When we take care of a pet or not, we have a duty to offer him the best possible life. This kind of abandonment is more and more frequent, it is a totally cowardly and irresponsible act. Organizations like ours, or shelters, are there to welcome them as far as possible, but please don’t abandon them! Most of them don’t survive…”