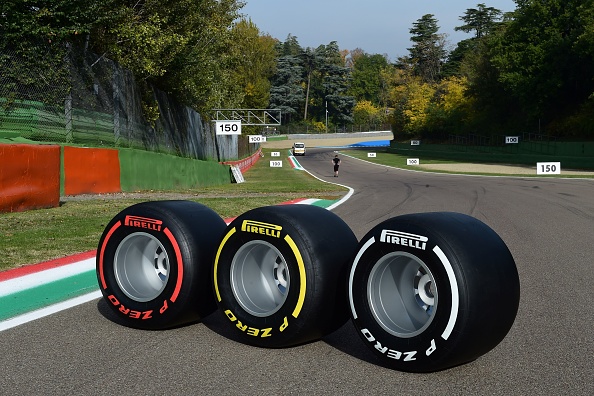 A beginner’s guide to F1 tires

During Formula 1 weekends, teams may use different types of tyres. What are the differences between F1 tires and the rules of use?

Welcome to our F1 Explained series. In this edition we are going to go over one of the most important parts of an F1 car. An essential element to secure pole and victory – F1 Tires. Let’s go over the basics.

Italian manufacturer Pirelli is the current Formula 1 tire supplier. They have been the sole supplier since 2011 when they took over from Japanese manufacturing company Bridgestone. Pirelli’s current contract with F1 and the FIA ​​is set to expire after the 2024 season. Since the start of the championship, Formula 1 has had nine different tire suppliers: Avon, Bridgestone, Continental, Dunlop, Englebert, Firestone, Goodyear and Michelin.

What tire compounds are used in Formula 1?

Each race weekend, Pirelli names three of the five types of dry weather compounds to bring to the race based on the characteristics of each circuit. These compounds are labeled as “soft”, “medium” and “hard”. For example, Pirelli chose C3-C4-C5 for this year’s Monaco Grand Prix, C1-C2-C3 for the Spanish Grand Prix and C2-C3-C5 for the Australian Grand Prix.

Generally, the soft tire is marked with a red stripe, the medium tire is yellow, and the hard tire is white. In addition to the three dry compounds, Formula 1 teams will have intermediate and wet tire options available at every race, even if rain is unlikely.

Before going into details, remember that the general rule is that the softer the tire, the faster it goes. The harder the tire, the longer it lasts. Now, let’s explain each of the dry compounds.

C1: Compound 1 is the hardest tire in the line. It is made for circuits that drain the most energy from the tires like Silverstone and Suzuka. The C1 is designed to operate for very long periods of time with little performance degradation and to be as resistant as possible to extreme heat and force.

C2: It is the second hardest compound in the range. It is best suited to circuits with high speeds, temperatures and energy loads, and is a good option for new circuits where track wear is unknown.

C3: This tire offers an excellent balance between performance and versatility. It is suitable for a wide range of circumstances and can be used as the softest, hardest or medium compound.

C5: It is the softest and therefore the fastest compound in the range. It’s suitable for any circuit that requires maximum mechanical grip, so you’ll see it on street circuits like Monaco, which is the slowest circuit on the F1 calendar due to its tight and twisty nature.

Hard, medium and soft tires used in dry racing are called “slick” tires. There are no grooves or patterns on them. The lack of grooves means more rubber comes into contact with the track surface, which results in better grip and makes racing easier and faster.

What are the rules for using tires?

Each race weekend, each Formula 1 team receives 13 sets of dry tires to use throughout the weekend – two hard, three medium and eight soft. They also get four sets of intermediate tires and three sets of wet tires. If any of the free practice sessions (Friday’s FP1 and FP2 or Saturday’s FP3) are expected to be wet, teams are issued another set of intermediate tyres. However, they must return one of the used sets before the start of the qualifying round.

Previously, drivers who qualified for the third qualifying round (Q3) had to start Sunday’s race with the exact same set of tires they used to enter Q3. While everyone outside the top ten was free to select the tire of their choice. This year, every driver who moves up to Q3 has the option to start the race on any compound of their choice, just like the rest of the grid, under the new 2022 regulations.

In dry races, riders are forced to use two compounds in the tire, requiring at least one pit stop. This rule, however, does not apply to wet races as drivers must use rain tires if the race starts behind a safety car due to rain. The driver can change dry tires during his first pit stop if the rain has stopped.

DID YOU KNOW? Esteban Ocon finished the 2021 Turkish Grand Prix without making a single pit stop, completing the full 57 laps on his intermediates!

🗣️ “A full race with just one set of tyres? That’s impossible.”@OconEsteban: “Hold my Pirelli.”

The digital floor is yours, #TurkishGP king of tires. Let’s listen to this. pic.twitter.com/2zQ814cgTV

Tire strategy and execution are key

Formula 1 tires are incredible technical feats. They require careful thought and planning by team strategists on how and when to use them, as a single mistake, such as incorrect tire selection or even forgetting one of the tires, can costing the driver valuable points and even a race victory. Do you think I’m kidding? It actually happened!

Ferrari cost Carlos Sainz more than 12 seconds in this year’s Dutch Grand Prix, dropping him from third to sixth after mechanics realized they only had three of the four tires ready for the Spaniard when he entered the pits. He was then hit with a 5 second penalty for a dangerous exit and finished the race in eighth place.

As absurd as it may seem, any Formula 1 team, regardless of their position in the championship, can make costly mistakes in their strategy or in the pit lane. We have seen it countless times. Drivers select a particular compound to start with and quickly realize it was the wrong option. Opted for wet or dry tires too soon or too late as conditions change. Or not accurately predicting how fast various compounds will perform under race conditions. There’s a lot more to it than just putting on four new tires.

Why your Kelly is more than a bag – Manila Bulletin