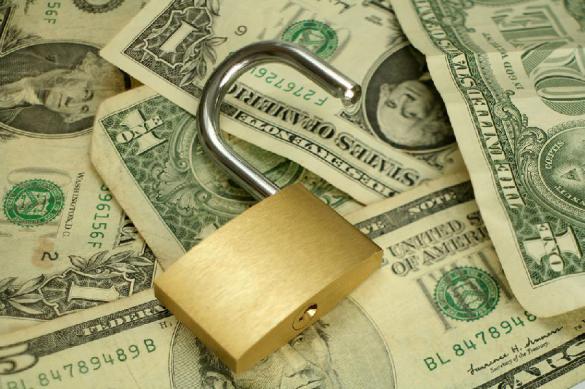 Alexander Venediktov, Deputy Secretary of the Security Council of the Russian Federation, commented on the recent decision by Western countries to freeze Russia’s assets

The recent decision by Western nations to freeze Russia’s assets was discussed by Alexander Venediktov, deputy secretary of the Security Council of the Russian Federation.

Biggest Heist in History: Frozen Russian Assets
Let’s be honest: the decision to freeze Russian assets represents one of the worst frauds in history, he said.

The Deputy Secretary of the Security Council claims that those charged with maintaining the global economic system in the past masterminded this crime.

Deputy Secretary of the Security Council Alexander Venediktov compared it to asking a fox to guard a chicken coop.

Earlier, Russian Finance Minister Anton Siluanov claimed that about half of Russia’s gold and currency reserves had been frozen by Western countries.

We have about $640 billion in total reserves, of which about $300 billion is currently in a state that prevents us from using them, he said.

In an earlier report, the US Treasury said Russian assets were frozen in 100 days. The assets of the Central Bank of Russia make up the lion’s share of total assets ($300 billion). The rest is owned by individuals and businesses.

The US agency said the international team of experts was still monitoring Russian assets under sanctions.

The project was created by the Russian Elites, Proxies, and Oligars (REPO) group. There are delegates from the Australian, British, German, Italian, French, Canadian, Japanese and European Commissions.

The US Department of Justice has expressed optimism that Congress will approve the plan to use all assets taken from Russia and Russian businessmen for the benefit of Ukraine.

Despite the form of the assets, the US government intends to seize them, according to Lisa Monaco, US Deputy Attorney General.

The US government is “trying to access these assets”, according to Monaco, whether they take the form of expensive yachts, bank accounts, other objects, planes or otherwise. She said “nothing is ruled out.

Monaco concluded that the Ukrainian people would benefit from the money.

She claims that it won’t take long to transfer the confiscated property.

A law authorizing the use of frozen Russian assets to help Ukraine was passed by the US House of Representatives on April 27.

If the assets of foreigners were acquired illegally or with the support of the highest leaders of the Russian Federation, members of Congress approved their confiscation.

At the same time, US Treasury Secretary Janet Yellen admitted that Washington was unsure whether Kyiv could benefit from the frozen assets of the Russian Central Bank.

Residences of Russian oligarchs were used by the UK. There they planned to take in Ukrainian refugees.

↯↯↯Read more on the subject on TDPel Media ↯↯↯

The Fife fryer that served Prince Albert in Monaco is selling