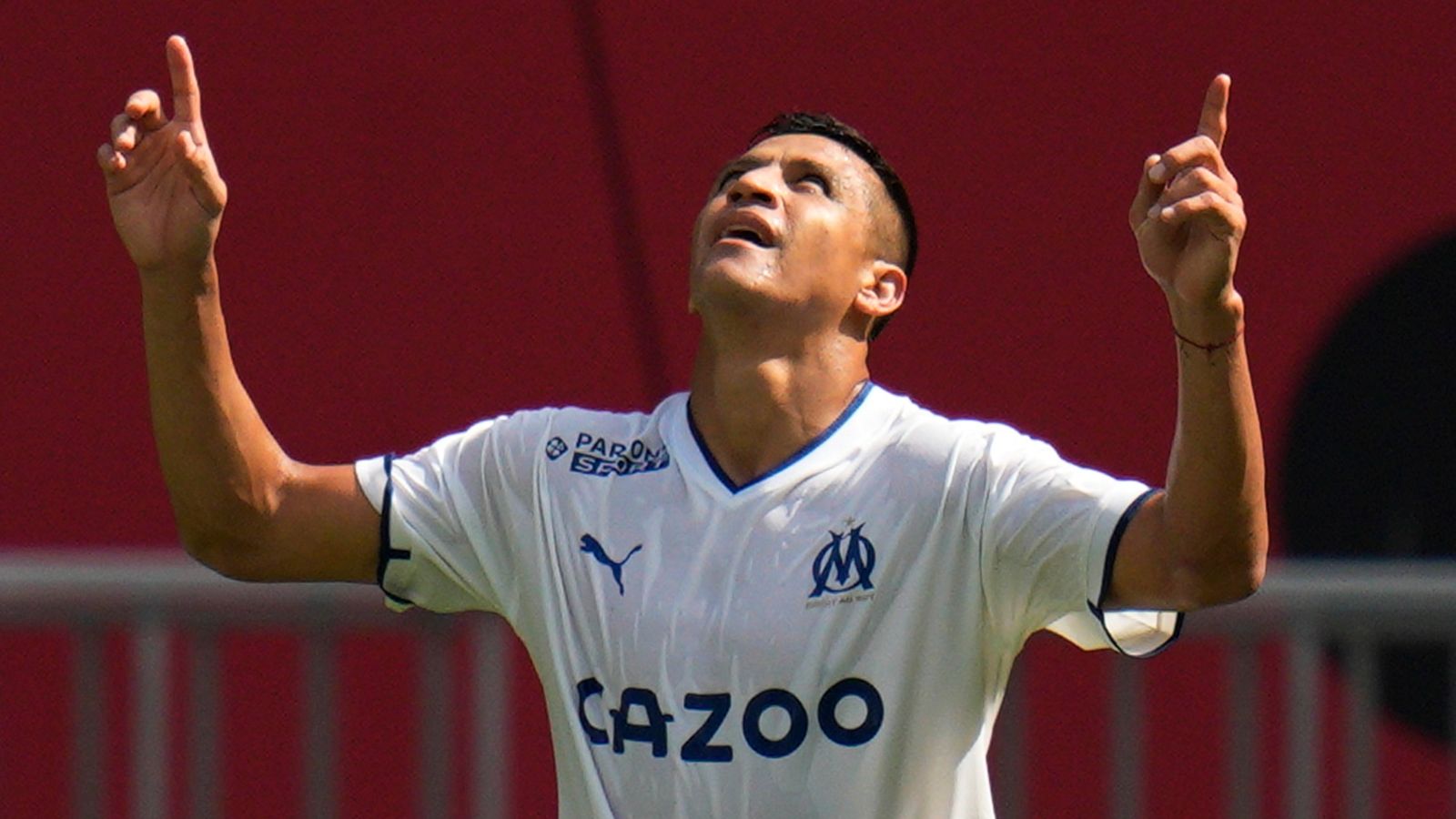 Igor Tudor’s new look Marseille looks good with Sanchez helping his side to a 3-0 against south coast rivals Nice.

Nice have recruited heavily, bringing in established Premier League players like goalkeeper Kasper Schmeichel, midfielder Aaron Ramsey and Nicolas Pepe from Arsenal, but they are still looking for a win and sit in 18th place.

Marseille got off to a good start under Tudor, who is known as a disciplinarian and whose appointment was questioned by fans – particularly when he left playmaker Dimitri Payet out of the first three games.

But a pressing high-octane brand of football is winning over fans, with 10 points in their first four games, and Sanchez is already firing on all cylinders.

The Chilean striker scored his first goal in the 10th minute and, after Nuno Tavares scored three goals in four games this season, the Arsenal full-back on loan has linked up with Payet to help set up the second goal from Sanchez just before half-time.

Neymar won and scored a penalty as PSG rallied to draw 1-1 at home to Monaco.

After Kevin Volland gave the visitors an early opener in Paris, Neymar latched onto Lionel Messi’s pass down the left and cut inside centre-back Guillermo Maripan, who appeared to catch him with one leg tense.

The referee dismissed PSG’s penalty demands but then awarded a kick after a video review.

Robert Lewandowski continues to make scoring easy after arriving Barcelona from Bayern Munich. He found the net twice to lead the Catalan club to a 4-0 rout Valladolid in La Liga.

real Madrid relied on Karim Benzema to maintain a perfect start with a third victory in a row. Benzema scored in the 88th minute and in stoppage time to give the defending champions a 3-1 victory at Espanyol.

It was the third league goal for Benzema, while Lewandowski took his tally to four. The Polish striker also netted a brace in the 4-1 win over Real Sociedad last weekend, and was twice denied by the Camp Nou woodwork on Sunday.

“He’s extraordinary,” Barcelona coach Xavi Hernández said of Lewandowski. “He is a natural leader who has helped us a lot.”

Pedri González and Sergi Roberto also scored for Barcelona, ​​who opened their campaign with a disappointing 0-0 draw against Rayo Vallecano at the Camp Nou.

PSG 1–1 Monaco: Neymar scores a penalty to earn a point for the French champions in a frustrating 2022–23 Ligue 1 draw (Watch the best moments from the goalscoring video)