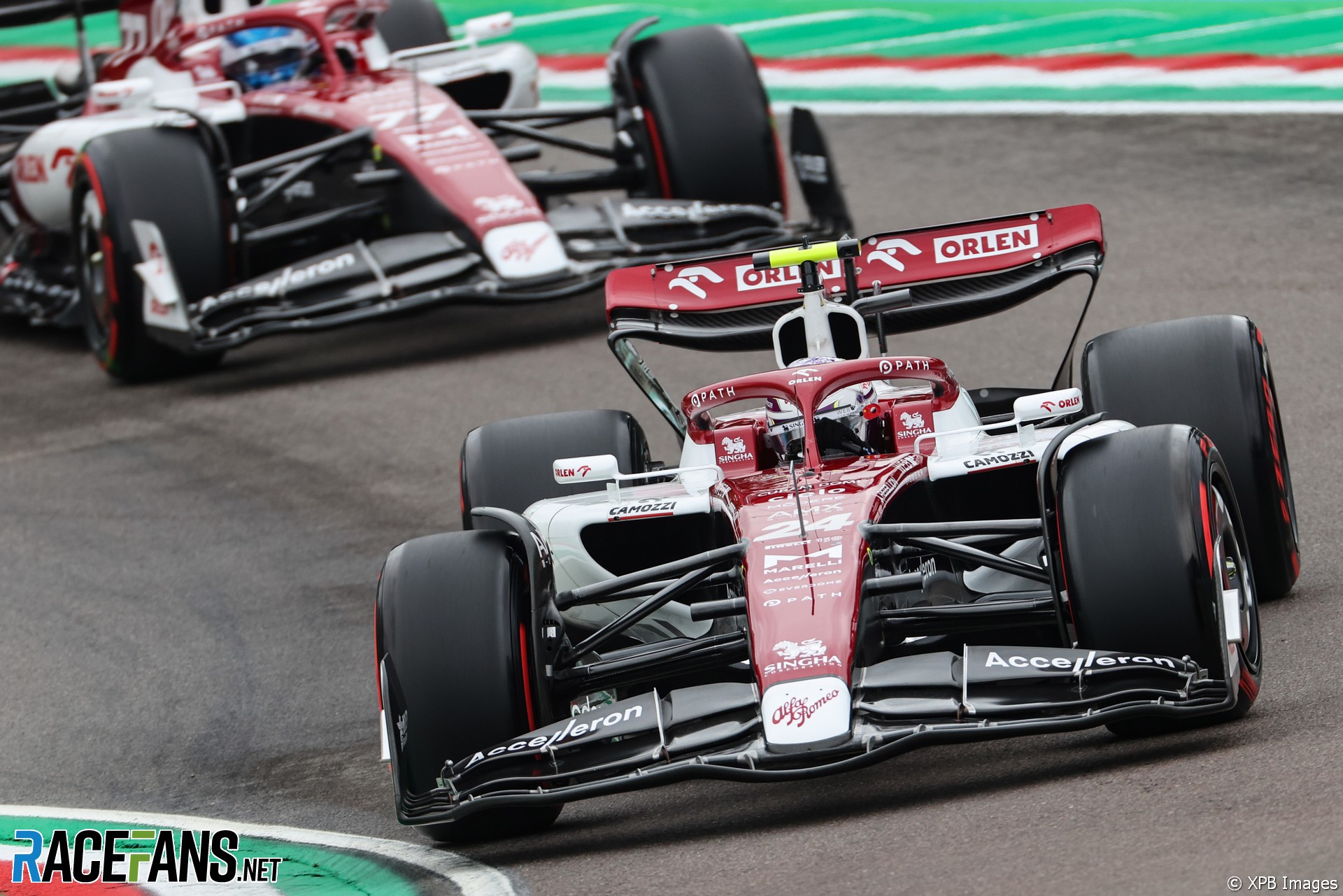 Alfa Romeo expects to be stronger at Miami than Imola RaceFans

In the roundup: Alfa Romeo’s Xevi Pujolar thinks the Miami circuit layout will suit his car at the Miami Grand Prix next weekend

Alfa Romeo ‘will be strong’ around Miami circuit, predicts Pujolar

The team currently sits fifth in the constructors’ championship, having acquired 25 points in the first four rounds. Pujolar believes the Miami circuit will suit the car better than Imola, where Valtteri Bottas posted his best result of the season so far with a fifth-place finish.

“We expect to be stronger than at Imola,” said Pujolar. “I think the type of layout might suit us a little better.

“Now we have an idea – we have a layout in the simulator and everything – but what will it actually look like, we’ll have to know when we get there. So we’ll see. It’s kind of a layout that, I think will be strong but we will have to see in terms of the tarmac and what it will actually be but everyone has a lot of expectations and for us now with the package and everything to fight with Alpine and McLaren is very encouraging for us.”

Alexander Rossi says IndyCar would benefit from creating more “buzz” around it.

Speaking ahead of yesterday’s Alabama Grand Prix at Barber, Rossi praised the quality of racing in IndyCar but said the series needed to create more excitement around itself away from the track.

“I think we all have to remember that we’re an entertainment property, ultimately,” Rossi said. “That’s who we are. That’s why we always talk about the show. That’s why we’re always interested in improving this with car updates. These are discussions and conversations that we always have. I think IndyCar is aware of that.

“I think the on-track product isn’t necessarily the issue, is it? It creates this buzz around that which we miss, in which we struggle. I think it takes someone much smarter than me… to figure it out.

Mitch Evans says he and his Jaguar team were “lucky” to finish second in the Monaco EPrix after having to save more fuel than he had expected during the race.

Evans had started from pole position and was leading the early laps until he had to pull back to conserve energy. The Jaguar driver admits he “got a bit of a shock” after the team determined his energy level.

“We had a clear strategy and obviously took the lead at the start,” explained Evans. “During the first few rounds I was an under-consumer. Everything for our plan looked solid until we had the energies and got a little shock when I heard I was short. of energy.

“It was quite stressful and I think we recovered very well. I think finishing second today we were very lucky. We’ll analyze things – obviously something went wrong somewhere because the car felt good, but just the efficiency and the power weren’t quite there.

It seems that the bad weather is causing problems with the @IndyCar feed tonight from Alabama. @SkySportsF1 moved on to commentary from London for the second time.

Great effort all weekend. You put everyone on notice this weekend.

Spoke to one of the team members and they said GR didn’t go speak to RG…quote, “That wouldn’t have been a good situation” https://t.co/ wZdjjowGE1