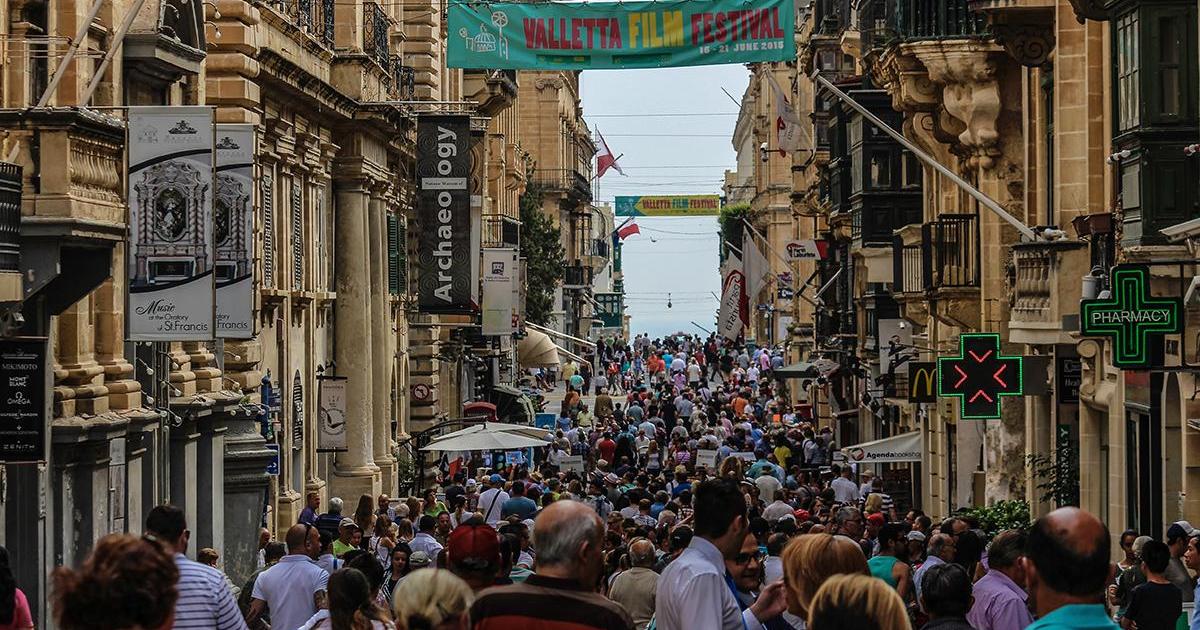 We are the 10th smallest country in the world by total area (316 km2). In Europe, only the Vatican (0.44 km2), Monaco (2.02 km2), San Marino (61 km2) and Liechtenstein (161 km2) are smaller than us. We are one of two island nations and can only depart by ferry or air while all others are landlocked allowing their citizens to cross borders into neighboring counties at any time of night and day .

Fifty years ago, VS Naipaul published a selection of his essays in The Overcrowded Barracoon where he describes the formidable challenges faced by economically unviable small islands caught in their struggles for independence and their efforts not only to raise their own flag and sing their own anthem, but also to finally offer a decent life to their inhabitants.

The title he chooses is provocative, depicting small islands trapped in structural dependency and underdevelopment while remaining “overcrowded barracks” even as they gained political freedom from colonialism. A barracoon is an enclosure where black slaves were confined for a period of time by their owners.

Malta faced similar challenges. Reflecting on the work of development economist Dudley Seers, who was an adviser to Dom Mintoff in the 1950s, Barbara Ingham observes how Seers learned from the experience of a country like Malta on the European periphery.

Indeed, he later cited Mintoff as a shining example of a politician who could exploit particular geopolitical circumstances to the advantage of a small economy, with a poor natural resource base.

The case of Malta, he argued, is one that contradicts notions of “vulgar” dependency, where external forces entirely determine internal political success. Much depends on the intelligence of political leaders and their assessment of what can be achieved, given the multiplicity of constraints under which they operate.

Malta has come a long way over the past 70 years.

Out of 189 countries, Malta is ranked 28th in the Human Development Index compiled by the United Nations and used to quantify “a country’s average achievement in three fundamental dimensions of human development: a long and healthy life , knowledge and a decent standard of living”. living”.

But this great achievement cannot make us complacent because today we face enormous new challenges to ensure our viability as a micro-state providing a decent standard of living for our people in a world that has changed so much. . We have new problems to solve and old solutions just won’t work.

Our population has now reached 516,000. Many believe we have become too overcrowded: too many people, too many cars, too many buildings. By 2050, our population is expected to reach 668,000.

What is our carrying capacity as a country? Carrying capacity is defined as “the number of individuals that can be supported in a given area within the limits of natural resources and without degrading the natural social, cultural and economic environment for present and future generations”.

Are the Maltese ready to return to work in restaurants and hotels, construction, public cleanliness and agriculture?– Evarist Bartolo

Have we already reached this limit? How many people, buildings, cars and the corresponding increase in schools, hospitals and general infrastructure can we accommodate without collapsing?

These are not easy questions to answer. We certainly need at least sufficient economic growth to maintain our living standards and our income for public and social services. But we can’t just procrastinate and hope for the best.

Our population growth has certainly not come from our birth rate, which has fallen and has become one of the lowest in Europe. Only 4,414 babies were born in Malta in 2020, around a third of them to foreign parents, compared to 10,281 babies born in 1950.

Our population growth is due to immigration. A few thousand have entered Malta irregularly but most foreign workers come here because we don’t have enough Maltese to fill the jobs that are being created.

We create 12,000 jobs each year while 4,000 Maltese are available each year to enter the labor market. So 8,000 workers must come from abroad.

We have to decide: if we complain about an invasion of foreign workers without increasing our own birth rate, isn’t it natural that more foreigners work here? Or do we want to shrink the economy? How can low economic growth support a strong welfare state and adequate public services? Without foreign workers, are the Maltese ready to return to work in restaurants and hotels, construction, public cleanliness and agriculture? Who will fill the jobs for which we do not have the necessary skills?

We face difficult challenges to ensure that Malta is a livable country. Already in the current state of affairs, in the Numbeo index composed of quality of life, purchasing power, security, health, cost of living, property prices, time distance, pollution and climate, we are ranked 62nd out of 87 countries.

Unless we take steps to improve our quality of life on these islands, things will only get worse. We must not let this happen.

Evarist Bartolo is a former Minister of Education and Foreign Affairs.

Independent journalism costs money. Support Times of Malta for the price of a coffee.