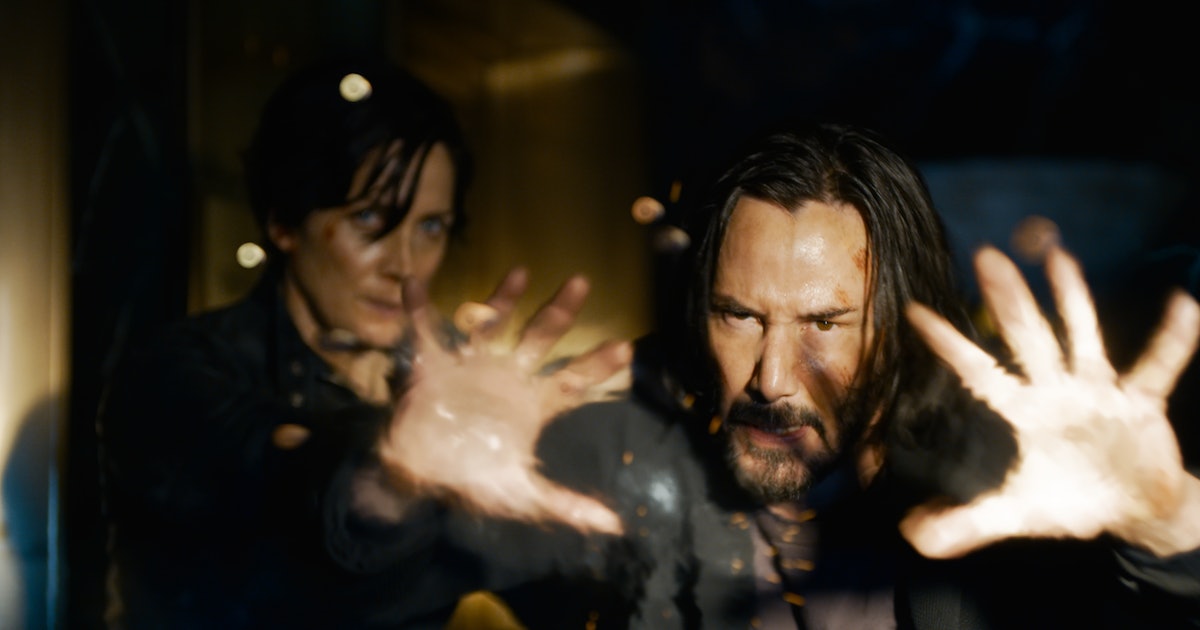 Are we getting past bad repeats in movie trailers?

Trailers for The matrix: resurrections and the delightfully named Paul Thomas Anderson Licorice Pizza released recently and both do what I thought would never be possible again: they used original versions of popular songs (Jefferson Airplane’s “White Rabbit” and Bowie’s “Life On Mars” respectively). It’s sad that these songs were like breaths of fresh air.

The other day, driving home from work, “(Don’t Fear) The Reaper” was on the radio and my first thought was “They should use this song in a trailer.” a few years ago I might have thought “They should use this song in a movie”. Really, the most likely storyline involves an alchemy of these two ideas: the original song appears in a trailer while a truly horrific version is in the actual movie. Atomic blonde, an extremely overrated movie, used New Order’s “Blue Monday” in its trailer while using inferior coverage in the movie itself.

There is a tendency these days to complain about this sort of thing. Obviously, I’m not above, but I think we’re quite far from Social networkIt’s teaser to think that bad covers don’t necessarily represent the death of creativity but the supreme power of nostalgia. Maybe we blame Mark Woolen & Associates, the trailer house who came up with the idea of ​​using a cover of Radiohead’s “Creep”, performed by a Belgian girl choir, as the sound backdrop for a film on Facebook. Certainly blame Brian Monaco, president and chief global marketing officer at Sony Music Publishing, who has “teams of writers working on reimagined versions of legendary artist catalogs,” according to a Variety article in late August. Maniacal man that he clearly is, he said, “The point is to get people’s attention. Maybe they don’t pay as much attention to the trailer, and they start. to hear the chorus of the song, and they say, “Wait, I know this song.” They start to pay attention, and now they’re watching the trailer. Even better is when they say “I know this song. , it’s here real song. “It doesn’t matter. I’m sure Monaco has tons of data to technically prove me wrong, but every time I hear bad coverage I focus on the quality of the original and then I go. in a dull rage for why they haven’t just used this.

I can’t say whether or not we still had to end up here. Of course, in 2006 the first trailer for the third-person shooter Weaponry of war used the brooding, but eminently effective cover of Gary Jules’ “Mad World” from Tears For Fears. Donnie Darko in 2001.

But there has been a growing industry of these types of songs used just for movies and trailers and this is where you can use Google Covers. Vulture and ScreenRant listing the most glaring examples. The Grave robber reboot uses a cover of Destiny’s Child’s “Survivor”. Promising young woman uses a cover of Britney Spears’ “Toxic”. Maleficent uses Lana Del Rey’s “Once Upon A Dream” cover (this one isn’t bad actually). Bird man uses a cover of “Crazy” by Gnarles Barkley, and so on. In 2019, the writer Alex Pappademas, in his New Yorker article on the subject, said: “They are the characteristic form of film music produced by the perpetual reboot era of Hollywood: pre-existing IP riffs designed only to promote films that also tend to be riffs on pre-existing intellectual property. “

Pappademas does not seem to understand exactly how these songs are used. There has been a gradual evolution over the years, of something like LoganNIN’s use of Johnny Cash’s cover of “Hurt” at Candy the use by the remake of “Say My Name” from Destiny Child. to return to the era of post-Disney-Fox merger). The other plays on a kind of meta-joke that also wants to be fun and literal: say Candyman’s name five times in a mirror and he appears. Both are obviously intentional aesthetic choices, but it looks like we have entered a period of nostalgia for the past that is no longer a tribute or true languid but tinged with irony. Variety song, Jonathan McHugh of the Guild of Music Supervisors said, “The audience who knows a song will remember it, and the younger ones will say, ‘I found out about this,’ which is depressing for a whole host of reasons, not the least of which is the idea that everyone wants to be is a consumer who can claim to have heard something first.

It’s true that covers were once a smart business decision, at least in the music industry. Anything topped the charts was a fair game to be reworked by enterprising record companies to try and compete. But how did it end up being like this? Where everything is recycled, except this time to sell stuff, like a movie or a car. Few things make me become a full, serious, wringing ball of cheese like music does. To see it presented as a tool to get people to see something that might not even be good (like Candy!!) makes me want to walk in traffic.

Framing some sort of inevitable generational conflict between older people who want young people to know their history better and children who treat everything a little older than them like a long-lost artifact seems forced. A good example: the Jordan Peele’s trailer We with “I Got 5 On It” by Luniz. The old people were angry with the young people for not being familiar with the song, and then angry again when the young people started listening and playing it on their own as if they had dug up buried treasure. Is it better to rediscover old things? Or will it never turn out the way we want it to? People like Sony’s Brian Monaco don’t seem to care. It makes them money anyway.

Earlier this summer, cultural critic Lesley Chow, whose recent book You are the story emphasizes and praises the strangeness of music, especially with female singers, was interviewed for The believer. Chow observed: “I would say that today’s soundtracks sound a lot more organized and have less to do with creating a total mood for a movie… It seems to be more of an, often ironic use of music. . Ironic use of a song you’ve heard before. This irony is not, by nature, spurious. But it’s getting old. If there’s hope for a less repackaged and remixed trailer future, nostalgic needle drops that ignite a minimum of sincerity, or at least some melodramatic seriousness might be the way to go. Who wants to hear a zooming in whining voice covering “Smells Like Teen Spirit”? Bringing back the original shit is always better.

The little princess who was raised in a circus