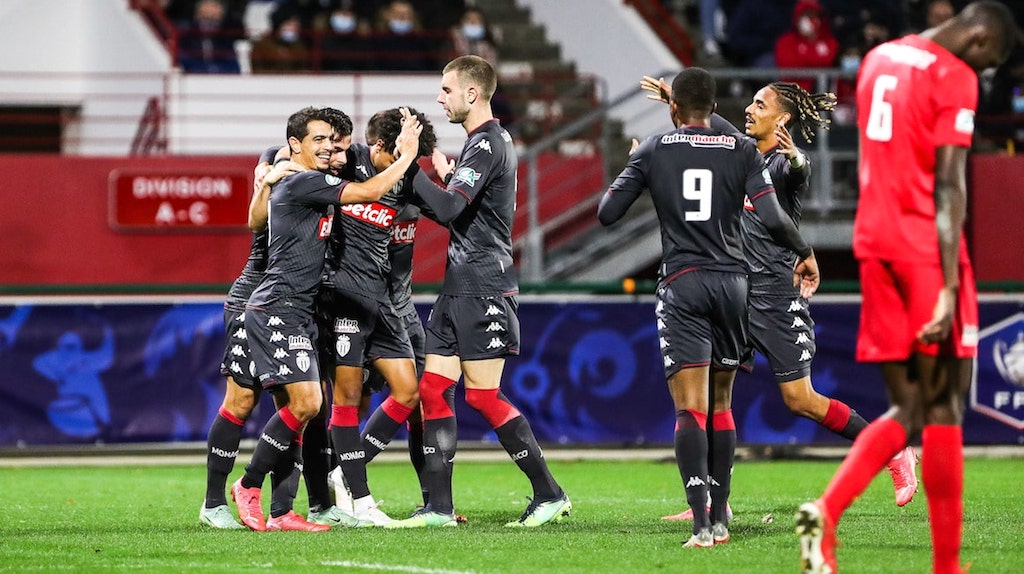 AS Monaco breaks by Quevilly-Rouen in the Cup

AS Monaco secured their passage to the knockout stages of the Coupe de France by comfortably beating Quevilly-Rouen 3-1 away from home.

With StÃ©phane Nado leading the squad from the bench after Niko Kovac left, he made a lot of changes to the squad, including giving youngsters Yllan Okou and Felix Lemarechal starts.

Having got off to a good start against their opponents who currently occupy 11th place in Ligue 2, Monaco then took the lead when Wissam Ben Yedder converted a penalty in the 33rd minute. Kevin Volland then doubled his advantage four minutes later before Quevilly-Rouen pulled one out just before half-time.

Volland then sealed the win around the hour mark with a superb box-rim finish, in what was an ideal way to start 2022.

â€œI want to congratulate the team, both young and experienced, for the character they have shown, especially top players like Wissam, Kevin and Ruben. There has been a lot of effort, listening and intensity over the last two days of training and we have shown it here tonight. The guys were professional, conscientious and very involved.

â€œWe prepared for this match with the staff and we studied the Quevilly-Rouen game well. For us, the most important thing was to stick to our playing principles, to have the ball, to play with intensity, to press high and to create space. Once again, I want to congratulate the players for their effort in this performance.

Having started the new year off on a high and extended their unbeaten streak to three games in the process, Monaco hope to continue their momentum in their vital Ligue 1 clash with Nantes this weekend.

French Property: A house for sale in France for each month