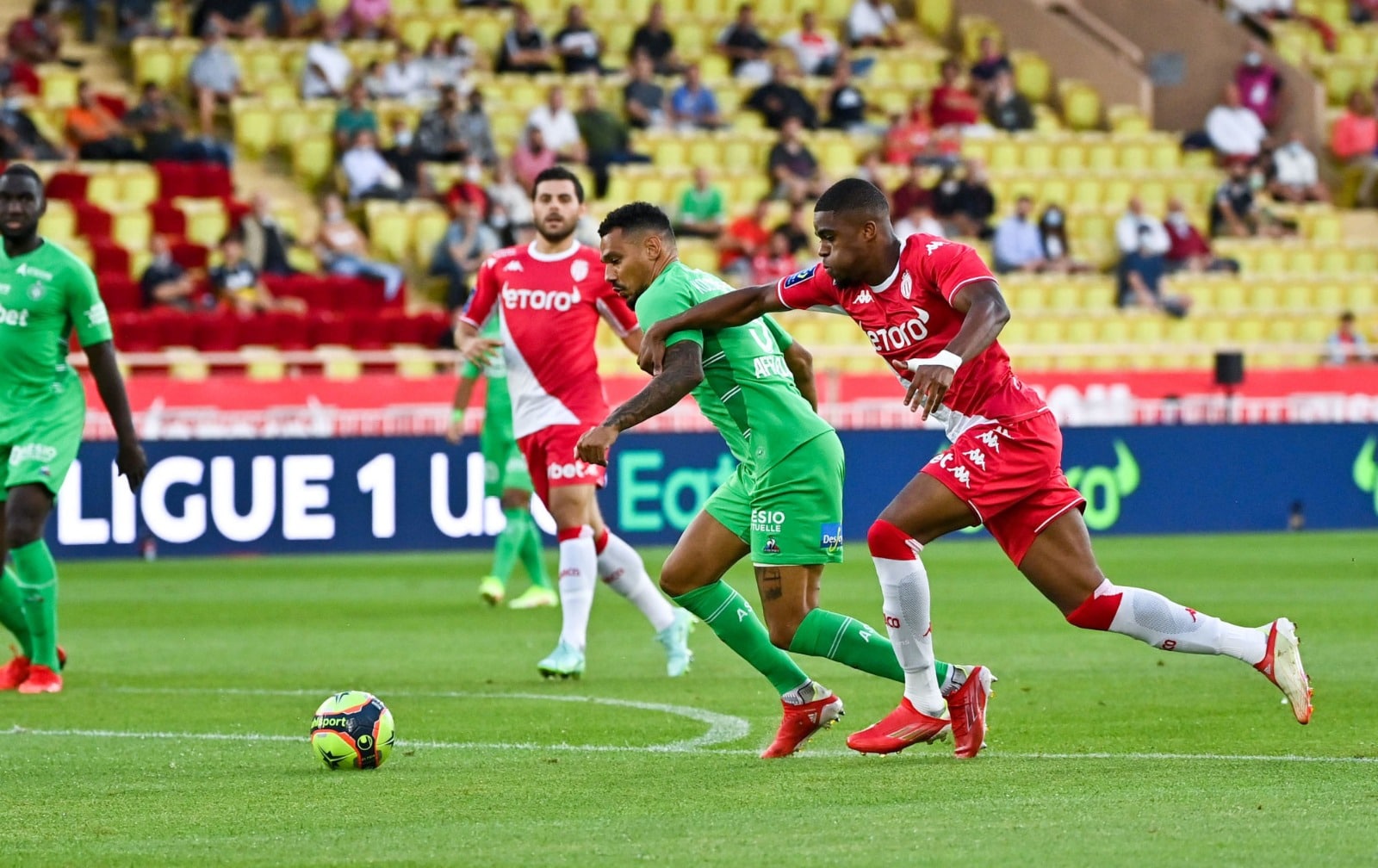 AS Monaco outclasses Saint-Etienne at home

Powered by Back from Wissam Ben Yedder and single from Kevin Volland, AS Monaco recorded their first home victory of the Ligue 1 season.

With the former English playmaker Glenn Hoddle, true legend of AS Monaco and champion of France in 1988, present at the Louis II stadium for the match, it was a great opportunity for ASM president Dmitri Rybolovlev, at the alongside her daughter Ekaterina Sartori Rybolovleva and her husband Juan. Sartori, to welcome the man who wore the red and white colors between 1987 and 1991. Oleg Petrov, vice-president / general manager of AS Monaco, then presented a jersey to Glenn Hoddle, as well as to David Trezeguet , also present. to support Monegasques.

Putting on a thrilling spectacle to defeat a struggling 3-1 Saint-Etienne side, which fell to 10 men in 33 minutes when young goalkeeper Etienne Green beat Myron Boadu, the victory significantly narrows the gap with Marseille in second position just six points. .

After taking the lead following a dazzling counterattack that Volland finished with aplomb, the Monegasques suffered a setback when their opponents equalized the score thanks to a shorthanded Denis Bouanga.

Ben Yedder is changing the game

Ben Yedder’s introduction just after an hour turned out to be a masterstroke from Niko Kovac, as he immediately scored from the penalty spot to put Monaco back in the lead. The little genius then sealed the three points late in the game by producing a nice volley after Kevin Volland set it up with a nice deep ball.

Also holding the ascendancy over their opponents statistically, the fact that they improved their opponents in terms of expected goals (1.93 to 0.34), shots (14 to eight) and chances created (13 to six ) further underlined their dominance.

Speaking after the game, Kovac expressed his joy at the victory while insisting that his team had to eliminate mistakes, saying: “I saw a lot of good things, nice moves. It was a good game to watch for the spectators, a little less for the coaches, but it was important that we win because we can now focus on the next events.

“We played very well in the first half, despite a few small mistakes. My feeling is that at the moment we are our biggest opponent and that we have to reduce our small mistakes in order to have continuity. But Saint-Etienne also had a good game, well done to them.

The Croatian also noted how valuable the contributions of Volland, Ben Yedder and Boadu (who won the red card) were, with him ecstatic at the impact of his attackers.

After a promising week, which saw Monaco win against Sturm Graz and Les Verts, and draw with OGC Nice, they now hope to continue their momentum in their next match against Clermont Foot.

Will Sochi be a down to earth experience for McLaren?