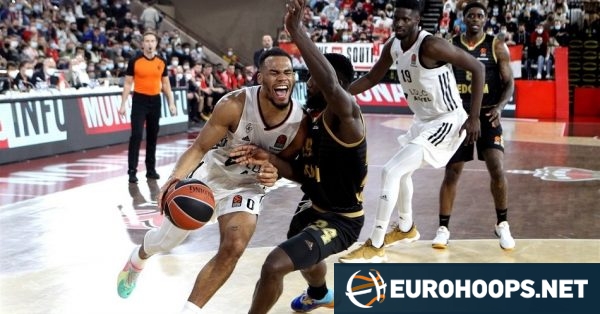 Monaco and ASVEL win their respective victories in the French League

AS Monaco Basket could not count on Mike James who was injured in the Euroleague clash against Fenerbahce but that did not prevent the team of coach Zvezdan Mitrovic from winning 90- 83 at home against Chalons-Reims.

On the opposing side, Scottie Reynolds was outstanding with 30 points on 7-10 from three-point territory while Gani Lawal scored 20.

Monaco improved to a 7-2 record while ChÃ¢lons-Reims stayed near bottom with 3-7.

Meanwhile, ASVEL took a road victory 88-67 over For-sur-Mer and improved to a 7-3 record while leaving the opposition at 4-6.