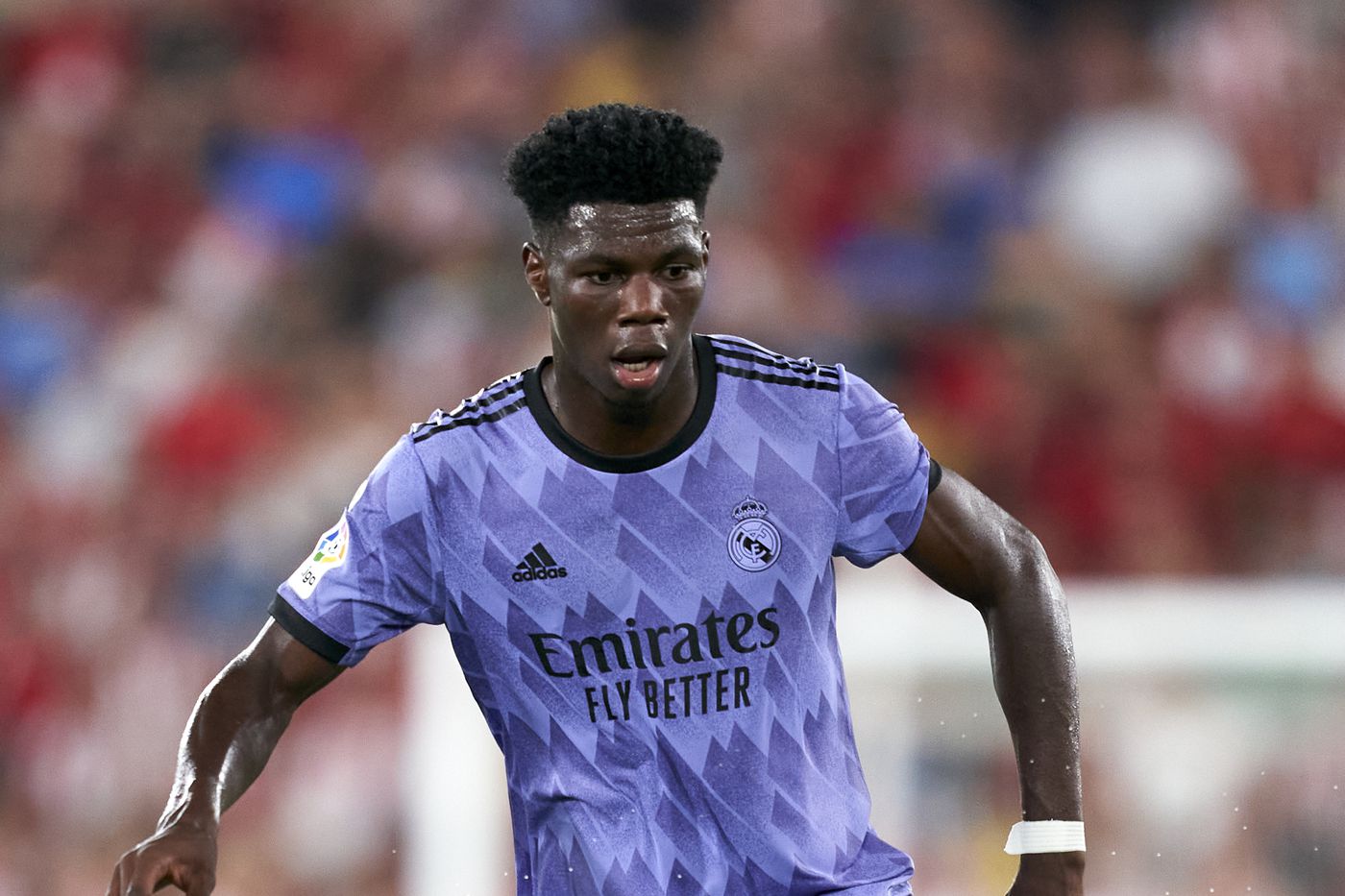 Aurélien Tchouameni has no interest in being the “new” Paul Pogba

Real Madrid star Aurelien Tchouameni has opened up on his summer move to the Spanish capital.

The France international has impressed in his first few months at the Estadio Santiago Bernabeu following an €80million move from AS Monaco in June.

However, despite much attention being paid to his transfer fee, Tchouameni has adapted perfectly to the demands of playing for the reigning Spanish and European champions.

The 22-year-old has now lifted the lid on his determination to join Los Blancos ahead of the 2022/23 campaign, despite late Paris Saint-Germain transfer interest and comparisons with international teammate Paul Pogba.

“I am not the ‘new’ Pogba… I am Aurélien Tchouameni, I am trying to write my own story”, according to an interview with Téléfoot, covered by Diario AS.

“Pogba is a player I followed a lot when I was little. We play in the same position, but there is only one Pogba.

“I try to contribute to the team (of France), but if Kante and Pogba come back, the coach will choose, and I will do my best to start.

“I think about the World Cup every day. I will try to play for Real Madrid and wait for the list.

“I did not hesitate on PSG. It’s also a very big European club, but I had already decided to play for Real Madrid.

“No matter the transfer fee, in Madrid there is always pressure. But I try to live up to expectations, and so far it’s been going pretty well.

Tchouameni appears to have forced himself into Carlo Ancelotti’s immediate departure plans with eight starts in nine games in 2022/23.

Casemiro’s transfer to Manchester United has heightened his importance for the Real Madrid midfielder, with Ancelotti planning a future with Tchouameni alongside Eduardo Camavinga and Fede Valverde.