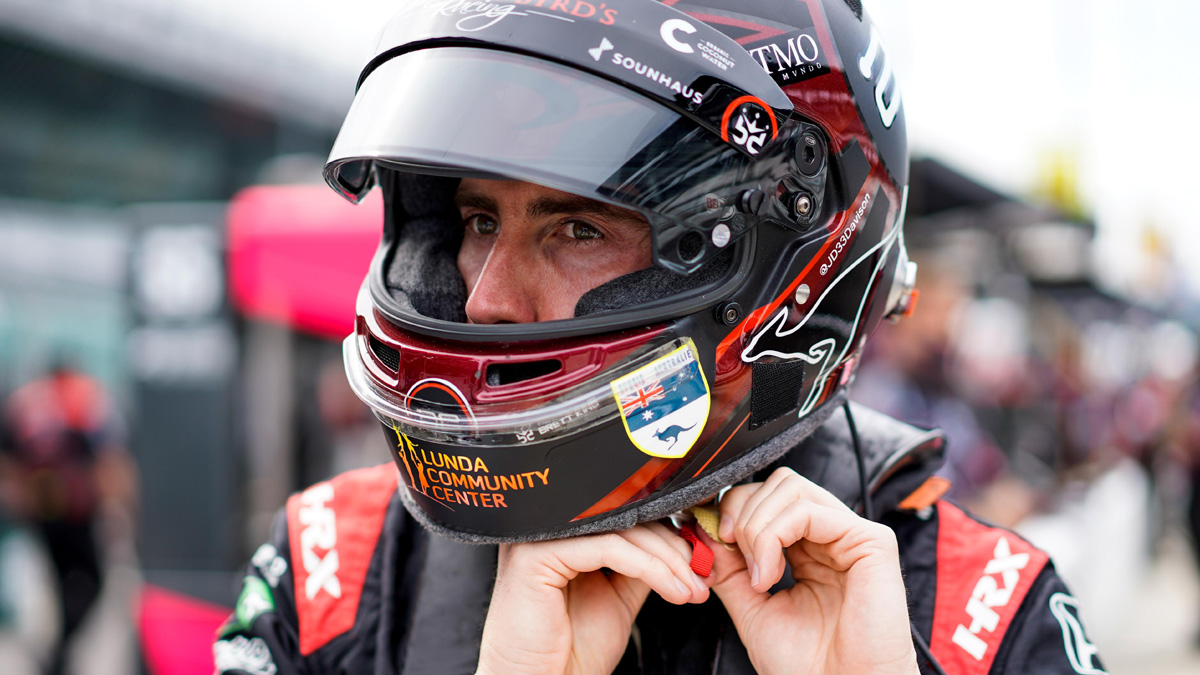 Australian American James Davison will take the wheel of a 1970s Formula 1 Hill car at the Monaco Historic Grand Prix in May.

The six-time Indianapolis 500 starter will drive a Hill GH1-Cosworth owned by American enthusiast Brad Hoyt at the event, which will be held May 13-15, two weeks before the Monaco Formula One Grand Prix.

Davison revealed the details on this week’s episode of the V8 Sleuth podcast powered by Repco.

“I’m going to race profile guys, but these historic races are all about getting to the finish and taking care of the gear,” Davison told V8 Sleuth this week.

“It’s going to be fun and not too stressful, so I’m looking forward to enjoying the experience.”

This isn’t the first time Davison has raced in historic Grand Prix machines.

He raced a Lotus 81 in the Masters Historic Formula 1 support event at the 2019 British Grand Prix at Silverstone and also raced a 1978 Arrow at the 2016 United States Grand Prix and an ex-David Purley LEC at the next Mexican Grand Prix.

The Hill GH1 he will drive in Monaco is the GH1 3 chassis and has an existing Australian link.

It has been raced by a range of drivers, including Australians Vern Schuppan (who raced it in Sweden in 1975) and Alan Jones who, according to oldracecars.com, raced it at Zandvoort, Paul Ricard, Silverstone and the Nurburgring this year.

Jones finished fifth at the Nurburgring in the car, his first result in a Formula One World Championship Grand Prix.