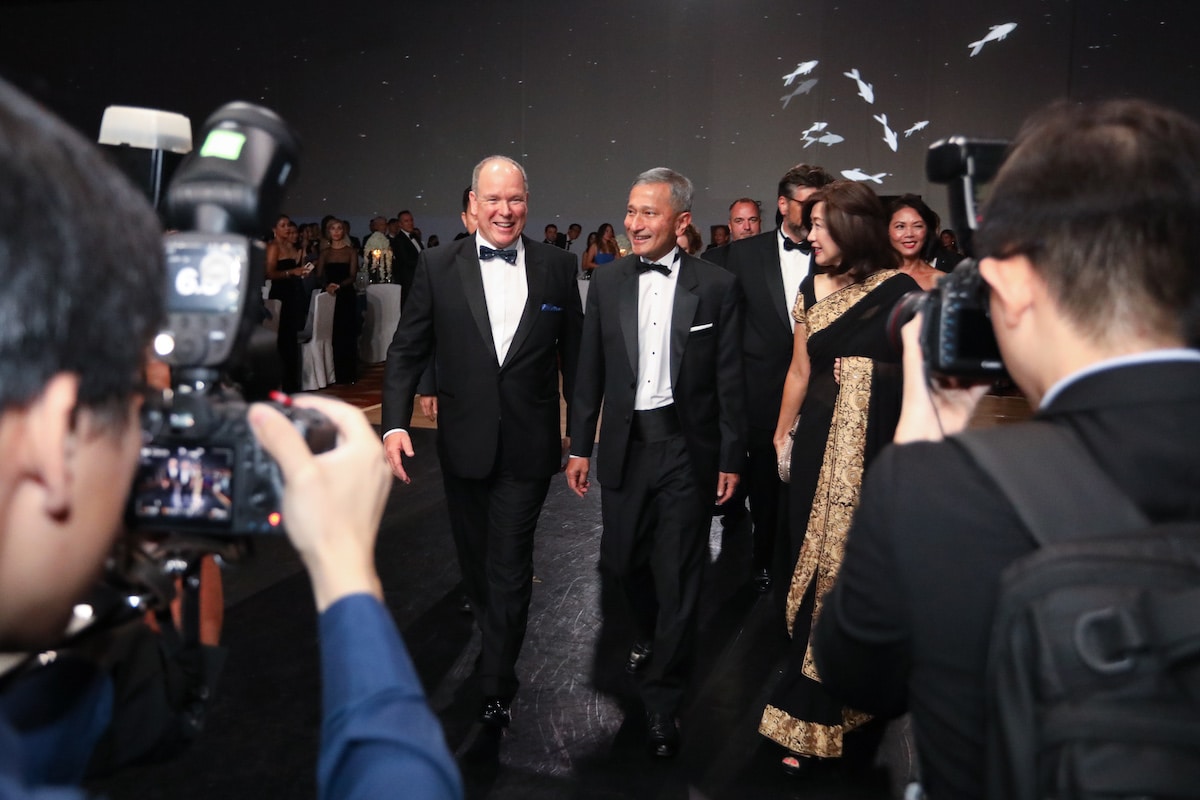 On the theme of “oceans”, the gala raised more than 1.6 million euros for their preservation.

The last prom was held in 2018. Since then the Covid pandemic has happened and the event has been canceled over the years. However, 2022 has seen the revival of the grand gala Bal in Monaco, organized by the Asian branch of the Prince Albert II Foundation.

On Friday, October 28, Singapore and its Marina Bay Sands hosted a variety of artistic performances and events. The Singapore Ballet staged the marine species in the dance, the ecologist designer Anne Fontaine offered a beautiful fashion show and Hossan Leong animated the evening with his characteristic humor. Guests were also able to enjoy an eco-responsible gourmet menu concocted by 3-star New York Chef Daniel Boulud.

In addition to the 600 guests, Prince Albert II invited the Singaporean Foreign Minister, Vivian Balakrishnan, as guest of honour. In his speech, the Minister emphasized “thanking the Sovereign for his action in favor of the environment, but also Mrs. Jacky Deromedi, President of the Asia branch of the Foundation, for having brought together so many guests in support of the beautiful and important cause of protecting the ‘Ocean. ”