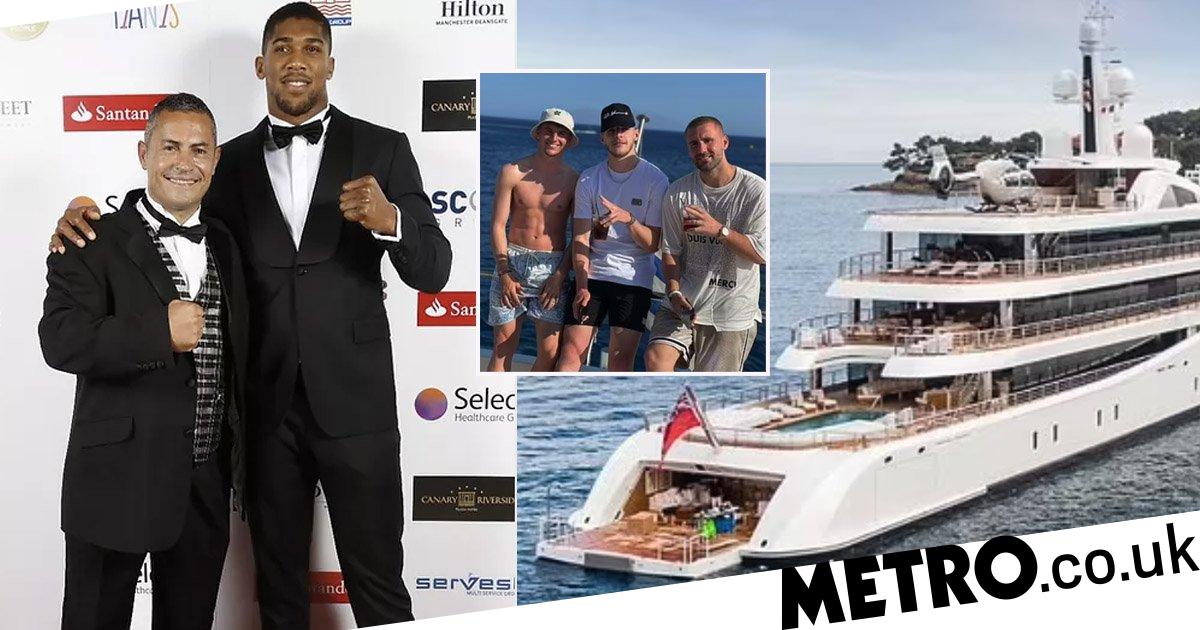 A billionaire property developer has reportedly claimed up to £ 6million in leave – although he insisted he ‘hadn’t borrowed anything’ from the government during the pandemic.

John Christodoulou, one of Britain’s richest men, apparently told a London audience how companies that take public money are sending the “bad image”.

But the real estate mogul, who entertains Premier League footballers on his £ 40million yacht, has received millions of dollars in financial support, the Times reports.

He is said to have a net worth of over £ 2 billion in May, according to The Sunday Times Rich List.

The funds were claimed through the government’s coronavirus retention program, allegedly through ‘front’ companies that do not list Mr Christodoulou as a director, but are said to be under his control.

The companies – named in The Times as Blue Manchester, Blue Liverpool, YFSCR and Octagon Pier – are said to have claimed between £ 1.3 million and £ 2.9million from last December through June of this year.

HM Revenue and Customs declined to release figures for before December, but companies could have requested up to £ 6.5million in aid since the holiday program began in April 2020.

Born in Cyprus, Mr Christodoulou – who is based in Monaco – recently welcomed UK Euro 2020 stars Mason Mount, Luke Shaw and Declan Rice aboard his yacht, named after the Greek god Zeus.

He explained at a meeting of the National Cypriot Federation in June this year that the past 18 months had been “very, very difficult” as hotels, which made up 30% of his real estate empire, “were suffering incredibly” .

“We didn’t borrow any money from the government… I didn’t, not just because I didn’t think it was the right thing to do (but) because it shows the wrong sign.”

He also said he had not had to lay off employees due to the pandemic, adding: “The most important thing for me is to stay loyal to the people who are loyal to me.

“We didn’t have to fire or get rid of anyone who works for me.”

The leave program officially ended on September 30 of this year – when nearly a million people were still enrolled.

Mr. Christodoulou is chairman of Yianis Group, a real estate giant that includes offices and hotels across Great Britain and Europe.

He and the company did not respond when approached by The Times.

Metro.co.uk has contacted the Yianis Group for further comment.

Contact our press team by emailing us at [email protected]

For more stories like this, check out our news page.

Get your latest news, wellness stories, insights and more

The 50th United States Grand Prix is ​​this weekend, the way you count