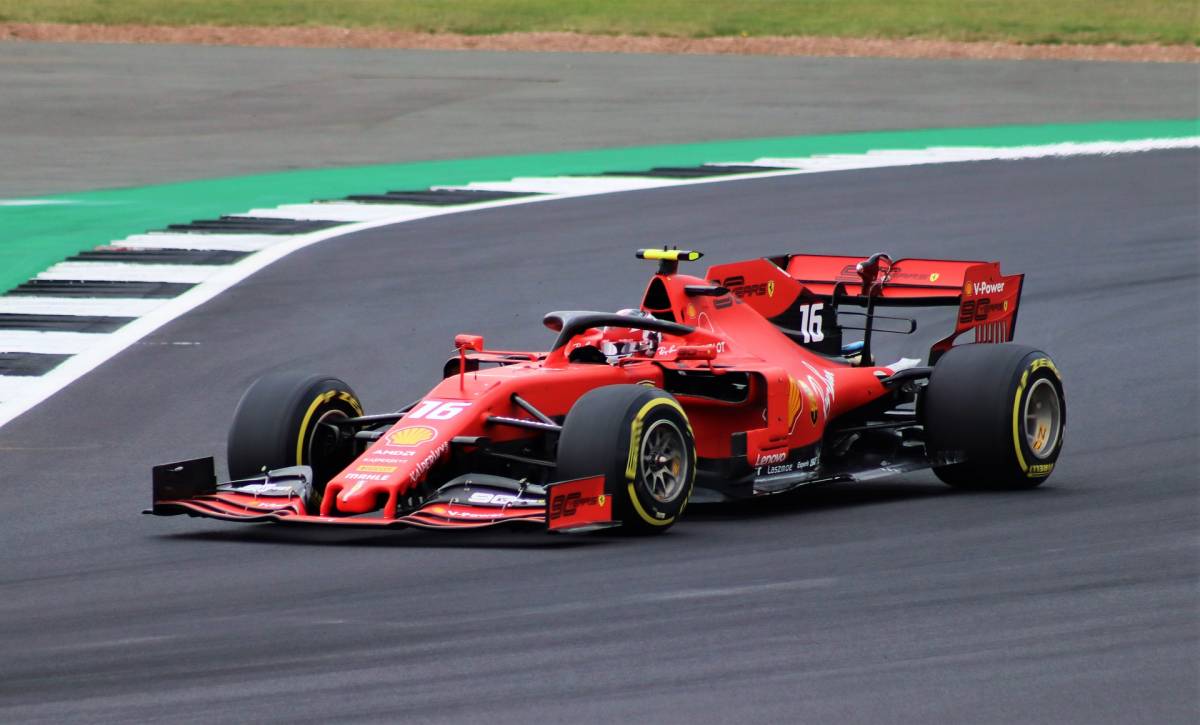 The rain came late in the Russian Grand Prix race in Sochi and changed everything! From then on, the Russian Grand Prix presented a whole different challenge in the wet which swept away everything that had happened before. Those who pitched down and chose mid-size tires instead of hard slick tires for drier conditions were able to get the most out of their cars in the rain. Those who were still on the hard slick tires were the victims.

Lando Norris for McLaren was on pole after a brilliant qualifying race and led for most of the race – except there was an attack from Carlos Sainz, Ferrari in the first lap which gave Carlos the lead temporarily – before Lando passes him and takes the lead again. And Lando was still leading 6 laps before the end of the race and looked good to win before the rain fell; and he was still leading with only 3 laps to go, except Hamilton with better tires was pushing hard. However, Lando had made a terrible strategic call not to change his tires to deal with the possibility of rain when his McLaren team urged him to do so.

The rain fell and the gap between Hamilton chasing him on wet upper intermediate tires and Norris was narrowing with every corner. And then came the moment that changed the race: Norris slipped off the track on the penultimate lap. His hopes of victory were in the most ruthless way in vain, and he dragged himself to the pits too late for those efficient wet tires receiving a warning for stepping through the entrance on entering.

As for Hamilton, he jumped at his chance to take the lead and held it on the final lap for his 100th Grand Prix victory – the only time in F1 history that a driver has scored so many wins. and the first to score a total of 4,000 points. in his F1 career.

Carlos Sainz had a great qualifying race finishing second on the grid for the race behind Lando Norris of McLaren. It was Carlos’ best qualifying result. And he also had a great race – and most importantly refueled for intermediate tires to handle the late wet conditions. Which means he finished on the podium in third place. A nice result for him and Ferrari.

As for Charles, the Ferrari team had instructed him to try out a new fourth engine before next season. This additional engine change was accompanied by an automatic penalty which made him start at the back of the pack. Showing extraordinary skill, he made his way through the peloton on lap 1 to 12th from 19th on the grid!

And it didn’t stop there, on lap 42 Charles Leclerc continued to make the most of his pneumatic advantage. He had passed Ocon, Raikkonen and Vettel in the final laps, charging for the points. A good recovery for the Monegasque ace after his engine penalty.

But just as the rain killed Lando Norris’ chances, it also had a bitter effect on Charles Leclerc’s. All this work moving through the field for nothing. Because in the end he fell 15th because he had stayed on hard slick tires hoping that the rain would decrease, having given his teammate the priority to change tires for the rain.

The rain was a gift for Hamilton for Mercedes and Verstappen for Red Bull who, even with skillful races, would not have chased Lando Norris for McLaren without the rain and the fact that they were on the right tires.

Hamilton took the win, followed by Verstappen and Sainz. Hamilton’s victory is all the more important as Verstappen, against all odds, managed to move up from 20th place on the grid to reach second place under the checkered flag.

And the drivers’ championship remains just as exciting as before with Hamilton changing places with Max Verstappen in the standings; Verstappen entered the Russian Grand Prix with a 5-point lead. The gap is now two points in favor of Briton Lewis Hamilton.

Fingers crossed for the fortune of Charles Leclerc and Ferrari at the upcoming Grand Prix in Istanbul, Turkey on October 10.