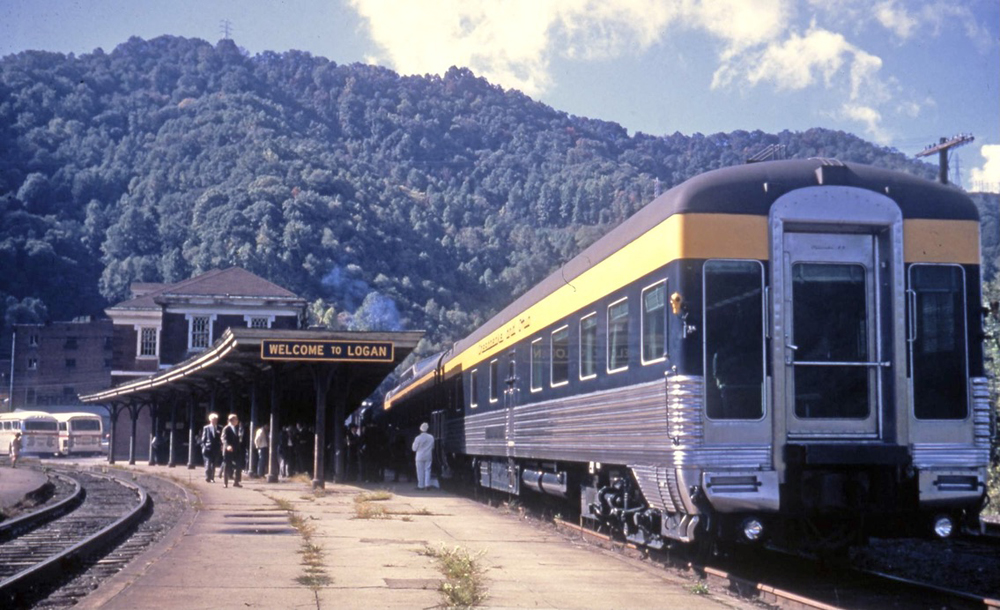 CLIFTON FORGE, Va. – The Chesapeake & Ohio Historical Society has begun raising money for what it calls one of the most ambitious projects in its 53-year history, restoring business cars Chessie 29 used by C&O Chairman Walter Tuohy.

Initial fundraising efforts will be boosted by a matching gift from an anonymous donor.

Built in 1950 as a passenger car New River Clubthe car was rebuilt as a company car at C&O’s Huntington Locomotive Shop in October 1951. Al Barbour donated the car to the company’s C&O Railway Heritage Center in Clifton Forge and paid for its move there in 2019. L non-profit organization is now seeking to restore it to working order.

The car’s history includes use by President Dwight Eisenhower on a 1956 trip from Washington to White Sulfur Springs, W.Va, for a summit meeting with Mexican and Canadian heads of state which also included a secret meeting that led to the construction of the bunker built under the Greenbrier Hotel intended to house members of the United States Congress in the event of a nuclear attack. It was also used by the Royal Family of Monaco and for a dinner party for Queen Juliana of the Netherlands.

“After our growth and stabilization over the past three years, not only is the C&O Historical Society ready to launch this fundraiser at full speed, but in the decades to come, our future business model (and our survival) could rely on diversified departments that include exploitation and development of private varnishes,” said Mark Totten, president of the historical company, in a press release.

The C&O Historical Society’s founder and chief historian, Thomas W. Dixon, Jr., said he had long been interested in acquiring and restoring the car, “not only for its significance to the C&O in particular, but because of its history as an ‘artifact.’ of the Cold War. This serves to convey how important the railroads were to all aspects of American life and civilization.

More information about the company is available on its Facebook page. His archive database is available here.