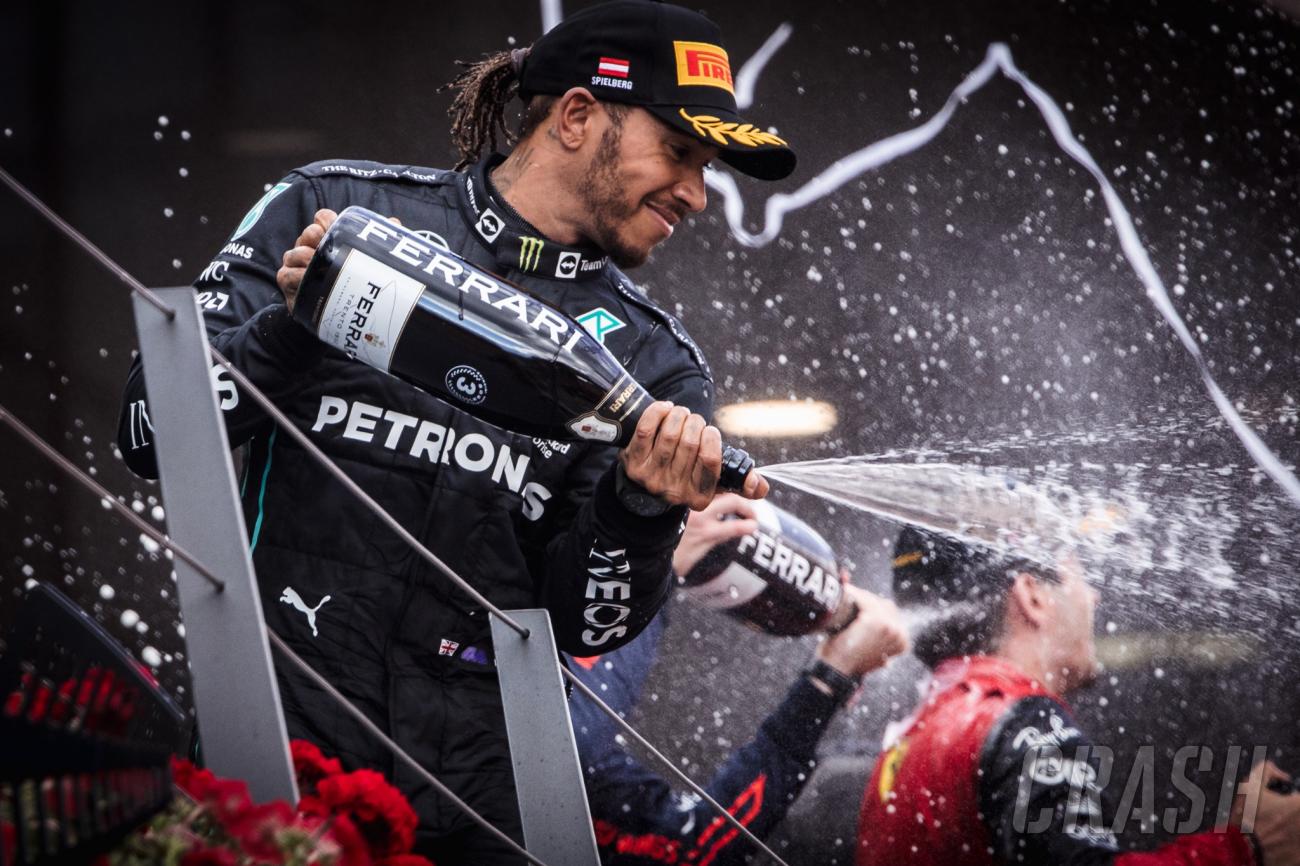 Could France be Mercedes’ best chance of victory yet in F1 2022?

Could Mercedes find its way back to victory?

Since the introduction of a new upgrade package at the British Grand Prix, Mercedes have taken a step forward in competitiveness and been able to mix it properly at the front of the pack for the first time this season at Silverstone.

Lewis Hamilton looked like he had a real chance of winning in his home race before eventually having to settle for third place behind Ferrari’s Carlos Sainz and Sergio Perez’s Red Bull after a spectacular late safety car restart.

Although Mercedes weren’t able to replicate that level of performance in Austria, the team was still closer to Ferrari and Red Bull than they expected at a circuit that hasn’t been the happiest of hunting grounds for the Silver Arrows in recent years, with Hamilton reclaiming his third straight podium finish.

Mercedes is expected to be stronger again in France thanks to the characteristics of the Paul Ricard, which is characterized by fast cornering and a smooth track surface, two factors that bring out the best in the W13.

Despite a narrow loss to Max Verstappen in last year’s French Grand Prix, Mercedes have a strong record at Paul Ricard, with Hamilton winning two of the three races to be held in the south of France since the revival of the race in 2018.

With new upgrades said to be introduced by the German manufacturer over the next two races, will France be where Mercedes finally end their winning drought in 2022?

Charles Leclerc’s landslide win at the Austrian Grand Prix was a crucial result that revived his title hopes.

It was Leclerc’s first win since Melbourne in April and saw the Monegasque reduce Verstappen’s championship lead to 38 points by mid-season.

After a string of successes for Verstappen and Red Bull, the momentum has returned to Ferrari lately, thanks in part to a recent upgrade that has helped the Scuderia close its biggest shortfall against its arch-rival.

Ferrari will be determined to maintain their recent strong form ahead of a crucial double-header ahead of the summer break, with Leclerc looking for back-to-back wins – and what would be Ferrari’s third win in a row – at Paul Ricard.

With Ferrari and Red Bull tied on performance, high reliability will be crucial. And it’s a factor that has already had huge implications for the two main protagonists of the title this year.

After Verstappen and Red Bull were hit by gremlins in the opening rounds of the season, Ferrari is grappling with ongoing reliability dramas. Sudden engine failures for Leclerc while leading in Spain and Azerbaijan put him back in the championship to Verstappen.

If Leclerc is going to battle Verstappen and make it a real duel for this year’s drivers’ crown, Ferrari can’t afford any more reliability issues.

Will Alpine overhaul McLaren at home?

Alpine has made encouraging progress after introducing a series of updates at the last two races.

A major aerodynamic package at the British Grand Prix and a further upgrade in Austria have improved Alpine’s competitiveness and brought the team closer to the front of the peloton.

Fernando Alonso finished an excellent fifth at Silverstone and it would have been a double had Esteban Ocon not suffered a late mechanical problem which forced him to retire. It was then Ocon’s turn to take fifth in Austria as Alonso made an impressive climb to 10th from the back of the grid.

Alpine heads into this weekend’s French Grand Prix fifth in the constructors’ championship, tied on 81 points with fourth-placed McLaren.

Backed by strong home support and both drivers performing at a high level, Alpine will be optimistic about their chances of beating their main rival in midfield again and moving ahead of them in the championship.

Ahead of a major breakthrough at the British Grand Prix, Mick Schumacher faced question marks after a difficult start to the season.

Costly crashes in Saudi Arabia and Monaco led Schumacher to a warning from Haas boss Guenther Steiner, while the German found himself under increasing pressure to replicate the type of results managed by team-mate Kevin Magnussen.

Schumacher finally ended his long wait for F1 points at his 31st Grand Prix with a brilliant run to eighth place at Silverstone.

He continued to improve on that result and score back-to-back points with P7 at the Red Bull Ring, helping Haas to his best weekend since the 2018 Austrian Grand Prix.

It marked quite a turnaround for Schumacher, 23, son of seven-time world champion Michael, who is gaining confidence.

Schumacher is now heading for a place where he got his first Q2 appearance in F1 last year. He will be looking to do even better this time around and capitalize on his newfound momentum.

With Haas set to present his first upgrade package of the season at the Hungarian Grand Prix at the end of the month, Schumacher will hope points can be a regular goal.