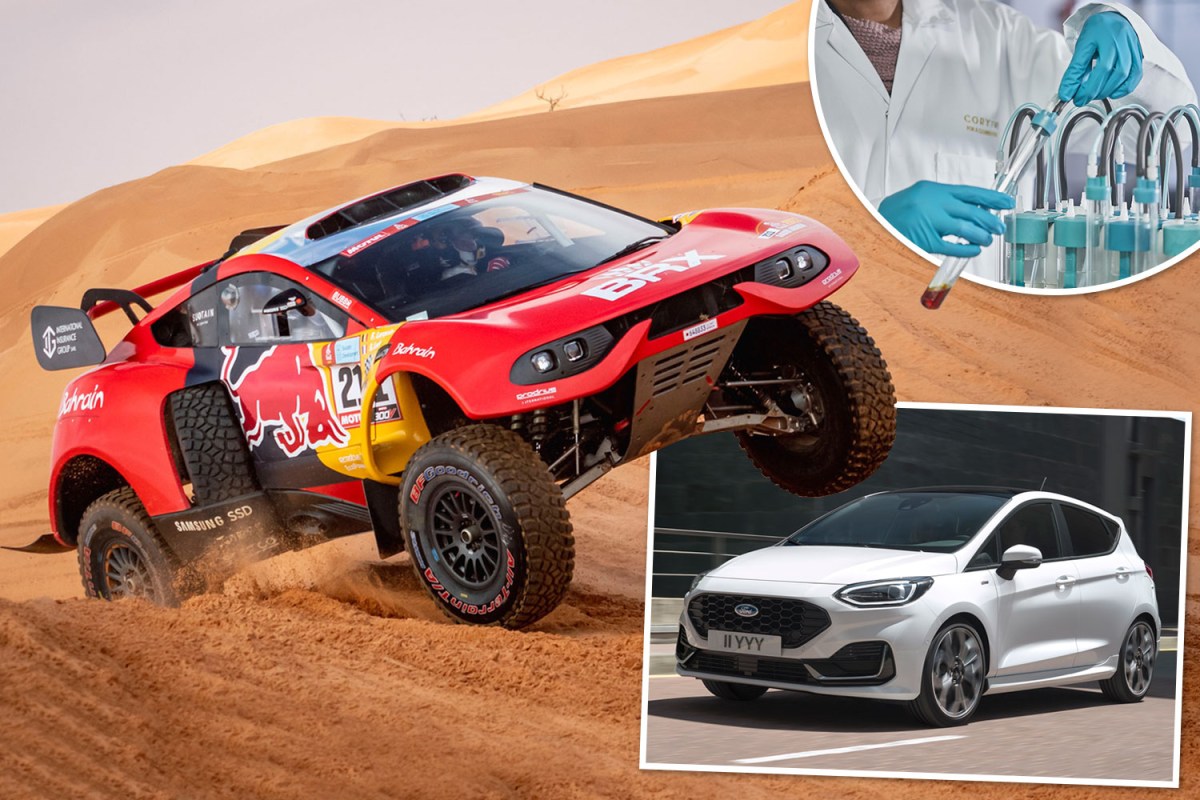 DAKAR is a lot of fun. Along with the Isle of Man TT, it’s probably the craziest motorsport race on the planet.

To earn it you need skill, courage and a little luck, running for hours through sandstorms and herds of camels in the vast desert.

But Dakar is becoming a test bed for future technologies as much as for the courage of a pilot.

A small company called Prodrive – you may have heard of it – uses a 3.5-liter V6 from a Ford GT supercar in its Hunter buggy.

It makes you thirsty, doesn’t it?

In fact, it’s the greenest car on the starting line as it runs on what’s called second-generation biofuel – the main ingredient being agricultural waste – which cuts CO2 emissions by 80% compared to to gasoline.

In addition, there is no loss of performance. Or range. And it’s not stupidly expensive.

I hope Boris and his pals read this because my main point is that you can put that fuel in a Ford Fiesta right now.

Rather than pushing families into expensive electric vehicles that aren’t for everyone, it seems short-sighted politicians haven’t explored this eco-fuel before telling us to buy a car with a plug.

Prodrive CTO David Lapworth said: “Take your average electric car, it takes about 70,000 miles before you offset the amount of CO2 produced to make it.

“And even then, it’s not as green as you might think because we still get electricity from coal-fired power plants. The fastest victory is sustainable fuels – and millions and millions of cars on our roads could use it right now. “

That’s not to say Lapworth is anti-EV. He is not. He just thinks the politicians of the world “get it all”.

He said, “If the world was run by engineers, scientists, mathematicians and so on, you’d say, ‘Okay, power plants first.’

“Because 75% of CO2 comes from power plants and it’s power plants that supply the energy to steel mills and factories, so we have to convert them first.

“Then we can continue with electric cars and LED lights, because they won’t produce masses of CO2 just to make them.

“There is nothing wrong with the world moving towards electric cars. They are a very good solution. They work very well. But it’s a huge trip. And they ignore the fact that there are other short-term solutions.

To put all this into perspective, Prodrive estimates that it will save 28 tonnes of CO2 per car by using sustainable fuels on the Dakar. It’s a lot.

The fuel was co-developed with the British company Coryton Advanced Fuels.

Coryton boss Andrew Willson said: “Sustainable fuels could be used in any car that typically runs on gasoline or diesel.

“There is no need to modify the vehicles or the infrastructure surrounding the refueling.

“Given that we are in a climate emergency, why wouldn’t we make these changes more easily when transitioning to fully electric vehicles?

“We still emit millions of tonnes of CO2 from our existing cars every year. “

Over to you, Boris.

Dakar is my Everest

But the only thing missing from DR’s incredible CV is Dakar.

This is his second attempt, with superstar pilot Sébastien Loeb at the helm of the magnificent Hunter T1.

“But if you asked me, ‘What is Motorsport Everest? What is the toughest, most demanding type of motorsport event in the world? “

“It’s the Dakar. Over 4000 km over some of the most difficult terrain in the world. It’s extraordinary.

“Building a reliable car and finding drivers and co-drivers to navigate it is just as difficult.

“So to win that, if we can win this year, it will be the ultimate feather in our cap. “

If you are an old rally fan like me you can see history repeating itself at Prodrive in Banbury.

A small private team taking on the big ones – and winning – then putting all that know-how into the cars of the customers.

DR said, “This is just the start. We have developed a customer car, the Hunter Hyper, which you can come and see in February. It is the ultimate all-terrain vehicle.

“For me, that’s where the World Rally Championship was 30 or 40 years ago. So I see this as a return to our roots.

It was good to see some old faces that had been at Prodrive since the Colin McRae / Subaru years.

Ten things you should know as a car owner

Audi RS Q e-tron review: the Dakar buggy is unlike anything you’ve seen before

Princess Charlene is back to her royal duties in Monaco, but she missed a family trip…

‘No question’: Australian blow as swap rumors heat up; Hamilton’s…