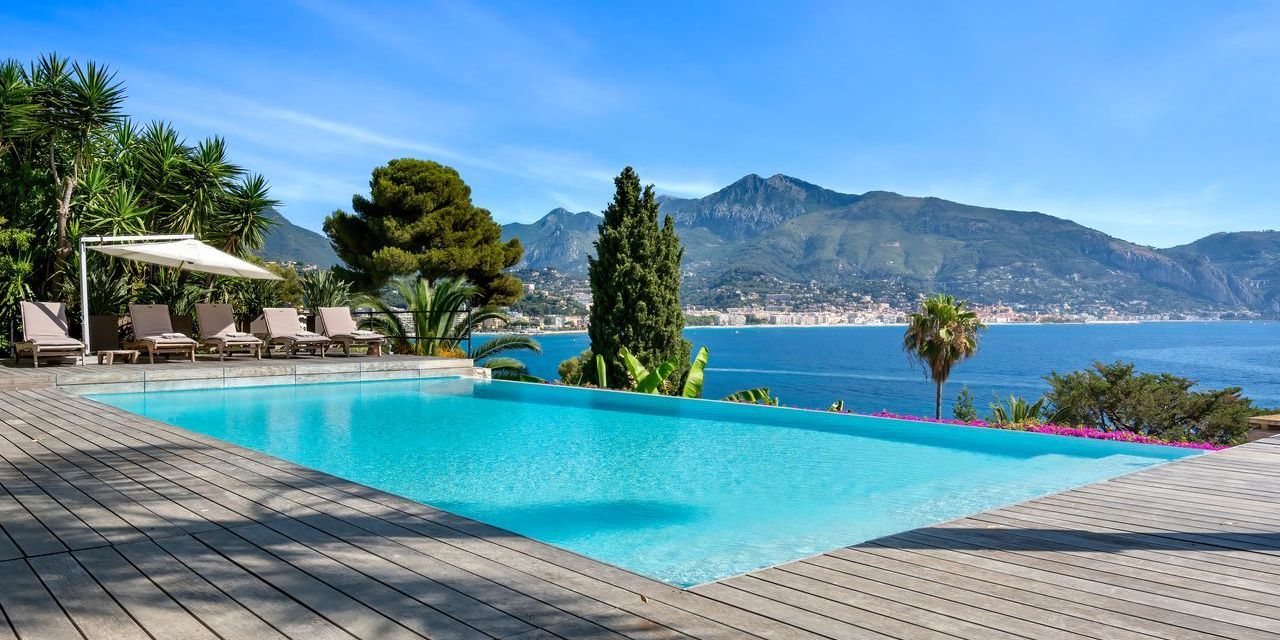 
A lavish three-story beachfront villa on the French Riviera that previously belonged to Domenico Dolce and Stefano Gabbana – better known as Dolce and Gabbana – was launched on Monday for 17 million euros (20.1 millions of dollars).

The contemporary six-bedroom coastal resort is located in Roquebrune Cap Martin, about eight kilometers northeast of Monaco, and is “undeniably one of the most attractive properties on the French Riviera,” according to Alex Balkin, manager executive of Savills’ French Riviera, the brokerage house managing the list.

“It is clear that there is a unique charm about this setting and this property which has undoubtedly attracted the current owner and which the seal of approval of the illustrious past owners definitely confirms,” ​​said Mr. Balkin.

The owners bought the property from Italian fashion specialists in 2012 and embarked on a complete renovation of the property that adopts a Mediterranean-inspired aesthetic and combines “clean design with a welcoming atmosphere,” according to the brokerage. .

Mansion Global could not identify the owners of the villa, or how much they paid for it.

Despite their redesign of the property, elements of the Dolce & Gabbana era remain, including a walkway-style wooden bench on the patio, which would be used for impromptu fashion shows with and for their guests, Savills said.

Accessible by a wide driveway, the villa has an open plan living area with a chill out area, living room, dining area and a modern and stylish kitchen with skylights, depending on the listing.

Upstairs are two main suites, each with a private terrace and sea view, and on the garden level of the house – an ideal space for guests due to its privacy – is a living room and an office. , a kitchenette and three other bedrooms.

There are a number of terraces throughout the house, including a covered dining terrace, a favorite spot for the owner due to its “outstanding views,” the listing says.

Outside, on the lush grounds of the house, decorated with palm trees and Mediterranean plants, an infinity pool is joined by a hut, a fitness terrace, a pétanque court, a security room for the staff and self-catering accommodation.