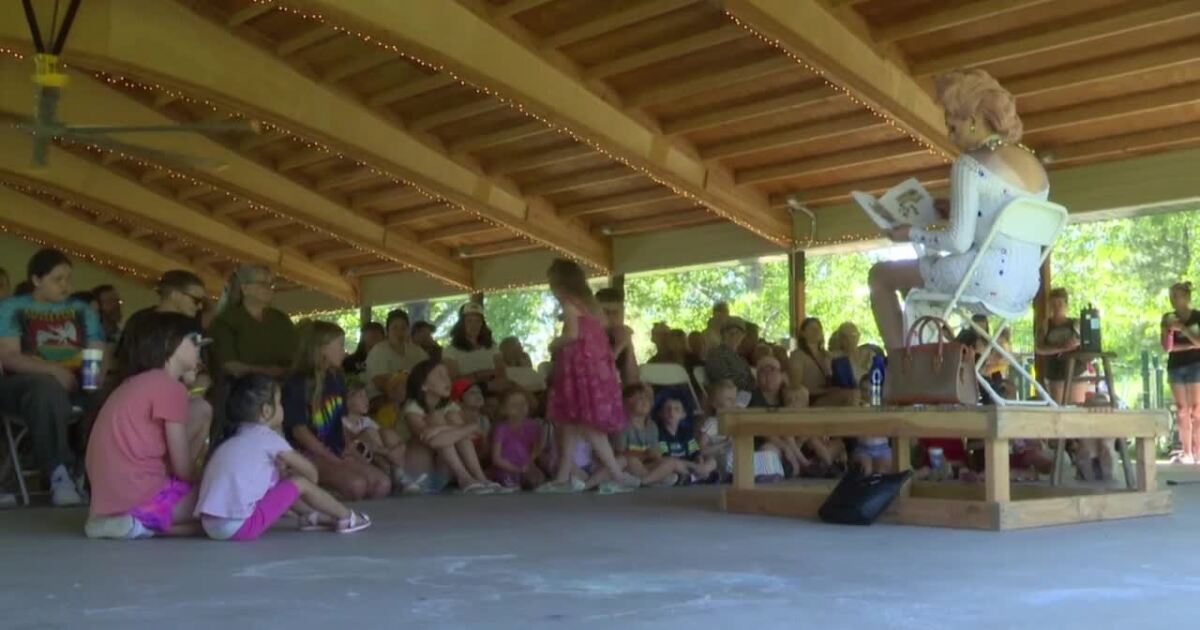 BILLINGS — An event that has been creating controversy since its announcement, the Drag Queen Story Hour held at ZooMontana on Wednesday drew hundreds, if not thousands, of attendees, as well as protesters outside.

The zoo parking lot was full around noon just before the start of the event.

Related: ZooMontana Not Backing Down From Drag Queen Story Hour After Community Backlash

Ewelt said he expected 1,500 to 2,000 people to attend over the four-hour event, but no official tally was available later in the day. Organizers placed about 180 chairs to start, with more set up just before story time began.

Ewelt says he has no regrets allowing the event to be held on zoo property, and it drew the biggest crowd he’s seen for a non-zoo-related event.

Three drag queens were in attendance, taking turns reading family books to children and taking pictures with guests during breaks.

“We were so excited to come. It’s Pride month, and we just wanted to come out and support our LGBTQ community and, of course, the zoo,” said attendee Karen Miller.

406 Pride sponsored the event in conjunction with other Drag Queen Story Hours held across the country in support of the LGBTQ+ community.

“It’s just a good day to be here with the drag queens and take pictures, and it’s a very proud day,” said contestant Kai Franklin.

It was a historic event, but one that divided, that aroused a great reaction.

“I’m so proud of ZooMontana for putting on this event and supporting 406 Pride,” Miller said.

An hour before the start of Drag Queen Story Hour, about 100 protesters lined the street in front of ZooMontana.

“We find it appalling that Mayor (Bill) Cole and ZooMontana are promoting this situation,” said Bill Iverson, a protester.

Among the protesters was State Senator Cary Smith, R-Billings. The zoo is in his legislative district.

“I’m here to let people know what’s going on, and the sexualization of our children is something that I don’t support at all,” Smith said.

Protesters outside were concerned that children at the event could be exposed to sexualised content, although nothing like this was seen by an MTN reporter during the event. Nonetheless, protesters voiced those views with signs reading “Groom Pets not Kids,” “Stop Sexualizing our Kids,” and “Make the Rainbow Godly Again.”

“I believe the degeneration of society today is directly linked to the attack on the traditional family unit,” Iverson said.

Also outside the zoo, two counter-protesters held signs in support of LGBTQ rights. They said the event was good for Billings.

“That’s fine, and it’s not about sexualizing children. It’s an art form and it can be done in a way that isn’t sexual,” said demonstrator Avi Fox.