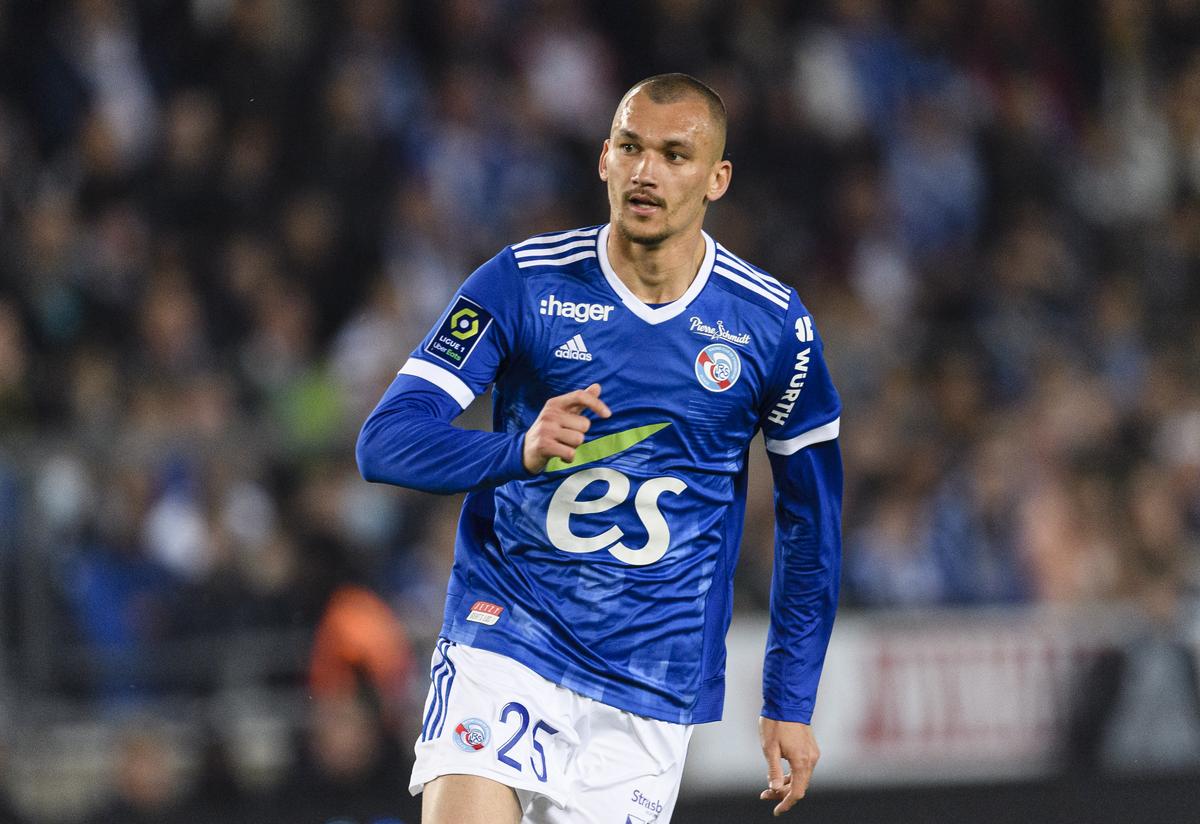 Everton have sent scouts to watch Strasbourg striker Ludovic Ajorque in action on Saturday as they prepare for a transfer following injury to Dominic Calvert-Lewin.

The Toffees number nine suffered a knee injury and miss around six weeks of action, forcing Everton to dive back into the transfer market for a new source of targets.

According to the journalist Ignazio Genuardithe club had scouts monitoring the 6ft 6′ striker as he played against Monaco and are now considering making a bid to bring him to Goodison Park.

Sky Sports had previously reported the club’s interest in the player, along with seven other Premier League sides, and offered a fee of £18m to secure a deal.

Ajorque scored 12 Ligue 1 goals last season and hit double goals in each of his four campaigns with Strasbourg.

The club are also said to have made an approach for Wolves captain Conor Coady in defence, while moving forward with deals for Amadou Onana and Idrissa Gueye.

It’s the story of Everton’s window so far they’ve taken their time deliberating on transfer targets but once they settle on someone they move quickly to complete a deal OK.

James Tarkowski was sorted quickly, while Ruben Vinagre and Dwight McNeil joined within 48 hours after stories emerged that there was even genuine interest in them.

Onana and Gueye were similar stories, so fans should be hoping for something like that again here with Ajorque so they can have a striker in place for next weekend’s clash with Aston Villa.

A target man figure, Ajorque is said to have a similar profile to forwards already at the club, although he’s not as mobile as Calvert-Lewin, but at £18m it could be a shrewd deal.

If they can beat competition from several other clubs, that will boost their own hopes for the season, but will also hit their rivals negatively, which can only be a good thing.