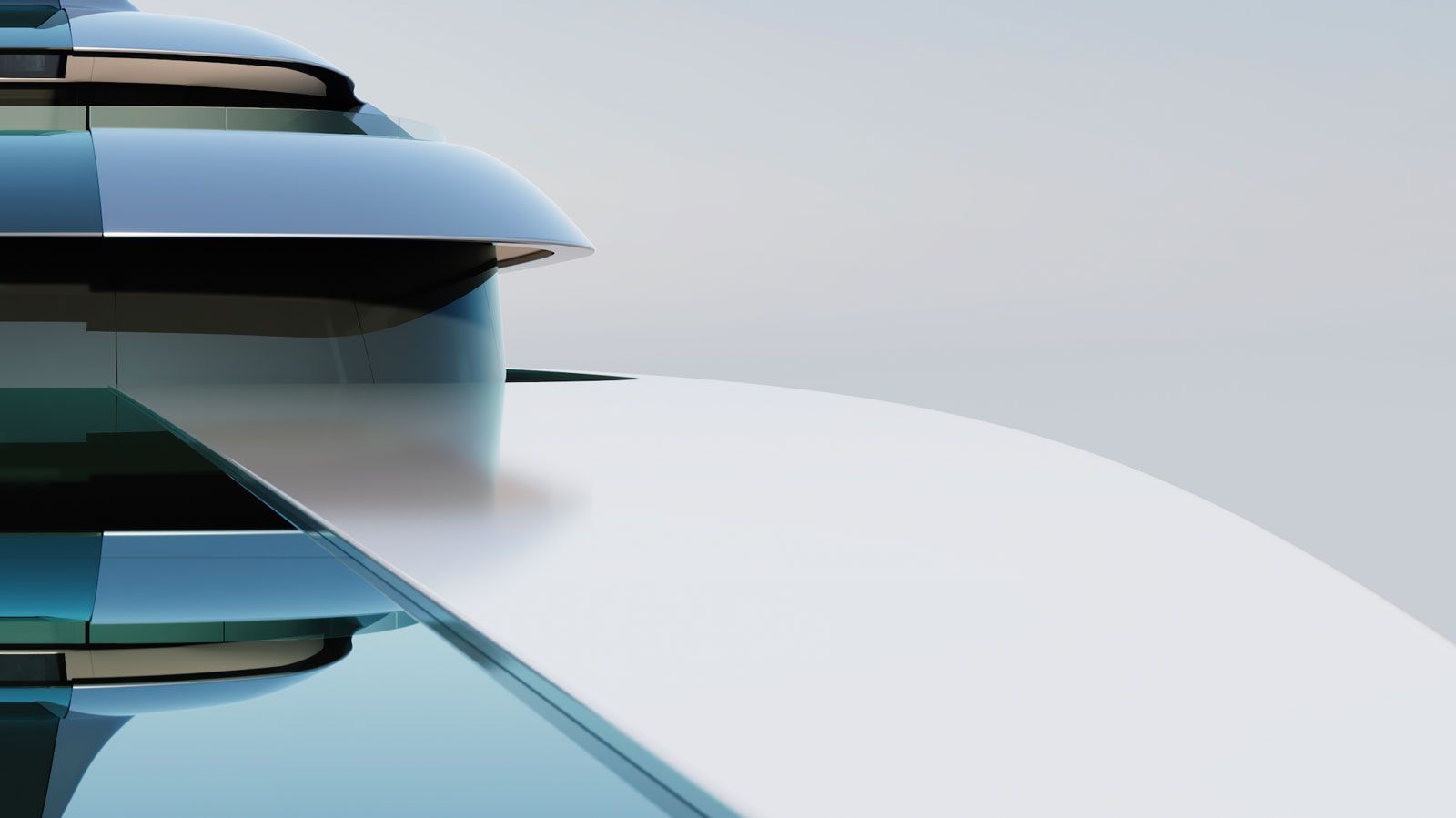 Dutch shipyard Feadship has offered a first look at its latest 85-meter superyacht concept. Named Slice, the design marks the eleventh concept ever presented by the shipyard and is based on extensive research and discussions with owners, designers and architects.

The initial concept is the work of Studio de Voogt and is based on the same “sculptural philosophy” as the 82-meter Pure concept, according to Feadship, which was presented at the Monaco Yacht Show last year.

Key to the yacht’s design is an unexpected layout that focuses on light-filled spaces and integration between interior and exterior. The focal point of the yacht is the aft deck, where a tiered 110 square meter swimming pool creates a hybrid space that sits somewhere between a beach club and an open-air cabana overlooking the water.

The Feadship concept takes its name from its approach to design, where the classic superyacht structure is ‘sliced’ to reinvent the way light can be brought inside. According to the shipyard, “a once predictable flow of spaces is being abandoned in favor of a new approach to onboard living.”

The modern design also exploits environmentally friendly propulsion options, with the engineering team calling it “fuel agnostic”. In a statement, Feadship said: “The system is forward thinking, anticipating more energy dense batteries and durable high power density fuel cell solutions which can be (re)installed when available. Ultimately, the possibility of net-zero carbon operations will depend on the fuel stored.

A top speed of 16 knots is expected.

Available for immediate construction, the yacht could be delivered as early as 2027. Further details will be unveiled at the Monaco Yacht Show.

Is it time to move from domestic to commercial investing? | Think about real estate