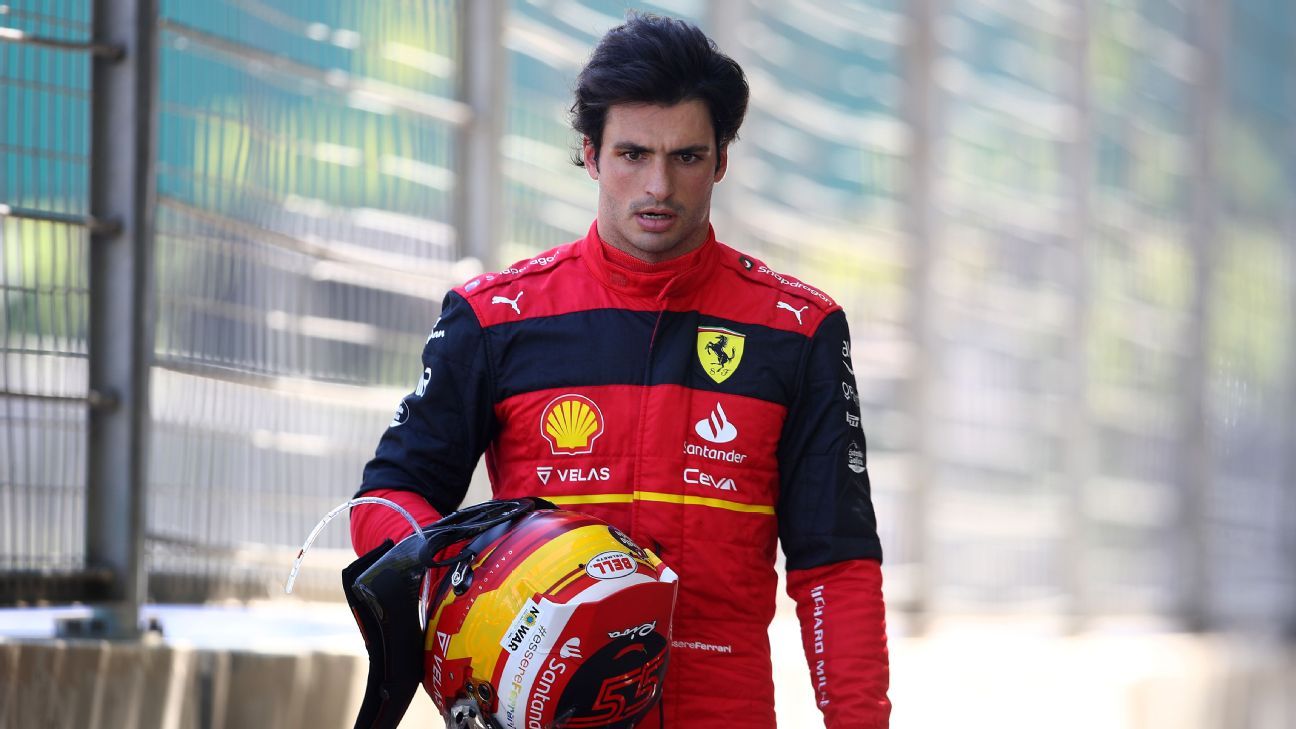 Ferrari suffered a nightmarish double retirement at the Azerbaijan Grand Prix to provide another huge opportunity for Max Verstappen and Red Bull.

Ferrari had clinched pole position through Charles Leclerc on Saturday, with Carlos Sainz starting fourth, but just 20 laps into Sunday’s race both of his cars were out of the race.

Sainz retired from fourth position on lap 9 with what the team later confirmed was a hydraulic problem.

Leclerc had been beaten at Turn 1 by Red Bull‘s Sergio Perez but was following a different strategy than Perez and Verstappen thanks to a well-timed stop under a virtual safety car.

Any chance of a dramatic fightback for Leclerc was thwarted on lap 20 when smoke billowed from the back of his Ferrari.

Leclerc immediately returned to the pits and retired the car, with what Ferrari confirmed was a power unit problem.

When asked if it was a blow to the championship, he added: “It’s more than significant. Yeah, I don’t really have the words to be honest, I came straight from the car so far.

“It’s just a huge disappointment and I just hope we can go back and be on top of these things.”

Sainz added: “We were eager to start pushing after 9 laps of tire management and trying to get a good introduction to the tires and all of a sudden the hydraulics went and that was it, even more frustrating to seeing Charles not finish and having another problem., for sure a tough day for all of us.

“We are a team, we will go through different times of the year, this one is one of the most difficult and frustrating but we will try to make sure we get it back.”

The team will only have seven days to sort out their issues before racing again at the Canadian Grand Prix in Montreal.

Leclerc was already nine points behind Verstappen in the championship. Verstappen was leading the race and had the fastest lap at the end of Leclerc’s race, meaning the reigning world champion could extend that lead to 35 points by the end of the race.

If Perez finishes second, he will also overtake Leclerc in the championship standings.

Leclerc’s once-promising season has crumbled in recent races. At the Monaco Grand Prix, his home race, a Ferrari strategy turned a likely win into a fourth-place finish.

Despite taking six pole positions in eight races this year, Leclerc has only converted two into victory – his last this season was at the Australian Grand Prix on April 10.

Reliability issues had been a problem for Red Bull at the start of the season. Verstappen’s car failed to finish two of the first three races and after the Melbourne race the Dutchman was 47 points behind Leclerc.

The Duke and Duchess of Woke (or Woe)