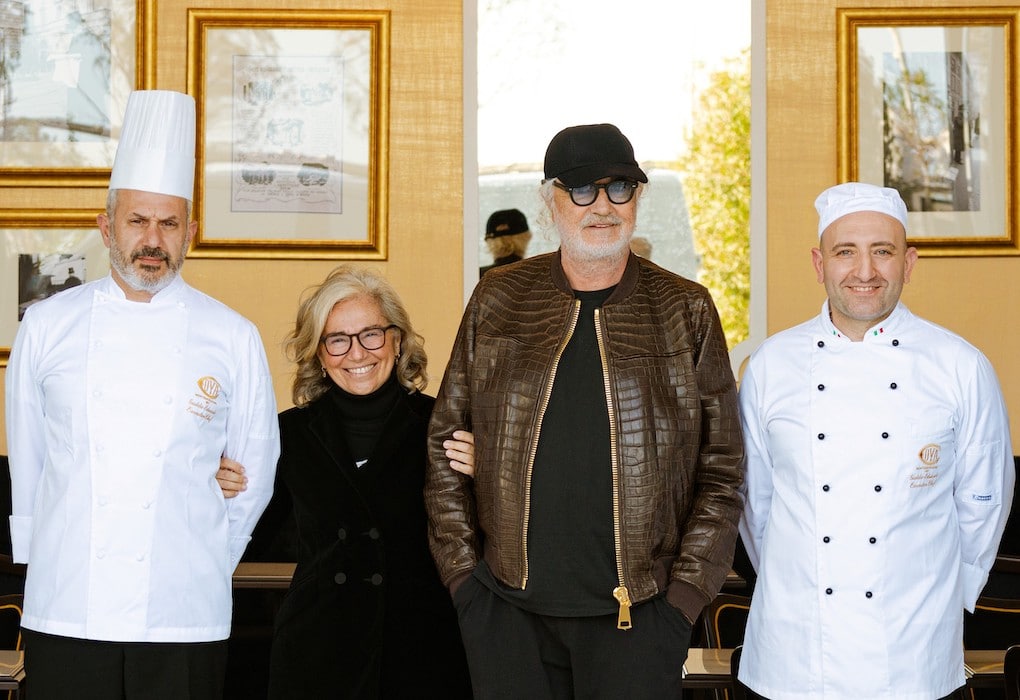 The new establishment is located at 37 avenue Princesse Grace.

If you are a fan of Mediterranean flavors at Café Cova on boulevard des Moulins, we have good news! A second location is opening at the Larvotto complex, on the ground floor of the Palais de la Plage more precisely.

“We are delighted with this second opening in Monaco,” Flavio Briatore said in a statement. Since 2016, when we opened the first location on Boulevard des Moulins, Cova Monte Carlo has become a favorite address and a benchmark in the Principality. As we announce the launch of an additional venue at Palais de la Plage, we are proud to represent Italian excellence and hospitality in two key locations in Monaco.

Guests can enjoy their meal in a sumptuous setting: white woodwork, chandeliers, blue velvet and a French-style bar counter, all emblematic elements of the Cova brand. Those with a sweet tooth will flock to the pastry counter (sit-in or take-out) that made the reputation of the first establishment. The restaurant is open from breakfast until aperitif time.

This second location in Monaco is now the fourth in Europe, in addition to those already established in Paris and Milan. It was in Milan that the first Café Cova opened its doors in 1817, at the time under the name “Caffè del Giardino”.

It quickly gained popularity and appealed to the aristocracy, the bourgeoisie and the nobility, seduced by the refinement of the establishment. Over the decades, the Cova brand, now owned by the LVMH group, has expanded internationally, opening boutiques in Hong Kong, Japan and China, before settling in Monaco.