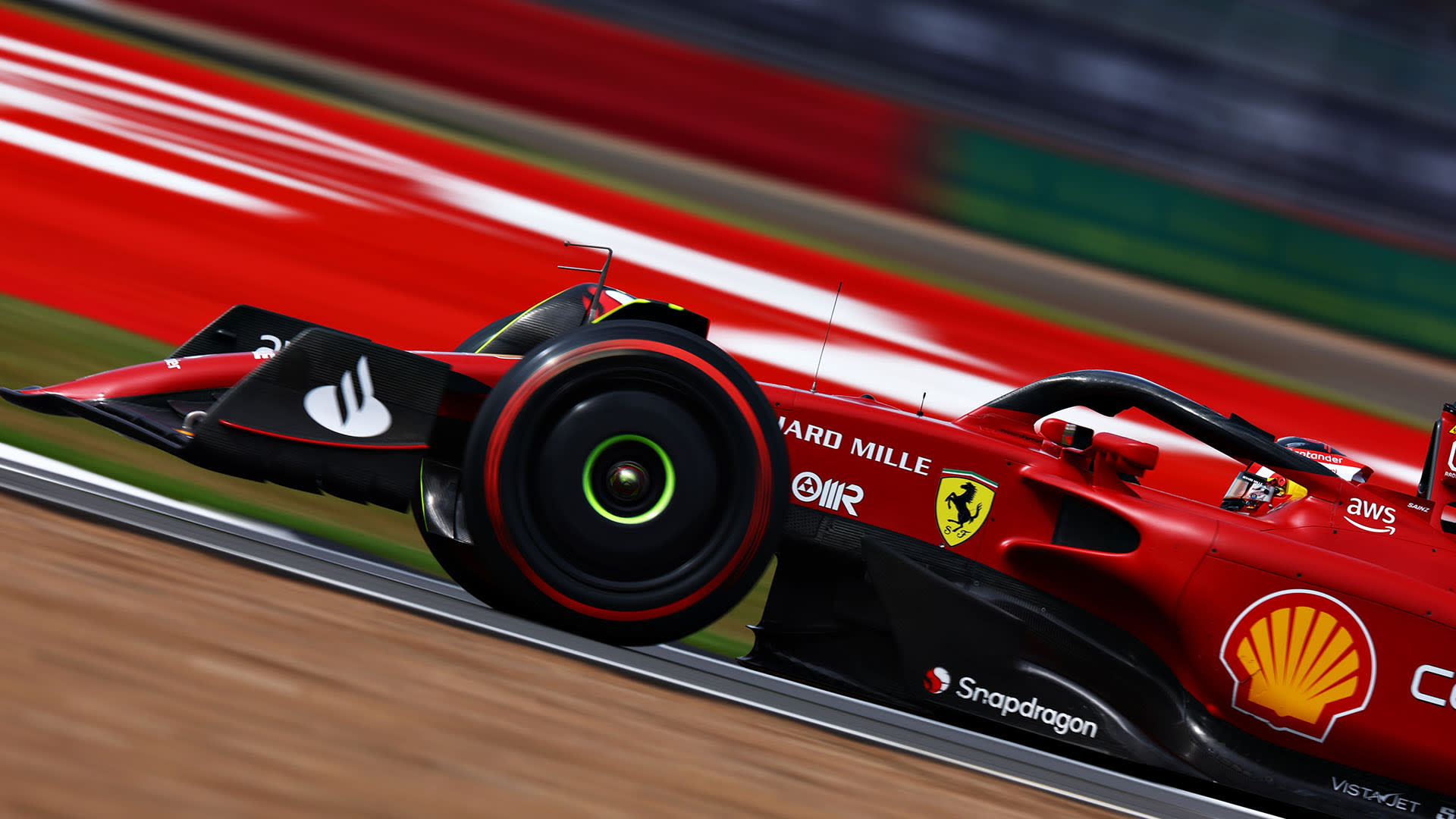 Ferrari’s Carlos Sainz set the fastest time in the second practice of the British Grand Prix, ahead of local hero Lewis Hamilton in the Mercedes at Silverstone.

The track had completely dried out after opening practice in the rain, with Sainz fitting fresh soft tires on his fuel-efficient run to clock a 1m 28.942s, 0.163s clear of Hamilton in front of an impressive crowd expected to reach 400,000 people. the course of the weekend.

AS IT HAPPENED: Follow all the action from the second practice session for the British Grand Prix

McLaren’s Lando Norris, who led the back pedal camera, was third, a fraction behind, while championship leader Max Verstappen, expressing his displeasure with the car throughout, took fourth. square.

Charles Leclerc was fifth, with the Ferrari driver showing little improvement when he swapped mediums for softs, with Fernando Alonso, in a heavily updated Alpine, sixth.

Monaco Grand Prix winner Sergio Perez was then six tenths of a second behind his Red Bull team-mate and 0.046 seconds ahead of George Russell, who, like his Mercedes team-mate Hamilton, was executing a series of performance improvements.

Valtteri Bottas – the fastest in wet conditions in FP1 – finished 11th, three places and three tenths of a second ahead of his Alfa Romeo team-mate Zhou Guanyu.

Esteban Ocon was half a second behind teammate Alpine Alonso in 12th, ahead of Alex Albon, who had the new upgrade package bolted to his Williams FW44. He finished a second ahead of teammate Nicholas Latifi, running the old package – the Canadian finishing 20th fastest.

Sebastian Vettel had to box after the team discovered a problem with the ground, Aston Martin one of several teams that made a big improvement in performance this weekend. He finished 15th, ahead of leader Yuki Tsunoda’s AlphaTauri.

Haas’ Kevin Magnussen finished 17th, with Pierre Gasly – who complained of a lack of grip during the session – an unusual 18th, just a tenth clear of Mick Schumacher.

The Fife fryer that served Prince Albert in Monaco is selling