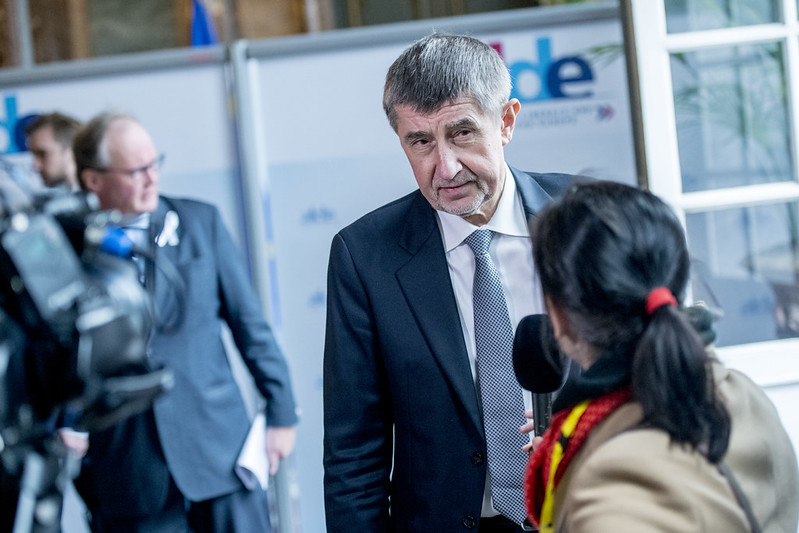 French authorities are investigating former Czech Prime Minister Andrej Babiš. (Photo: ALDE Party, Flickr, License)The case was first revealed in October last year by OCCRP and its Czech member centre, Investigace.cz. The joint investigation showed that in 2009, Babiš used a complex offshore operation to acquire 16 properties in the commune of Mougins on the Côte d’Azur, including a castle used as a summer residence.

Information from the Pandora Papers –– a massive leak of 14 business service providers obtained by the International Consortium of Investigative Journalists (ICIJ) –– showed how Babiš set up a British Virgin Islands company to which he later sent 15 million euros. This sum was secretly lent to other front companies he controlled in the United States and Monaco and then funneled to the properties.

Financial crime experts have described the scheme as “a classic example of money laundering”. But Babiš denied any wrongdoing at the time and he reiterated his innocence on Friday.

“I can say that the whole transaction of 2009 took place in accordance with the law. It was done by lawyers on the recommendation of the real estate agency. The money I sent there belonged to me and it was taxed,” he told Czech Television, a state broadcaster.

The Czech Republic’s National Organized Crime Center investigated Babiš but found no criminal offenses committed in the country, a spokesperson told the broadcaster in February, adding that the agency had sent its findings to another EU country.

The Pandora Papers revelations came as Babiš –– who had risen to power on an anti-corruption platform –– was running for re-election as prime minister. He lost by a narrow margin.

Currently, Babiš is traveling the country in a motorhome in what is supposed to be a campaign for the upcoming presidential election. In the wake of the investigation by the National Financial Prosecutor’s Office, politicians seized him on social networks to criticize him.

“Andrej Babiš is haunted by one scandal after another and he is unable to draw political responsibility from it. Fortunately, he no longer represents us internationally,” tweeted Markéta Pekarová Adamová, leader of TOP 09, one of the parties forming the government coalition.

“Finally a politician who is talked about in the international media. Unfortunately, this is under the investigation for alleged money laundering,” Independent Senator Pavel Fischer said. posted on Twitter.

Is it difficult to be a father in F1? — FormulaNerds.com