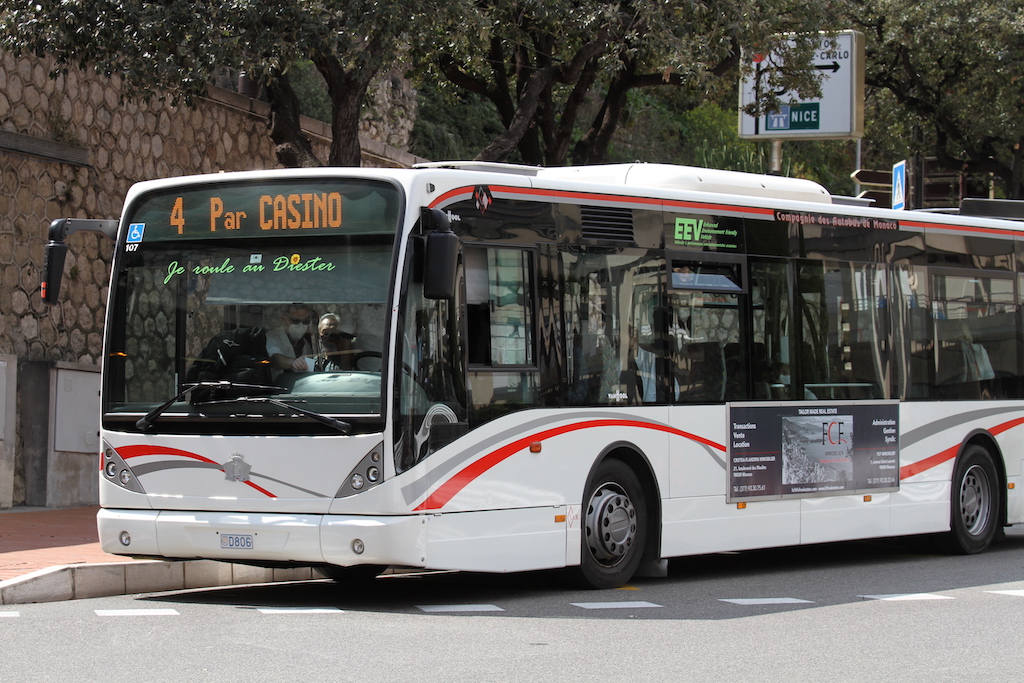 Evolving legislation, new stores, free busesâ€¦ a quick overview of the changes 2022 will bring to the Principality.

Important announcement by the National Council in December, free buses will be tested in the Principality in October and November 2022. The intention is to promote soft mobility in Monaco and encourage users to take the bus rather than the car. The precise terms of the temporary system will be determined over the next few months.

On December 9, the Principality formalized Monaco‘s membership in the TV5 Monde group. The future public television channel, Monte-Carlo Riviera, will be 100% dedicated to the Principality and will be broadcast in 200 countries, with 60 million viewers, from September. The channel will offer television news, documentaries and talk shows.

3. Acquisition of nationality by marriage after 20 years

Another big change concerns the acquisition of Monegasque nationality through marriage. From June 30, 2022, twenty years of marriage will be necessary to apply for nationality, against ten years today. The objective is to protect the current social model in place, given the rapid growth in the number of Monegasques. The National Council estimated that twenty years was the time needed to fully integrate into a community.

The law on harassment will come into force at the start of the 2022 school year. who commit violence in schools.

While Monaco intends to ban single-use plastic by 2024, 2022 marks the start of a new phase in the Government’s calendar: packaging (plastic films and labels) around fruits and vegetables ended on January 1. Non-biodegradable tea bags and plastic toys in children’s menus are also prohibited. Companies are obliged to make crockery available to employees in catering establishments and disposable cutlery will be invoiced in snack bars and restaurants.

The Larvotto is getting a facelift, with the end of work scheduled for spring 2022. A beauty salon, a bakery, three restaurants and a decoration store will open their doors there. The Swedish brand IKEA will open a new store in the Saint-Isidore district of Nice on May 11, 2022, and plans to hire 400 employees.

7. New restaurants and a renovation for the CafÃ© de Paris

Another novelty on the Larvotto: Big Mamma. The Italian restaurant will be at the end of the resort’s Meridian. At the same time, the Lebanese restaurant Em Sherif will replace Alain Ducasse’s Omer at the HÃ´tel de Paris in the spring. Also, the CafÃ© de Paris will close for renovation at the end of February. The premises will be relocated to the Salle Empire until the end of the works in 2023.

8. Improvements in transport between Nice and Monaco

The train between Les Arcs and Ventimiglia should run normally from April 2, announced by SNCF as the end of the renovation work currently underway. The works force trains to run on a single track between Nice and Eze-sur-Mer, leading to the cancellation of certain services and overloaded trains at rush hour. For motorists, the Beausoleil slip road, on the A8, should be open by the end of 2022, in order to relieve traffic congestion in La Turbie. A cycle path along the Basse Corniche is also planned for the summer.

As for maritime transport, cruise ships, banned from entering ports since 2020 due to the health crisis, could return to the Principality in April 2022. Olivier Lavagna, Managing Director of the SociÃ©tÃ© d’Exploitation des Ports de Monaco ( SEPM), told us they were waiting for confirmation. But one thing is certain: future ships will be limited to 250 meters and 1,250 passengers, targeting customers with stronger purchasing power.

From January 24, all users of electric scooters must wear a protective helmet, in order to reduce the risk of accidents on public roads. Until now, this only applied to minors. The compulsory helmet is in addition to the other regulations in force: retro-reflective clothing or equipment, audible warning devices, lights and reflectors.

10. A new format for the Monaco Grand Prix

Finally, a change of format for the 2022 Monaco Grand Prix, scheduled for May 26 to 29. Thursday will no longer be reserved for practice, as in previous years, but for support races. Practice will take place on Friday, qualifying on Saturday and the race on Sunday. This means the end of the traditional â€œday of restâ€ after Ascension Thursday, even though the trails will still be in use for four days.