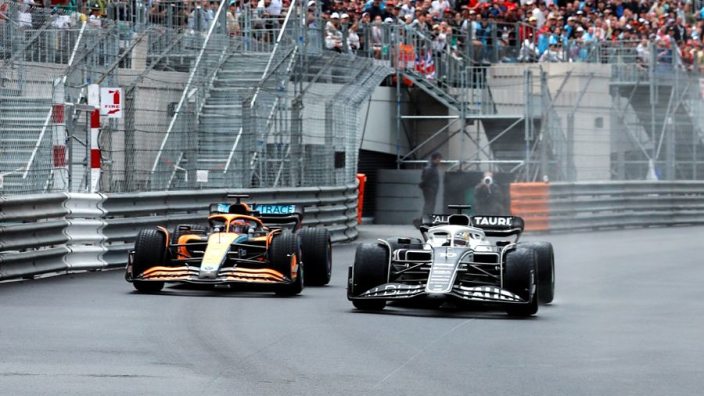 Pierre Gasly believes AlphaTauri paid the price for the “bad choices” made during Monaco Grand Prix qualifying which had a negative impact on his race last Sunday.

The Frenchman had driven superbly throughout practice and looked set for a place in the top 10 in penalties ahead of qualifying.

But Gasly became a prominent victim following a questionable red flag displayed when teammate Yuki Tsunoda made minor contact with a barrier.

Gasly was then the first driver to cross the line after the checkered flag fell, meaning he was unable to set a more representative time and resigned himself to a spectator role as his name fell in order.

Starting from 17th place on the grid, the Frenchman seized his chance and was the first to bet on the intermediate tires, making good overtakings over Daniel Ricciardo in his McLaren and Zhou Guanyu in Alfa Romeo.

But it was a case of what could have been for Gasly who finished just outside the points in 11th.

“When you’re out there with 1000bhp, really slippery conditions, no benchmarks, I don’t know how many times I almost crashed,” Gasly said.

“Then I decided to go with Inter. When I came out of the pit lane I first thought ‘This might be a bad idea’ but I had to make it work somehow. or another.

“It’s an exercise that I like a lot, a big challenge to try to find the grip. I have to say the driving was really good.

“Unfortunately, we started too far [back] and we paid the price for our poor quality choices.”

AlphaTauri needs to put away his act

“The rain shower at the start of the race was obviously a big disruption, but it was also a good opportunity for us and Pierre to push him forward,” said Egginton.

“We had an aggressive strategy and got it into the intermediates very early on which worked pretty well, while a lot of other riders stayed in the wet and wanted it to work until they got there. can switch to a dry compound.

“We had a good recovery run with Pierre but the main lesson from the weekend is that we need to have a cleaner Saturday in order to make the most of the opportunities we have on Sunday.

Princess Charlene of Monaco has tested positive for COVID-19