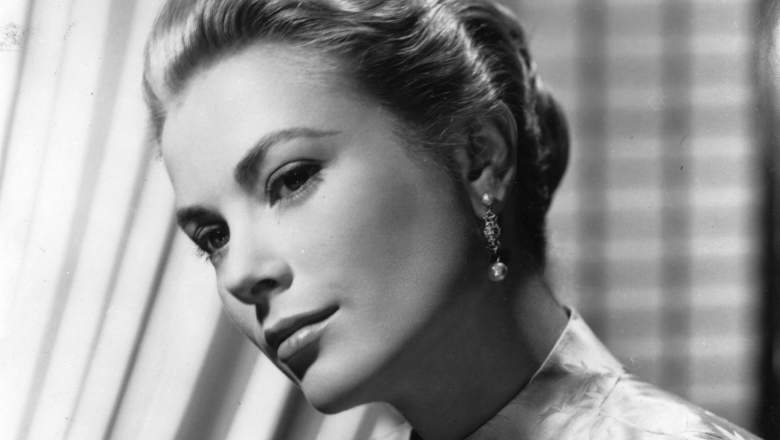 Grace Kelly’s Children Now: Where Are Her Children Today?

Grace Kelly poses for a photo.

Princess Grace Kelly was a star on the big screen and appeared in classic films, such as “Rear Window” and “The Country Girl”. Despite a successful career, the Pennsylvania native moved away from Hollywood in 1956, following her marriage to Prince Rainier III of Monaco. During their marriage, the couple shared a son, named Prince Albert II, 63, and two daughters, Princess Caroline, 64, and Princess Stephanie, 56. Sadly, Princess Grace has passed away at the age of 52. According to Hello! Magazine, she had “a stroke and lost control of [her] car, which then left the side of the mountain “and eventually died soon after the accident. Princess Stephanie, who was only 17, was also in the car at the time of the incident. While injured, she managed to make a full recovery. The actress’ death is discussed in an episode of Reelz’s “Autopsy: The Last Hours of …” series, which airs on June 27, 2021.

Despite the loss of their mother at a relatively young age, Prince Albert II, Princess Caroline and Princess Stephanie all had fulfilling lives. Here’s what Princess Grace’s kids have been up to lately.

The official Website of the Prince’s Palace of Monaco reported that Prince Albert II of Monaco “succeeded his father, the late Prince Rainier III” in 2005. The former Olympic bobsledder has dedicated his life to many causes involving the environment and athletics. He is president of the Scientific Commission for the Mediterranean (CIESM) and created the Prince Albert II of Monaco Foundation, an organization “dedicated to the protection of the environment”.

He and his wife of nearly ten years, Charlene, Princess of Monaco, welcomed their twin children, Prince Jacques and Princess Gabriella, in December 2014.

Princess Caroline of Hanover honored her mother’s legacy by taking an interest in the creative expression and well-being of women and children. the Website of the Prince’s Palace of Monaco indicated that she had been “the president of the Monaco Committee for the International Year of Children” since the age of 22. At the age of 24, she decided to create an association, Jeune J’Ecoute, which helps â€œyoung people in difficultyâ€. For the past 38 years, she has been “Honorary President of the Guides of Monaco, which has become the Association of Guides and Scouts of Monaco”, an organization similar to the Boy Scouts. In addition, she is the â€œPresident of AMADE Mondiale (World Association of Friends of Children) or (World Association of Friends of Children)â€, which focuses on â€œprotecting[ing] children from physical and psychological abuse. Princess Caroline also opened Les Ballets de Monte-Carlo as a tribute to her mother, who practiced ballet.

During a joint 2020 interview with the French publication, Madame Figaro, Princess Caroline and Charlotte spoke briefly about feminism. Princess Caroline revealed her mother told her she didn’t have to go to school, possibly due to her gender, but said she decided to move on because she was interested in competing with her male counterparts.

GettyPrincess StÃ©phanie of Monaco alongside her nephew Andrea Casiraghi in 2011.

Princess StÃ©phanie of Monaco is determined to help eradicate AIDS. Talking to Hello Monaco in December 2020, the 56-year-old president of Fight Aids Monaco insisted that “the fight is far from over”. She told the publication:

The enthusiasm for this battle has faded, the new generations are ignoring the problem. They must be educated from high school, or even college. People no longer have to hide their HIV status. HIV cannot be transmitted with a smile! Unfortunately, there is still a stigma even around his research. It will be easier for people to donate money to fight cancer when everything is in fact linked.

â€œThe same rules cannot be applied universally. We cannot remove bottle-fed animals from their circus families. Some of these people have been caring for their animals for generations and they are happy. You have to come and see them before making any judgment, â€said Princess StÃ©phanie.

The royal also has three children, Louis Ducruet, 28, Pauline Ducruet, 27 and Camille Gottlieb, 22. In the HelloMonaco interview, she mentioned the quarantine with Pauline and Camille due to the coronavirus pandemic.

â€œIn the end, we were nostalgicâ€¦ During the confinement, we were able to breathe, take our time and enjoy what we were doing. Walking our dogs, doing puzzles, playing sports and cooking a lot, â€said the mother of three.