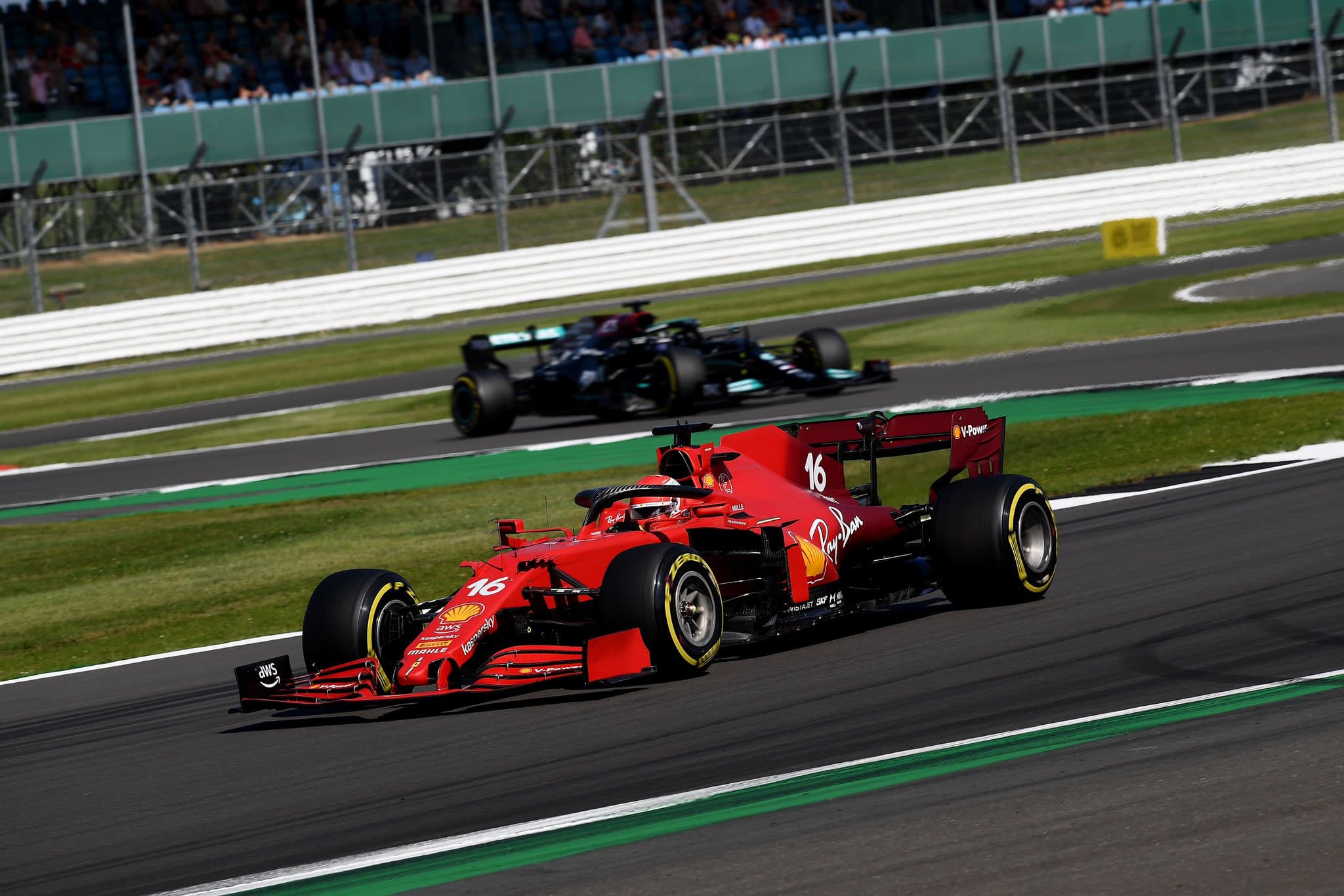 Hamilton triumphs as dejected Leclerc is one inch away from victory

After the dramatic fall of Verstappen, Charles Leclerc dominated the race until the last three laps, but it was not enough. In the end, Hamilton snatched the Monegasque driver’s dream of a third F1 victory.

It was a cruel end, which is sure to leave a bitter aftertaste for Charles Leclerc (Ferrari) for days to come. After his shocking misadventure at the Monaco Grand Prix, the Monegasque once again experienced disappointment at Silverstone, despite a brilliant race. Starting fourth on the grid, Leclerc quickly got the better of Valtteri Bottas (Mercedes) by moving up to third place.

Then came the terrible accident of Max Verstappen (Red Bull). After battling Lewis Hamilton (Mercedes) for the first two laps of the race, the world championship leader collided with Hamilton’s car and his Red Bull was thrown into the barriers. The impressive crash caused the race to stop immediately, allowing Charles Leclerc (Ferrari) to take first place.

For Leclerc, the second start of the race was first of all a blessing. Starting from pole position, the Ferrari driver took advantage of Hamilton’s 10-second penalty to gain the advantage. But Leclerc could only hold Hamilton for so long. The seven-time world champion ran at an impressive pace and quickly became a menacing form in Leclerc’s rearview mirror.

There was little Leclerc could do to push back the still-performing Mercedes. Regardless of the final disappointment, the Monegasque driver still secured an impressive second place at Silverstone. The next F1 race will take place in Budapest, Hungary on August 1. In the world championship standings, Lewis Hamilton (177 points) is now 5 points behind Max Verstappen (182 points), who leaves Silverstone with three points gained after winning the sprint race this weekend. Charles Leclerc currently occupies sixth place (80 points).

Charles Leclerc (Ferrari): “It’s difficult to take advantage of the podium after this kind of scenario. I didn’t just give myself 100% during the race, I gave myself 200%. We expected that there would be competition after qualifying, but not that we would fight for first place until the very last lap. We were much faster than before. The team is doing an incredible job and we will all continue together to be able to relive such a race. We are heading in the right direction. “