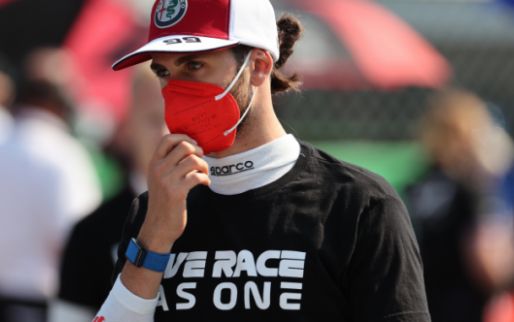 It’s still unclear who will be alongside Valtteri Bottas in the Alfa Romeo squad next year. There are several drivers on the squad roster, but now it’s mostly up to Antonio Giovinazzi to prove he deserves a contract extension with the team.

“Last year Antonio was very strong in the races and in the first lap he was even the best rider in the whole field,“Team boss Fred Vasseur is quoted on the Dutch branch of Motorsport.com. “So last year he did very well in the races. This season he is having a bit more trouble progressing after qualifying several times in Q1. He has done very well in the last two races and I’m glad I could see he was delivering and over the various laps he could take a step. “

Vettel praises Schumacher: “Then to stay calm and show motivation …”

However, Giovinazzi has not scored any more points since the Monaco Grand Prix. “Obviously scoring points is the next goal now. The last few races have been a little trickier, but I know he’s got it in him. Now I’m just waiting for the weekend where he combines everything. speed in qualifying and the race pace, from the first to the last lap. “

Giovinazzi in a unique position

The Italian has yet to turn Saturday’s good results into points on Sunday, but according to Vasseur Giovinazzi is in a unique situation. Because Alfa Romeo can afford to wait with the decision, the driver has time to prove they can.

“The advantage of his position is that we can afford to wait. We are in contact with some riders and that is up to us. It gives Antonio the chance to show that he can improve. After all, it is up to us. is the guy in the car who can show he’s okay and can improve. It’s a lot more frustrating when you’re not in the car and you have to wait and see if the other guy is fine or not. Antonio has this opportunity, and he must seize it. “

Norris: “We are miles from Red Bull and Mercedes”

How many drivers are taking sides in the title fight between Hamilton and Verstappen? Racing fans