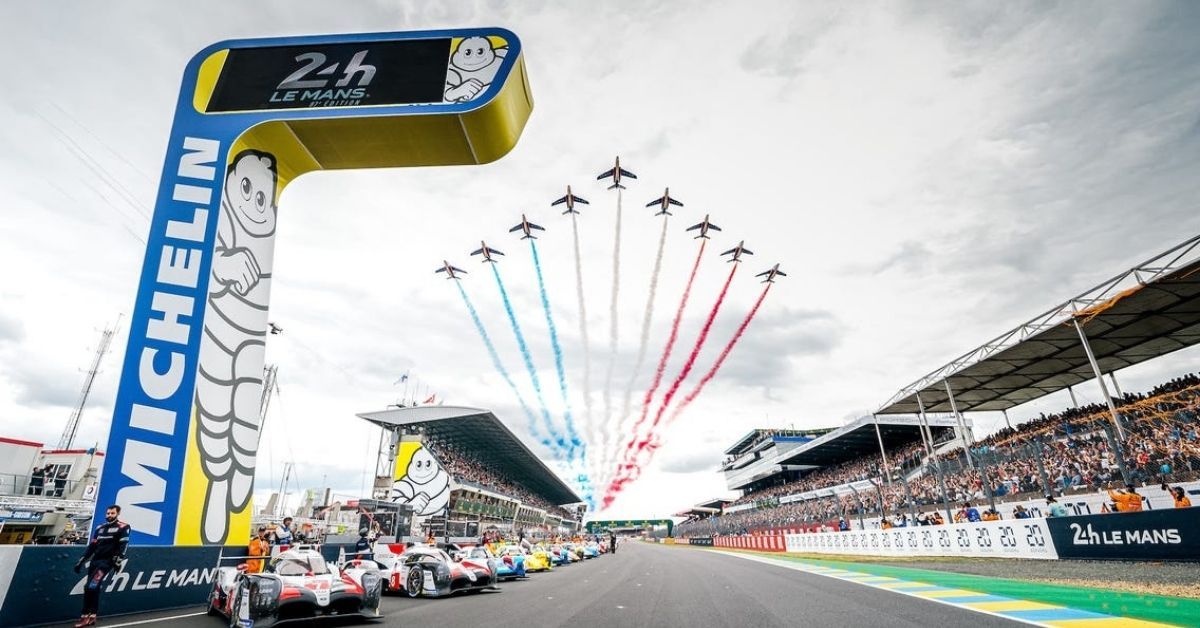 Across all fields, there are occasions and ceremonies where those in charge have the chance to celebrate and showcase their most recent and outstanding achievements, such as the Oscars in the film world or the Noble Prize in fields related to Science.

When it comes to the automotive world, a few names pop up, but the one that shines the most is the 24 Hours of Le Mans. With its rich history and countless memorable moments for the automotive industry, this iconic event remains relevant through generations. Each time, big names like Ford and Ferrari compete in an intense race to show the world their abilities and validate their inventions.

But what makes this competition so unique? Let’s dig deeper to understand the underlying reasons for this importance.

RELATED: Glickenhaus and Their Quest to Win the 24 Hours of Le Mans

Find out more about Le Mans

The 24 Hours of Le Mans is an annual sports car event in France near the city of Le Mans that emphasizes sustainability. It is the oldest long distance endurance race in the world. To compete, racing teams must find a compromise between speed and the ability of vehicles to run continuously for 24 hours without encountering technical issues. The winner of the 24 Hours of Le Mans is the vehicle that covers the most distance in the allotted time, unlike events where the champion is determined by the fastest time.

Due to the date of the event, which is in June, drivers face the often sweltering temperatures, especially if they are driving in a smaller car without sufficient ventilation. Rain is also a frequent occurrence. The race starts in the afternoon and ends the next day at the same time as it started the day before.

Contemporary competitors often cover more than 5,000 kilometers. Pilots and their crews aim for maximum speed while minimizing mechanical damage. They also have to manage vehicle consumables, including fuel, tires and brakes. There is also an element of endurance involved, with pilots often running for more than two hours before a relief that can take over at a standstill while they consume food and recover. According to the rules in force, each participating vehicle must have three drivers.

The Automobile Club de l’Ouest (ACO) is organizing the event which takes place on the Circuit de la Sarthe, a closed section of public road with a racing segment. The race is part of the Triple Crown of motorsport, which also includes the Indianapolis 500 and the Monaco Grand Prix.

RELATED: 10 Cars That Have Dominated Le Mans In The Past 30 Years

The 24 Hours of Le Mans competition takes place on the Circuit de la Sarthe, which takes its name from the French department in which Le Mans is located. It has a permanent track as well as temporary closures of public roads to accommodate the event. In the years following 1923, the track underwent many modifications, mainly for safety reasons. Its current length is 13,626 kilometers. The city of Le Mans was originally part of this race, but for safety reasons this portion has been shortened to ensure the safety of spectators. Maximum speeds at Le Mans are currently around 330 km / h due to the shorter straights.

LMP1 cars take approximately 3 minutes 25 seconds to complete the 8.5 mile circuit, which has 38 corners. It’s fast and demanding, with hairpin turns and long straights galore. Given that this is one of the finest and most renowned racing courses in the world, it is no surprise that many drivers want to participate.

RELATED: 10 Things You Forgot About The 24 Hours Of Le Mans

Many car design improvements were made at Le Mans to cope with the challenges of the track. These were either imposed by regulation or were efforts by manufacturers to gain an advantage over their rivals in the competition. Many new features have made them ordinary cars.

Countless new features concerning the aerodynamics of cars, new engines, more efficient braking systems and so many other technological developments were presented in the framework of this event.

In order to keep pit stops to a minimum, each car is designed to be as fast as possible while being very fuel efficient. In a way, it’s like having a glimpse into the future as much of the technology you see on this circuit will eventually end up in our everyday vehicles.

Big events create big rivalries, and it can’t get bigger than Le Mans. We’ve seen some of the most entertaining and historic one-on-one battles over time. One of the most famous is the Ford v Ferrari rivalry. In the 1960s, when Ferrari was running Le Mans, Henry Ford came up with an offer to buy the company, which ultimately did not come up as Enzo Ferrari did not want to lose authority over his company. This made Ford so frustrated that they built a new vehicle with Shelby’s help to crush the Ferrari, and they did and won the 1966 Le Mans. It was such a big battle that there is books and movies about it.

Another important battle was the Jaguar against Porsche. Porsche reigned supreme in the 80s with seven consecutive wins from 1981 with iconic cars like the Porsche 936, 956 and 962C. In 1987, Jaguar attempted to break the streak with the XJR-8, a renowned and validated race winner. But he ended up placing fifth, losing again to Porsche vehicles. But they returned the following year with the XJR-9 overtaking Porsche vehicles and winning the trophy.

There have been so many great battles in Le Mans history that it needs its own segment to cover. Porsche vs. Ferrari, Jaguar vs. Mercedes, Audi vs. Peugeot, to name a few.

10 things everyone forgot about the Le Mans-winning Ford GT40

The Ford GT40 may have superstar status, but there is still a lot that people don’t know about the legendary Le Mans car.

Hamed is a literature student, writer, musician and car enthusiast. His favorite subjects to write about are cars, technology and games. When he’s not writing, he’s playing or listening to music.