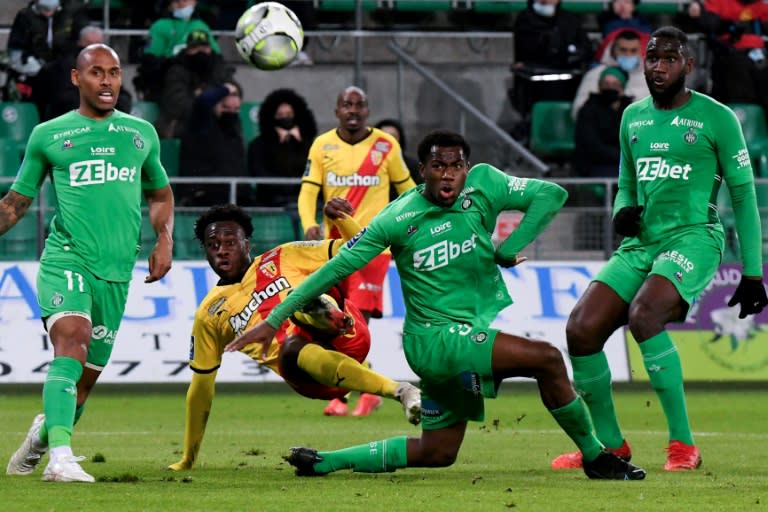 Saint-Etienne and Bordeaux have won a total of 16 French league titles, but two of French football’s most successful clubs find themselves rooted in deep unease and facing the grim prospect of relegation this season.

Plagued by financial difficulties aggravated by the Covid-19 pandemic and accusations of mismanagement, Saint-Etienne and Bordeaux occupy the bottom two places in Ligue 1 with only five victories between them.

Champion of France a record 10 times, the domination of Saint-Etienne in the 1960s and 1970s is only a distant memory. The Greens also reached the 1976 European Cup final, but a financial scandal sent the club into a tailspin in the 1980s.

This decline coincided with Bordeaux’s return to the limelight in a decade in which they won three league trophies. The golden age was however to end with an administrative relegation in 1991 for heavy debts.

Bordeaux earned immediate promotion to the top tier the following season and have since won two more Ligue 1 titles – in 1999 and 2009.

But the club have been drifting on the pitch for some time and were placed in administration last year after their US-based owners King Street ended their investment.

The Girondins flirted with relegation before winning their last two games to stay in place, but their safety was not assured until former Lille owner Gerard Lopez finalized the takeover of the club in July.

The renewed optimism has quickly faded and coach Vladimir Petkovic is fighting for his job ahead of this weekend’s game against Strasbourg.

Petkovic, who led Switzerland to the quarter-finals of Euro 2020, received public support from Lopez last week but then watched his side capitulate 6-0 at Rennes – their heaviest Ligue 1 defeat since 1986 .

Thierry Henry would be seen as a potential replacement for a critical few months which could have lasting effects for a club in turmoil.

“I wouldn’t have imagined it in recent seasons, but today you have to face reality. We are in a dangerous situation,” former Bordeaux and French star Alain Giresse told L’Equipe.

“It would not only be a descent into Ligue 2 but perhaps the end of the club. We are on hot coals.”

Six straight league defeats have left Saint-Etienne six points from safety, but Pascal Dupraz will hope Friday’s derby with Lyon can mark the start of a turnaround mission for a club that has been on sale since April.

“I think we have a one in two chance of staying,” said Dupraz, who was appointed last month after Claude Puel was sacked.

“Despite these first two defeats, at home and more, it’s not all over.”

Paris Saint-Germain, 11 points clear at the top, host Reims on Sunday, while second-placed Nice travel to Metz. Marseille will play Lens on Saturday.

The Monaco captain is joint top scorer in the league alongside Jonathan David of Lille despite seven of his 20 appearances coming off the bench.

Returning from a Covid-19 layoff, the France international netted twice in the second half of a 4-0 win over Clermont last weekend – the second time he scored a brace in as a substitute this season.

Niko Kovac has often left out Ben Yedder out of concern for his defensive contribution, but new manager Philippe Clement believes he will ‘thrive a lot in the football we want to play’.

26 – Lorient are winless in their last 26 away games in the top flight, losing 15 of those games.

7 – Hatem Ben Arfa could feature for his seventh different club in Ligue 1 after signing for Lille. He previously played for Lyon, Marseille, Nice, PSG, Rennes and Bordeaux.

Metz against Nice (1200), Angers against Troyes, Bordeaux against Strasbourg, Clermont against Rennes, Nantes against Lorient, Montpellier against Monaco (1605), Paris Saint-Germain against Reims (1945)

Piastri missing F1 2023 seat would be an ‘injustice’