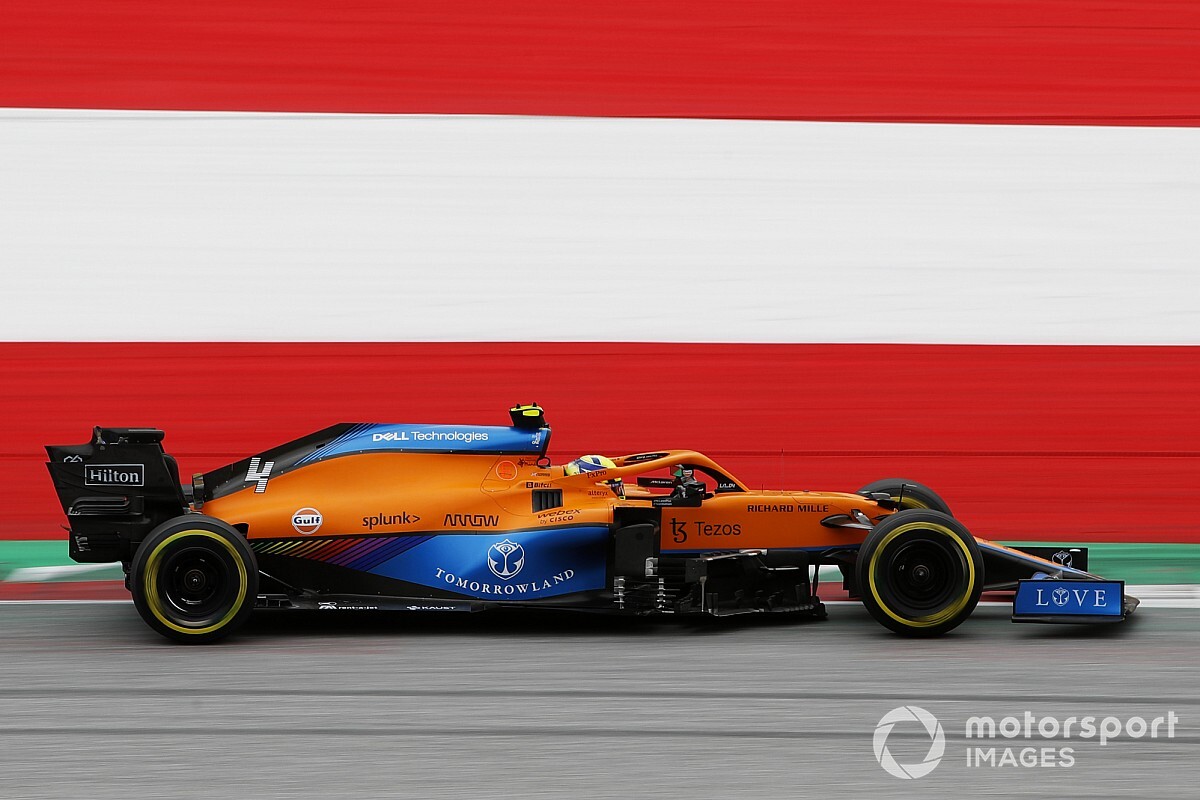 Throughout its history, McLaren has never ceased to innovate in the quest for perfection. Whether it’s cutting-edge design or the use of cutting-edge materials, the F1 team, drawing on the know-how of their automotive department, have strived for engineering of the highest quality for success on the racetrack.

On the way to the top, McLaren has partnered with iconic brands that complement the same perpetual thirst for progress and an ongoing quest for excellence. Nothing more than the collaboration with Richard Mille, which, since 2016, has led to the development of timepieces inspired by a passion for the automobile and Formula 1.

The engineering principles that founder Bruce McLaren instilled in his company are the same values ​​shared by Richard Mille, a lifelong racing enthusiast. His passion for progress and attention to detail were motivated by his experience watching McLaren drive his own car at the 1966 Monaco Grand Prix. These beliefs are reflected in the technical masterpieces created in the range of chronographs developed by Richard Mille.

It was inevitable that from those early days in the 1960s, driving his McLaren M2B, Bruce’s long-term vision led the team to many Formula 1 World Championship successes, including over 180 Grand Prix victories and eight constructors’ championships. 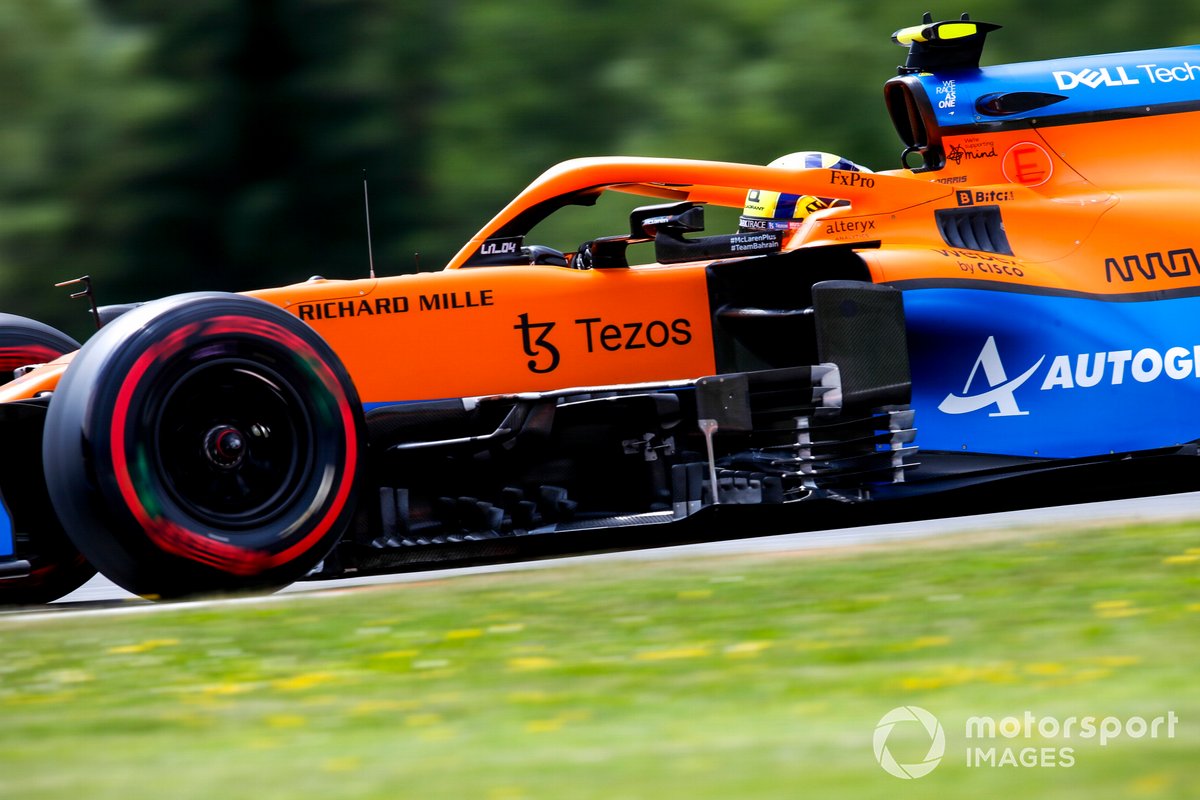 Over the decades, many of the world’s greatest racing drivers have driven McLarens to victory on the racetrack, including legends such as Emerson Fittipaldi, Alain Prost, Lewis Hamilton and Ayrton Senna. And the Brazilian hero will be forever associated with the company when McLaren Automotive celebrated his talent with the unveiling of the McLaren Senna at 211 mph.

Launched simultaneously alongside the Senna supercar at the 2018 Geneva Motor Show, the exquisite RM 11-03 Automatic Flyback Chronograph. Both products not only reflect speed, but are made with similar and extreme materials and subtle design elements. The push buttons reinvent the headlights of the supercar; a winding crown mirrors a McLaren road wheel, while the bracelet incorporates the classic Speedmark logo. 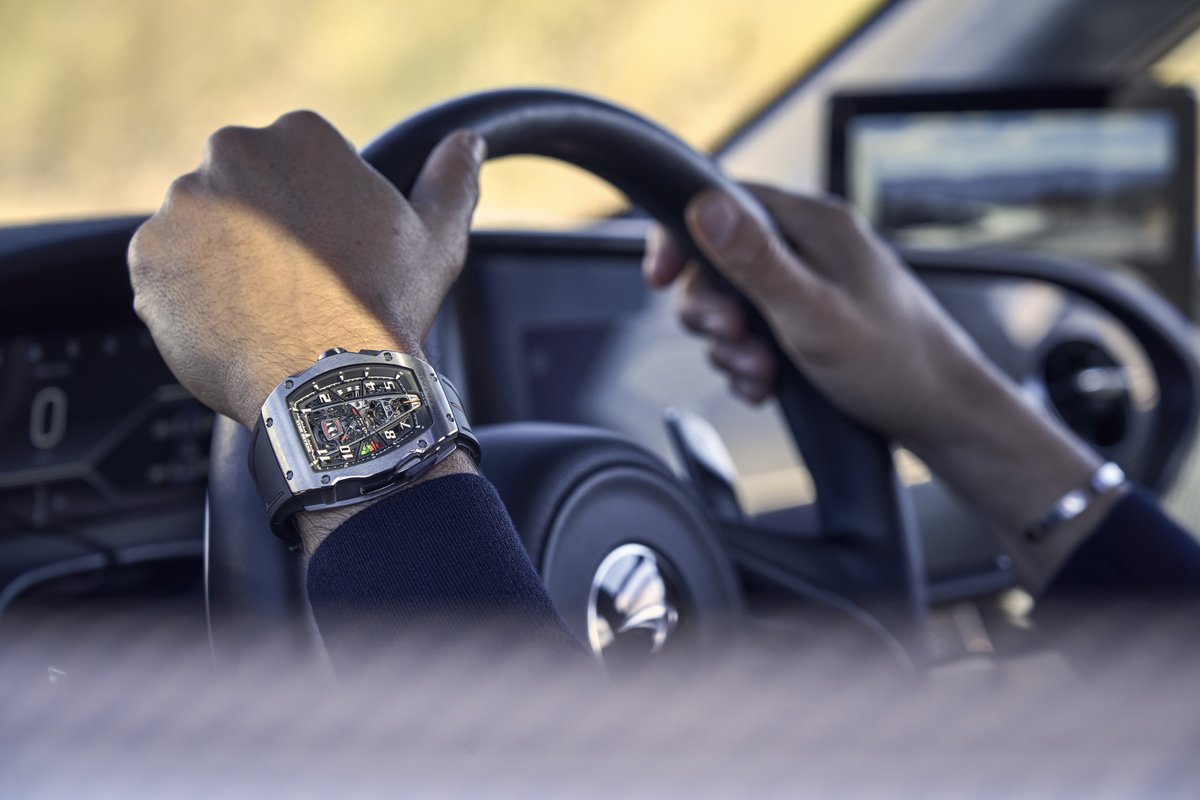 Back on the racetrack, McLaren were the first team to launch space age materials for their F1 cars. In 1981, they made the revolutionary change from an aluminum monocoque to a carbon fiber monocoque, both stronger and, more importantly, lighter. In a few years, all Formula 1 teams had made the transition.

The development of new lightweight materials has also been a goal for Richard Mille. The McLaren F1 tourbillon RM 50-03 split-second weighs less than 40 grams – including the strap – making it the lightest mechanical chronograph ever made. This landmark achievement was reflected in McLaren’s use of advanced materials in F1. The design of the timepiece incorporates Titanium and Carbon TPT® and a revolutionary nanomaterial in the world of watchmaking: Graph TPT®, also known as graphene. 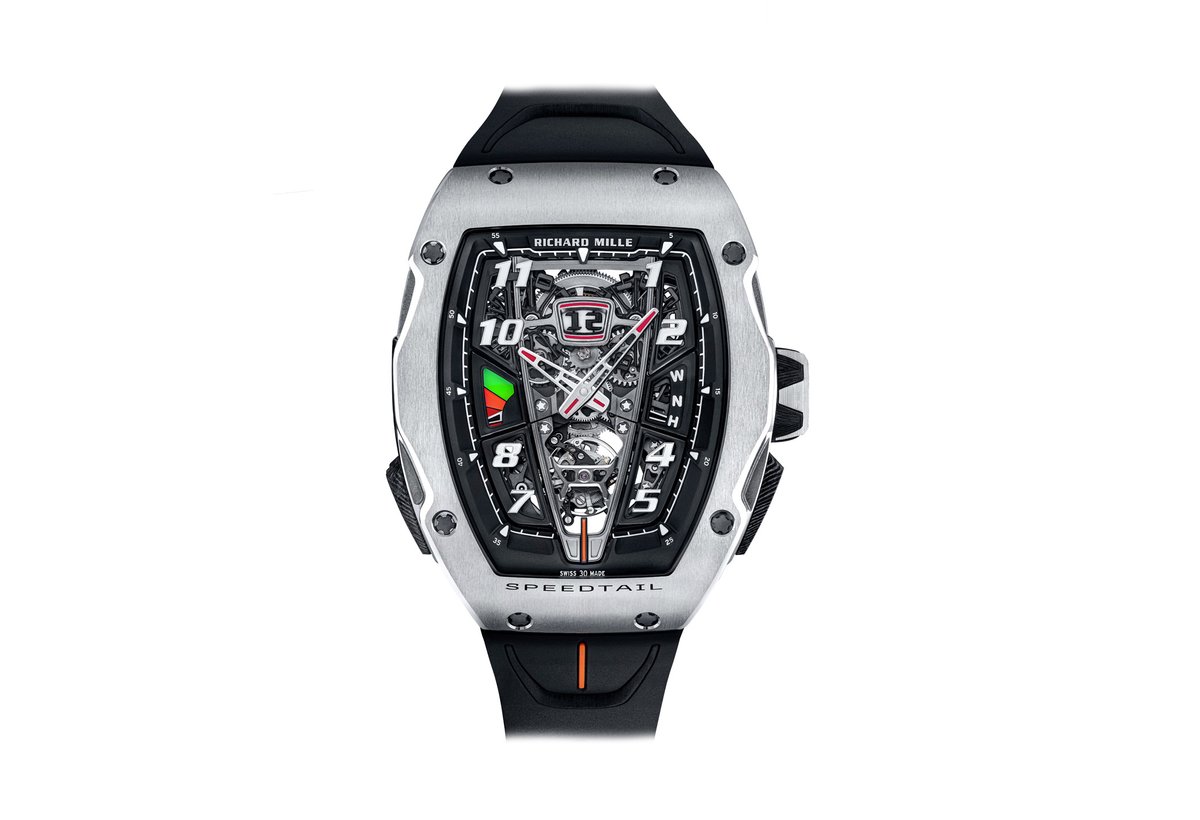 Inspired by McLaren’s magnificent grand tourer, the RM 40-01 Automatic Tourbillon McLaren Speedtail was made with the same shape and spirit as the superb Speedtail. The technology and performance of the hypercar’s powertrain is reflected in the movement of the watch.

This led McLaren’s head of automotive design, Rob Melville, to describe Richard Mille products as’ racing machines on the wrist ‘, which is also the brand’s slogan, adding:’ There are so many similarities in how we approach a problem, such as saving weight, reducing vibrational impact, and minimizing resistance.