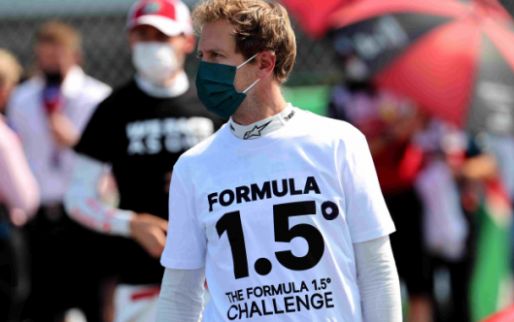 “I don’t see any other reason either”

The Monaco Grand Prix always starts on Wednesdays with press conferences, followed the day after the first and second free practice. Friday was then still a ‘free’ day for drivers and teams, but this tradition was last abandoned in 2021. From next season, the program in Monaco will be like any other Grand Prix. . Sebastian Vettel is critical.

“It was always a nice day off, I wasn’t going to party or anything, but I had a little more preparation time. It was just part of Monaco,” Vettel is quoted as saying by Motorsport.com. Liberty Media’s plans can therefore not really count on the approval of the quadruple world champion. “But anyway, all the fun stuff apparently has to go. That’s why they’re downsizing to three days.”

Ask your questions to Verstappen and the other Honda riders on Thursday!

The German doesn’t quite understand why things should suddenly change after all these years. “I don’t understand why you want to change it in Monaco. It worked well, it was a one-time schedule. Anyway, we will adapt and then we will see. I’m not sure if all the fun should be taken away, but I can’t see any other reason for that either. There are probably things that were more fun before, but then again, things have changed for the better. There is always a kind of balance “, he says.

It is possible that Formula 1 decided to start only on Thursday in Monaco, so that the weekend before can be planned as well. Liberty Media is still considering extending the schedule. The provisional 2022 schedule will likely be announced within a month.

Penalty points in F1 | Four drivers without points, Hamilton out of danger