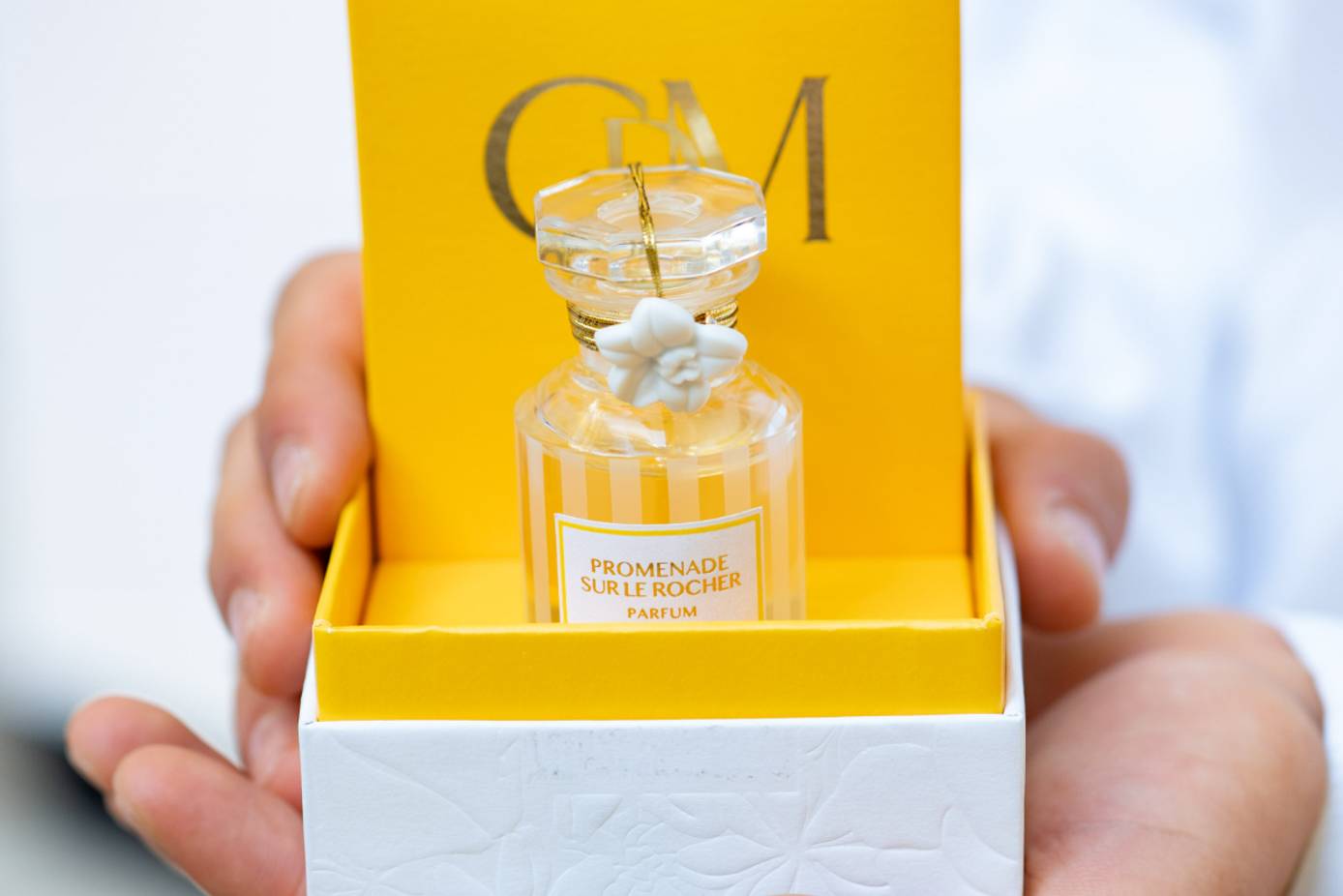 Grace De Monaco was launched this summer with a pop-up event at the Hotel De Paris in Monaco hosted by Prince Albert and a select circle of supporters and friends. The luxury brand, a 100% subsidiary of the Princess Grace US Foundation, donates 100% of the profits to support emerging artists in cinema, dance and theater. The inaugural product, a fragrance representing the legacy of Princess Grace, will be available through an exclusive agreement with Neiman Marcus with the rollout of additional products that will continue over the next year. FashionUnited speaks with CEO, Brisa Carleton; Chief Operating Officer, Christopher Lacey; and Director of Public Relations and Communications, Lindsey Champagne to learn more about this unique concept, a brand founded on the principle of luxury for good.

Lacey, whose career includes working for luxury giants such as Giorgio Armani, Hugo Boss, Gucci, Donna Karan, Omega, Zilli and Barneys New York, calls the project “one of the most rewarding projects I have ever had.” participated in my 24 years in the luxury industry. His interest was peaked by how it contrasted with all of his other experiences. â€œThe economic model was different. The main role of this brand is to finance the Princess Grace Foundation. It’s not a secondary or side project for us, it’s the brand’s DNA so it makes more sense. What we do with Grace De Monaco or GDM is also changing the way charities fundraise and promote awareness.

Initially, when the team attempted to identify potential competitors in the luxury philanthropic space, it went blank. Instead, the model they chose as similar directional was Newman’s. â€œWe sell luxury goods instead of salad dressings, salsa and lemonade,â€ says Lacey. “The Paul Newman brand is phenomenal to me because you have an iconic presence that makes quality products while giving back to charity through consumer engagement.”

The timeless prestige of Princess Grace is evident in the brand’s first fragrance, Promenade Sur Le Rocher Parfum and Eau de Parfum, which was created by award-winning master perfumer Olivier Cresp (Firmenich), guided by the expertise of VÃ©ronique Gabai (Estee Lauder), while JÃ©rÃ´me Faillant-Dumas (Dior, YSL) designed the containers and packaging for the Promenade Sur Le Rocher Collection. Carleton says, â€œWe are fortunate to have long term relationships within the luxury market and have been able to bring in top talent to work with us.

â€œPrincess Grace was a Hollywood star turned princess and became one of the world’s premier influencers in fashion, film and philanthropy,â€ says Carleton. The foundation, which was launched 40 years after the death of Princess Grace, reflects the touchpoints of its archives and legacy.

â€œDuring her lifetime, she was always very modern, which is what made her such an influencer,â€ says Carleton. â€œShe didn’t just depend on the fashions of the day, she helped shape fashion. We look at her style and timeless chic and wonder what she would wear now, what fragrance would she be interested in now.

The foundation that received his likeness and the rights to his name has worked for decades with carefully selected licenses and partnerships with names such as Dior, Montblanc, Rolex. These partnerships are underway, one of which is currently with Cartier, and new ones will be announced shortly. Grace De Monaco is strategically designed to sit next to these as none of the brand’s partners are in the perfume space.

The brand was born out of Prince Albert‘s desire to reintroduce the essence of his mother Princess Grace while simultaneously creating a new revenue model to support the foundation. The foundation acknowledged that it had reached a generational inflection point as many of those close to Princess Grace are gone and the younger generation who wear the Kelly bag, don’t know much about the icon for which the bag bears the name. â€œHe is someone who deserves to be remembered and his legacy continued and not just to this generation,â€ said Carleton. The foundation also has another initiative called Grace Influential focused on showcasing Princess Grace’s influence and impact to new generations.

The Princess Grace Foundation is a public charity funded by donations, license revenues and profits from the new brand. Notable former winners of the Princess Grace Foundation award include the director of the latest installment in the James Bond franchise, No time to die, Cary Fukunaga who won the film award in 2005; Isabella Boylston who won for Dance 2009, and is now a principal dancer with the American Ballet; Jon M. Chu who won for Film in 2001 and became a director of crazy rich asians, In the heights and Bad, which is currently in production; Leslie Odom Jr. the Tony Award-winning actor Hamilton and Oscar nominee One night in Miami who won for the theater in 2002.

â€œPeople want to know that when they shop, they do less harm and more good,â€ explains Lacey, explaining why now is the time to launch Grace De Monaco. â€œWhether it’s environmental or social, it’s important that brands are more than beautiful things, there must be more, and we offer them that. “