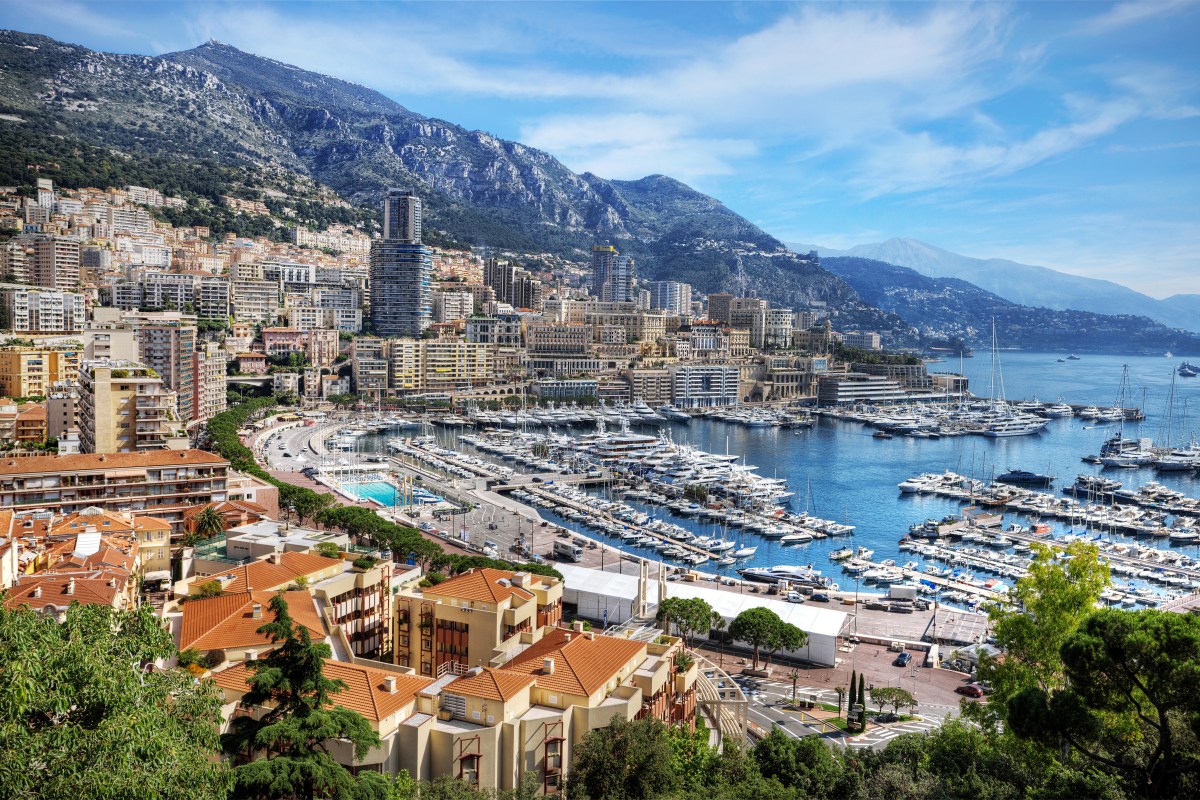 MONACO is the second richest country in the world, and it is estimated that one in three people who live there is a millionaire.

So where is this glitzy sovereign state located and what top names does Monaco attract?

Geographically, Monaco is located in France, and surrounded by France on its three land borders – but it is not part of France politically or financially.

Monaco is its own sovereign city-state on the French Riviera, close to hot spots such as Cannes, St Tropez and Saint Jean Cap Ferrat, and just a mile from the colorful cliff towns of the Italian Riviera.

Monaco was once part of France and was briefly a colony of Genoa, Italy, from 1215 to 1297, then the Grimaldi family settled in and took over.

The Grimaldi remain the current ruling family of Monaco to this day and are the oldest royal family in Europe.

Monaco spent a little time belonging to the Spanish rulers and an odd year belonging to Sardinia in the early 1600s.

Monaco is it a country?

Yes, Monaco is the second smallest country in the world, with a population of 39,511 – just behind the Vatican, which is home to just 800 people.

It is a constitutional monarchy which has been a sovereign nation since the end of the 13th century.

The current ruler of Monaco is Albert II and has an elected parliament of 24 seats. France is responsible for its defense.

Monaco has no natural resources, arable land or income tax.

The Monaco flag is made up of four equal horizontal bands of red and white, starting with red at the top.

These are the official colors of Maison Grimaldi, which reigns over Monaco. Red apparently represents human flesh, while white represents purity.

The Monegasque national anthem was first composed in 1841 and the official language in Monaco is French.

Monaco became an official nation in a treaty in the late 1800s, and the Grimaldi family monarchy is now secure, although it has no official heir.

What currency does Monaco use?

Monaco has used the euro as its official currency since 2002 – but it is not a member state of the European Union.

The euro replaced the Monegasque franc, which had only existed since 1987.

Charles de Gaulle made an agreement with the then Monegasque ruler Rainier, in 1963, according to which French citizens living in Monaco must pay income tax in Paris.

De Gaulle had threatened to cut Monaco’s foreign exchange supply a year earlier because the French government was fed up with not collecting the tax.

Is Monaco the richest country in the world?

Monaco is the wealthiest part of the French Riviera, and is famous for being a tax haven, as well as for luxury lifestyles.

The economy is mainly driven by tourism to the casinos of Monte Carlo, which are so successful that Monaco has no income tax.

Monaco hosts many events linked to extreme wealth, such as the Monaco Yacht Show and the Grand Prix.

Culturally, it has a state-of-the-art interactive oceanographic museum, the rose ball and the Monte Carlo Philharmonic Orchestra.

Monaco is officially dedicated to protecting the environment and promoting sustainable development.

Which famous people live in Monaco?

Lack of income tax and luxury lifestyles have driven the wealthy to buy property in Monaco, and many A-listers visit for much of the year.

Many Formula 1 stars have made Monaco their home as well, including Lewis Hamilton, Jenson Button and David Coulthard – and Olivier Beretta can claim to have been born there.

Many other celebrities live near Monaco, such as Bono in his seaside mansion, Julian Lennon, Elton John and David Furnish, and Joan Collins.

Leonardo Dicaprio often spends his vacations near Monaco on his yacht, as do Kate Moss and Naomi Campbell, Rihanna, Roger Moore, and Beyonce and Jay-Z.

Michael Andretti and Zak Brown: Joined at the hip, with a possibility of coming…