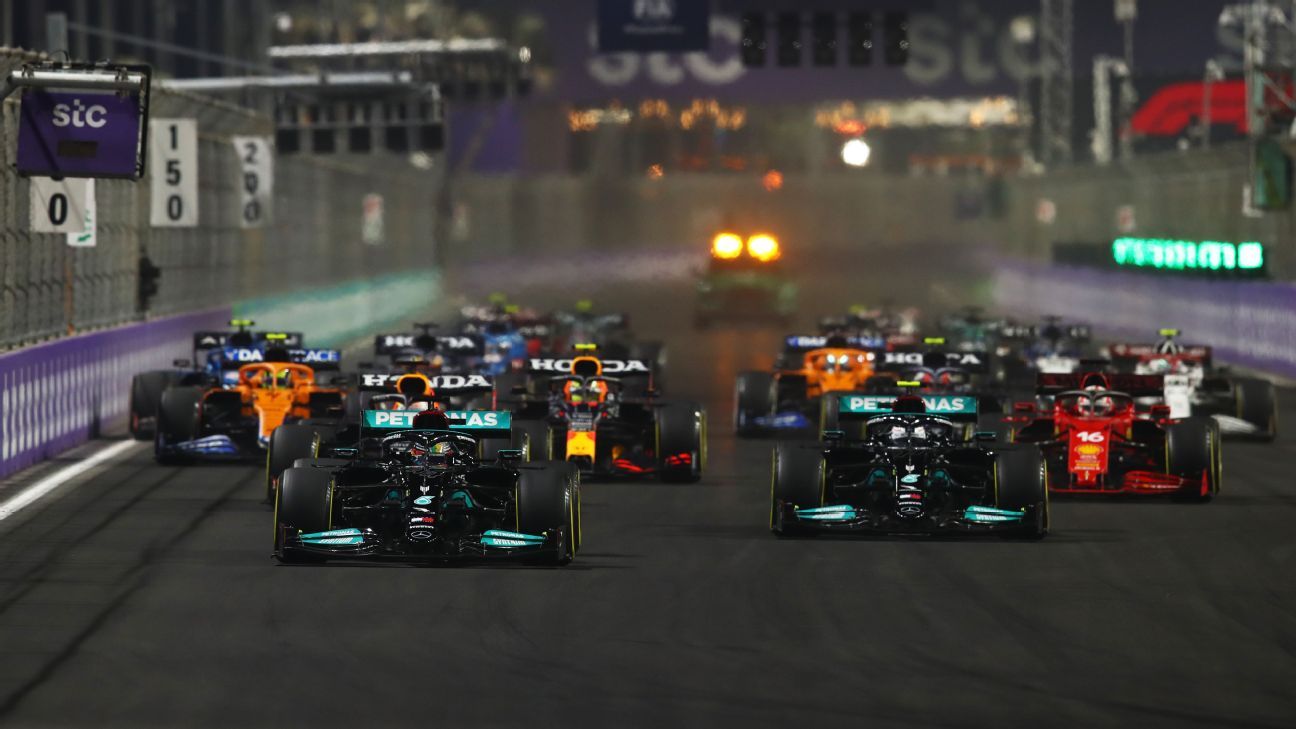 Formula 1 is expected to have a record 23 races this season.

The 2022 campaign follows one of the most incredible title battles in F1 history, which ended in controversy at the Abu Dhabi Grand Prix in December.

It looks like this campaign is barely over, but the new season is already on the horizon.

Here’s all you need to know.

The F1 cars that line up for the Bahrain Grand Prix on March 20 will be very different from those that finished the Abu Dhabi Grand Prix in December. F1’s aerodynamic overhaul, postponed to 2022 due to the pandemic, goes into effect this year. F1 teams have been working on their 2022 cars in the background for a long time and some have focused on this project much earlier than others. F1 hopes its new cars will achieve two key goals:

You can read Laurence Edmondson’s full guide to the new regulations here.

When will we see these new cars for the first time?

No team has confirmed when they will launch their new car, although it can be assumed that most of them will do so in the week leading up to the opening day of the first test.

Some teams may choose to only post computer renderings of their car and reveal reality when it first comes out of the garage that morning.

F1 has reserved six days of testing this year, spread over two different venues. The first three days will take place on the Circuit de Catalunya circuit in Barcelona, ​​host of the Spanish Grand Prix, and on the Sakhir international circuit in Bahrain. Bahrain will host the season opener a week after the end of the second test.

Tests often provide a rough picture of what the competitive order looks like. This year will be more crucial than ever, with reliability issues likely to be extremely costly given the limited time available for all teams to understand their new cars.

Will Hamilton be on the grid?

Lewis Hamilton has remained completely silent on social media and media since leaving the paddock hours after controversially losing the title to Max Verstappen in the final round of the Abu Dhabi Grand Prix. Mercedes ultimately decided not to appeal the result of that race, with the FIA ​​promising a full review of how race director Michael Masi handled the restart of the race.

According to Sky Sports, the outcome of this review will influence Hamilton’s decision to continue, suggesting that he and Mercedes would at least like to see a change of race director. It remains to be seen whether an FIA investigation of an FIA employee will yield significant results.

All indications from ESPN are that Hamilton will continue this year. Hamilton is chasing a record eighth world championship which would move him away from a tie with Michael Schumacher on the all-time list.

It will be the biggest season ever in F1. It will feature a second race in the United States, with May’s Miami Grand Prix joining the schedule for its first event. Miami has signed a 10-year contract to host F1 racing in the future.

The core of the calendar otherwise looks very similar to previous seasons, with the European races being the center of the program on either side of the August summer break.

The season will end at the Abu Dhabi Grand Prix on November 20, which is earlier than normal due to the lineup for the FIFA World Cup in Qatar, which begins the next day.

The locations of these sprint qualifying races – where qualifying takes place on Friday, setting a grid for a shortened race on Saturday that defines the grid for Sunday’s grand prix – have yet to be revealed, although F1 is said to be considering Bahrain, Imola, Montreal, Austria, Zandvoort and Interlagos.

Princess Charlene is back to her royal duties in Monaco, but she missed a family trip…

‘No question’: Australian blow as swap rumors heat up; Hamilton’s…