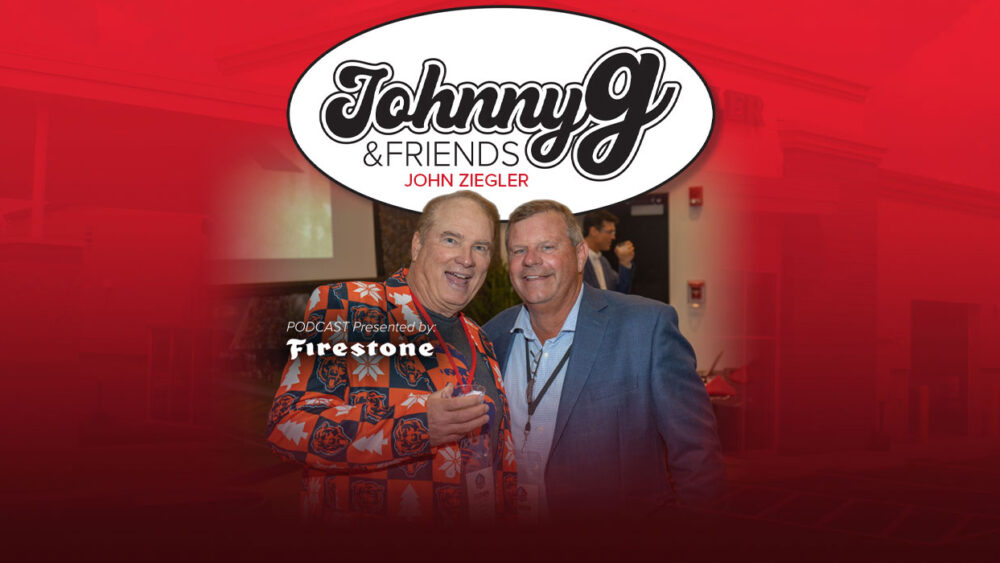 Leading a century-old tire company into the future

John Ziegler Jr. has rubber in his veins. The third generation of a 102-year-old tire company, John Jr. grew up breaking tires at his family’s Ziegler Tire retail stores in Canton, Ohio. After graduating from college, he worked for a short time at a Firestone store, but the family business, which claims to be one of the earliest and oldest Firestone dealers, recalled him.

A jack of all trades, John Jr. has worked in the retail, trade and wholesale sectors of the growing business of Ziegler Tire, and now serves as Vice President of the company. Over the years, Ziegler Tire has grown to include three wholesale centers, two retreading plants, 16 shopping centers and seven retail outlets.

After growing up in the business, John Jr. has plenty of stories about Ziegler Tire’s struggles and triumphs and has met some greats in the tire industry along the way, including his friend Johnny g. In this episode of Johnny g & Friends, sponsored by Firestone, John Jr. takes a look at:

Watch the full episode above or subscribe to Johnny g & Friends on Apple podcasts, Google podcasts, Youtube, Spotify and Streamer.

Biofrontera Inc.Announces Notice of Clearance for the United States