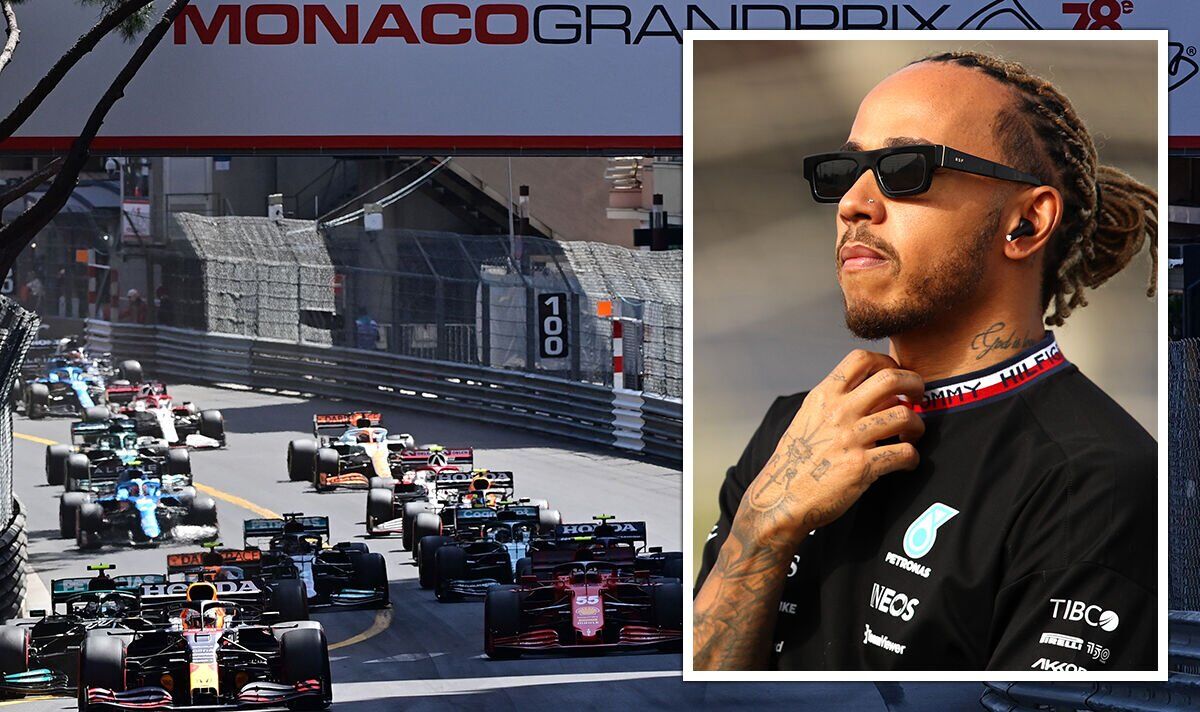 Lewis Hamilton has claimed it would be a shame to lose the Monaco Grand Prix from the calendar as it is one of the sport’s ‘crown jewels’. He said everyone attending the iconic race weekend “appreciated” and praised the circuit’s “prime location”.

However, the Briton expressed concern that the track was boring, saying the race was “not that spectacular”. F1 boss Stefano Domenicali recently suggested traditional pedigree was not enough for tracks to retain a place on the calendar.

He hinted that there were tracks whose contracts were due to expire and which might not be renewed for further years. Monaco is one of them, with the organizer’s current contract ending after this year’s event.

F1’s new Las Vegas project was recently described as F1’s new “flagship” event, sparking even more rumors that Monaco could be absent. However, Hamilton spoke up to defend the historic circuit at the Emilia-Romagna Grand Prix last week.

The seven-time champion said: “I mean, it’s one of the crown jewels of our sport. So I’m not really sure it would be great to lose him.

“There are some good bits… I guess the hard part is the race itself isn’t that spectacular. But everyone who goes there enjoys it. It is a privileged location. Adjusting the track is not easy, as it is the second smallest country in the world. I think it’s the second or third smallest country? Second, right? And so, yeah, we don’t have a lot of space there.

“Many of us live in Monaco. But it’s just this iconic status that he has, the history that he has that is so appealing to the drivers, but also I think to those who watch.” Michael Boeri, President of the Automobile Club of Monaco, have tried to push back against rumors that the race could end in 2022.

He said claims that the fee charged by F1 to host the traces was too excessive for Monaco were “false” and suggested a new deal should be struck.

Boeri explained: “We are still in talks with them and now have to seal the deal with a contract. I can guarantee you that the Grand Prix will continue to take place beyond 2022. I don’t know if it will be a contract for three or five years, but that’s a detail.”

He added: “There are these basic F1 venues and circuits like Monaco. It’s a special weekend. Of course, like the race, it’s one of the toughest circuits to overtake so , you know, I’m not sure it offers the ultimate viewing experience on a Sunday, but the weekend experience and all things Monaco is special and unique.

“And yes, winning it or not, I think going there as an F1 driver and having that and experiencing all the emotions that come with competing in Monaco is unique.”

Monaco is chasing a place in the Champions League, Clément still in charge

Who are Chelsea’s potential new owners and what issues do they face? | chelsea