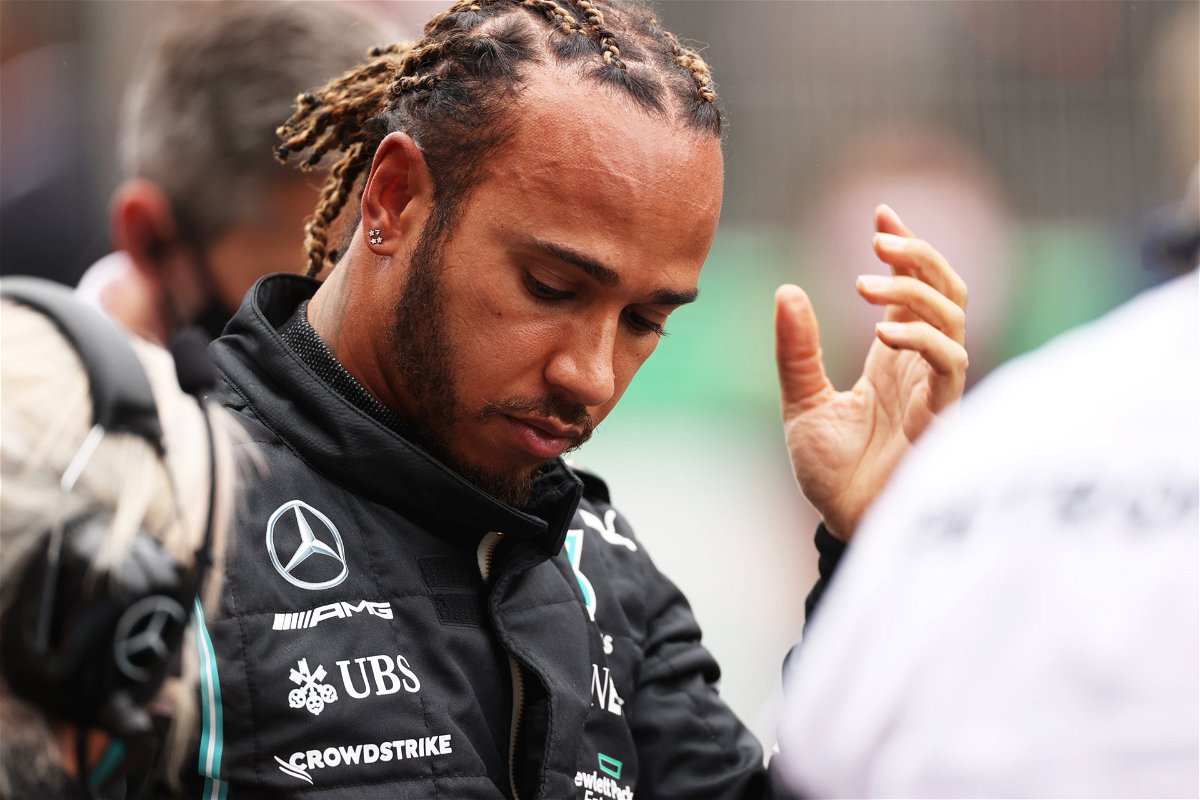 Over the years, Formula 1 has opened its doors to celebrities, not only to watch the action on the track, but also to take care of some vital jobs. For example, the 2021 Monaco Grand Prix saw tennis superstar and close friend of Lewis Hamilton, Serena Williams, wave the checkered flag at the end of the main race.

But, let’s ask ourselves; Is it worth it? Should F1 let such VIP guests play with the fate of drivers? Of course, one wonders what the fuss is about, given that Williams managed to get the job done to perfection.

Well, we have a rather interesting story to share with you; A story quite similar to that of Williams’ 2021 Monaco GP. Only in this case, this particular celebrity didn’t do the job and possibly destroyed Daniel Ricciardo’s chances of completing the fastest lap.

The seriousness of this minor mistake could have been overstated, given the $40 million value. efforts in play. But, fortunately for Harlow, the early end didn’t affect the results much, nor did the race feel anti-climactic.

Nonetheless, it unsurprisingly led to a massive fan backlash and the hatred was immense, enough to force Ross Brawn to defend Harlow in a public statement. The Briton further apologized to the Canadian model and felt that she did not deserve the “pain“.

“He was asked to wave the checkered flag, but was told to do so after 69 of the 70 laps had been completed.,” he said. “I was sad to see her so heavily criticized when, as race director Charlie Whiting explained, it was all down to a misunderstanding between two officials.

“Winnie simply followed the instructions given to her and I would like to apologize for the grief she has received and thank her for supporting Formula 1.”

After the unfortunate crash at the Canadian GP, ​​Harlow immediately took to Instagram to plead her innocence indirectly blaming the officials. “WHEN YOU’RE TOLD TO ACT THE FLAG ONE TURN TOO EARLY! You had a job sir! Hahaha but so thankful everyone was safe today and no one got hurt for it,” she wrote.

Overall, F1 is always open to letting VIP guests wave the checkered flags at the end of races. And the sad truth is that there is no guarantee that an incident similar to Harlow’s will not happen again in the future, and luck may not come to the rescue. So should the sport put an end to this ritual and let the officials do their job without too much clutter?