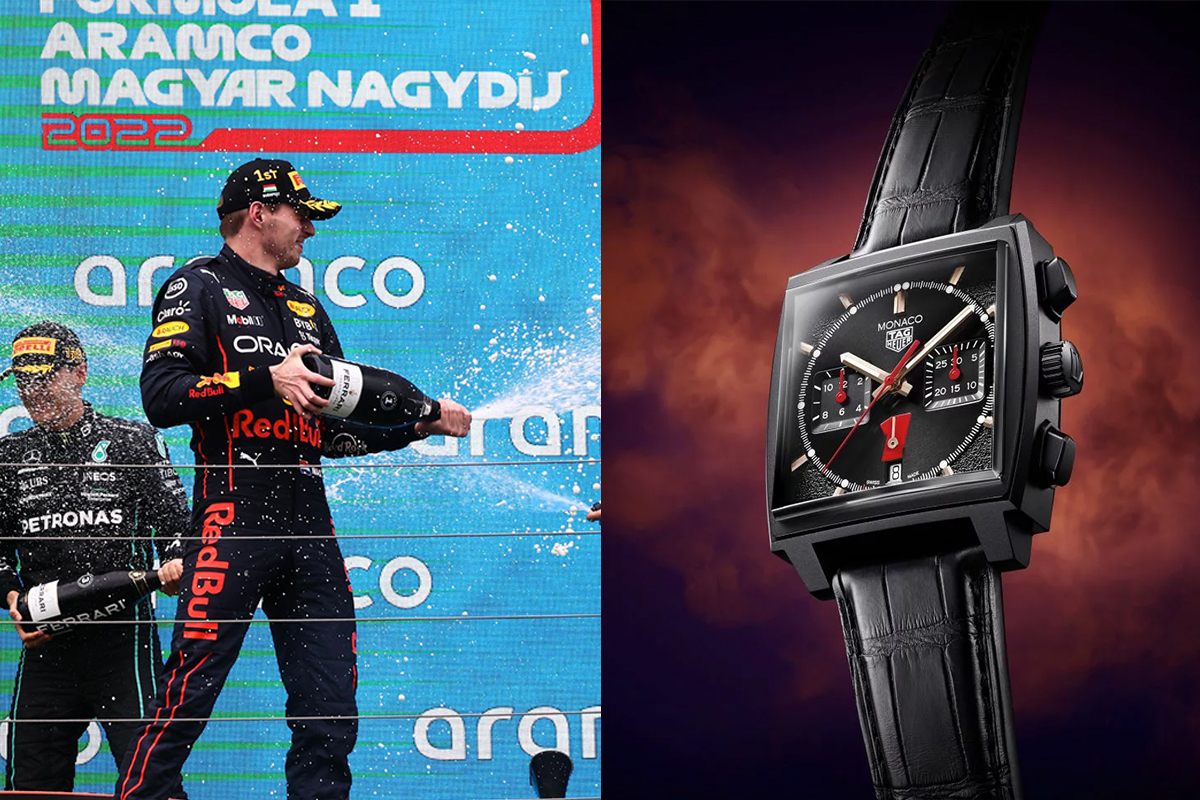 We’re only halfway through the 2022 Formula 1 World Championship and it already looks like Max Verstappen has it in the bag… And it looks like he’s packed a “one-of-a-kind” TAG Heuer watch to celebrate.

Naturally, “Super Max” is a bit high – and if he wasn’t smiling already, his new TAG Heuer watch probably made him smile too. TAG Heuer is, of course, one of Red Bull‘s main sponsors, and this year they decided to bless Max with his own unique watch.

The TAG Heuer Monaco ‘Max Verstappen’ Special Edition (ref. CBL2180.FC6497.MV) is a unique variant of the Monaco Special Edition released earlier this year, which is itself a tribute to the ref. 74033 ‘Dark Lord’ from the 1970s. This is a perfect evil watch for the bad boy of Formula 1.

Constructed of titanium and finished with a tough black DLC coating; Rose gold indexes and hands and an asphalt-like exterior dial, Verstappen’s watch stands out from other “Dark Lords” thanks to the numeral 1 replacing the normal sub-dial at 6 o’clock.

RELATED: The best black watches for dark and brooding men

Since the start of the 2014 season, drivers have had to choose an available starting number before entering their first Grand Prix, and keep that number throughout their F1 career. The exception to this is No. 1, which the reigning driver’s champion is allowed to use if he wishes – which Verstappen has done this year as defending champion, hence his appearance on the watch . What a flex.

It’s only fitting that Max chose the TAG Heuer Monaco as the basis for his one-of-a-kind piece. He not only lives in the principality but he also won the 2021 Monaco Grand Prix during his successful campaign in 2021.

He is clearly a fan of the watch, as he previously wore the limited edition Monaco Titan (ref. CAW218B.FC6496), which is the watch he wore when he lifted his champions trophy in Abu Dhabi last year. last.