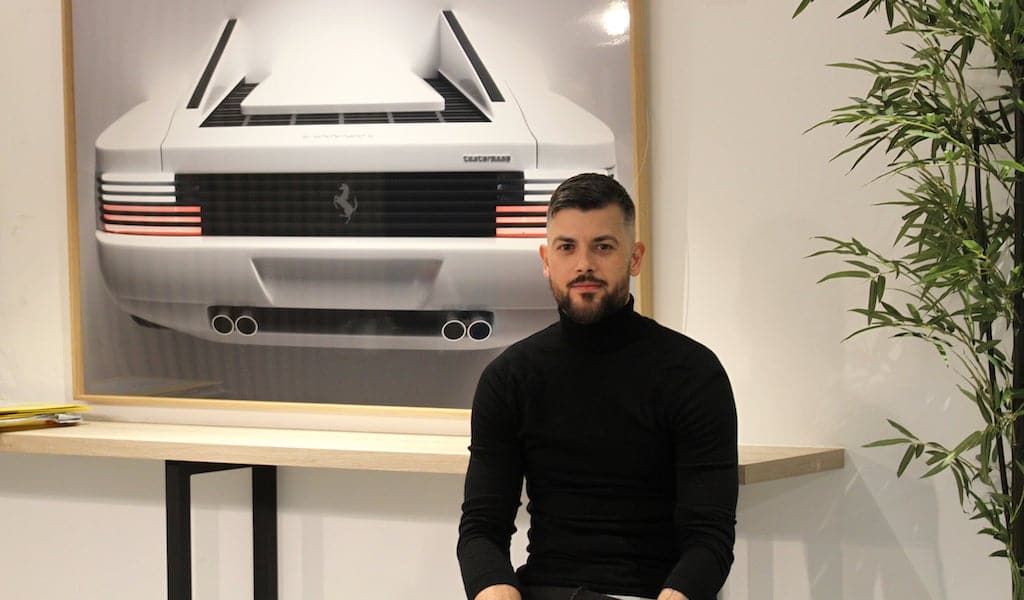 At 33, graphic designer MikaÃ«l Barelaud-Eludut is renowned for his artistic creations, which he posts regularly on his Instagram account. Author of numerous creations for world-renowned brands as well as for Monegasque companies, the art lover is preparing to take over the reins of the creation of his own agency: Office Mikado.

Not for him a match with FC Barcelona or Real Madrid, or even AS Monaco. MikaÃ«l spent his evenings in editing mode on the famous Pro Evolution Soccer (PES), FIFA’s main competitor in the field of football video games, in order to be able to revamp the logos and the kit of the game’s teams.

A vocation born in Dallas

â€œA lot of clubs didn’t have a license for the game, so I would copy the jerseys and logos and share the memory card all over the neighborhood,â€ says the artist, who also had fun drawing the Simpsons characters. wearing soccer jerseys. Homer and Bart, supporters of AS Monaco? Absoutely!

MikaÃ«l Barelaud-Eludut arrived in Monaco at the age of three with his family from Limoges, having grown up in social housing in the Moneghetti district of the Principality. A poor but happy childhood. â€œMy father has left us: my mother, my sister and me,â€ he says. â€œMy mother worked at the Monaco prison. Financially, it was not always easy.

A small voice in his head kept saying, “Work always pays.” He graduated from high school in the Principality with honors, allowing him to obtain a scholarship – â€œa real opportunityâ€ – MikaÃ«l left for the United States. In Dallas, Texas, in particular. â€œIn the heart of Texas,â€ he jokes. “It was different. But I liked it. So much so that he stayed there for two years. And a vocation was born.

To tell the truth, he had already found his vocation, but â€œOver there, graphics became serious. I persevered. I wanted to make it my job. Back in Monaco, the Formula 1, architecture and modern art enthusiast had only one goal: to create a portfolio. â€œI worked practically free for two years as a freelance,â€ he recalls. “And then I was spotted.”

A strong community on social networks

The talent will come out. The Del Monte group, world leader in canned food, invites it to join its European headquarters, based in Monaco. He designed the cans for five years. Pineapple slices? Yes it was him. “At the same time, Instagram had started to gain popularity.”

A real workaholic, who needs little or no sleep – “six hours is a luxury for me” – MikaÃ«l Barelaud-Eludut publishes his personal artistic creations on his account. This has not gone unnoticed by other major accounts. Today, “Mikadololo” has no less than 23.5k subscribers.

A network that helped him find clients; local names first, then increasingly prestigious names. Moncler, Puma, Nike. Partnerships are multiplying and leading the Monegasque to set up a business. Previously a consultant for The Office Communication, the young dad of a 20-month-old girl is preparing to take on the artistic direction of the communication company renamed “Office Mikado”.

A first achievement for those who dream of one day opening an art gallery in the Principality. â€œNot to promote myself personally, but to exhibit the works of young artists that I follow on social networks and who deserve to be known. â€œAttached to Monaco, MikaÃ«l Barelaud-Eludut certainly does not intend to leave. â€œI’m so lucky. When you leave you realize how beautiful you are in a part of the world,â€ says the accomplished artist.