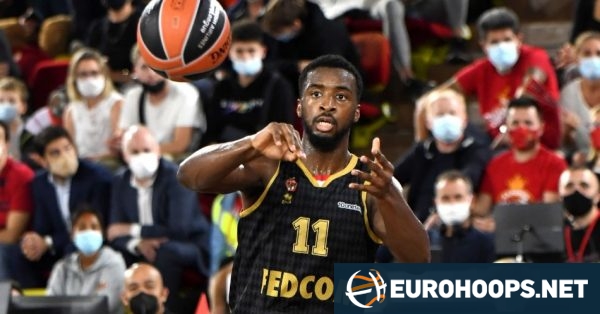 Victor Wembanyama, the main attraction of the French championship had an evening off, while ASVEL, defending champions, are in difficulty


By the Eurohoops team/ [email protected]

Monaco took the easy 89-76 road win over Nancy without Mike James playing and they are among the leaders of the French Betclic elite after the first two rounds. Jaron Blossomgame with 20 points and Alpha Diallo (pictured) with 15 were the winning team’s top scorers.

On the contrary, ASVEL was beaten by Blois on the outside (86-82). Thomas Cornely with 16 points was the top scorer for the winners, while David Lighty with 17 points gave his best for the defending champions who were given 11 points by Nando De Colo.

Finally, Victor Wembanyama with 10 points and seven rebounds had a relatively slow night after struggling with early fouls, but with Hugo Besson scoring 18 points, Boulogne-Levallois cruised to a 95-87 win over Orthez.