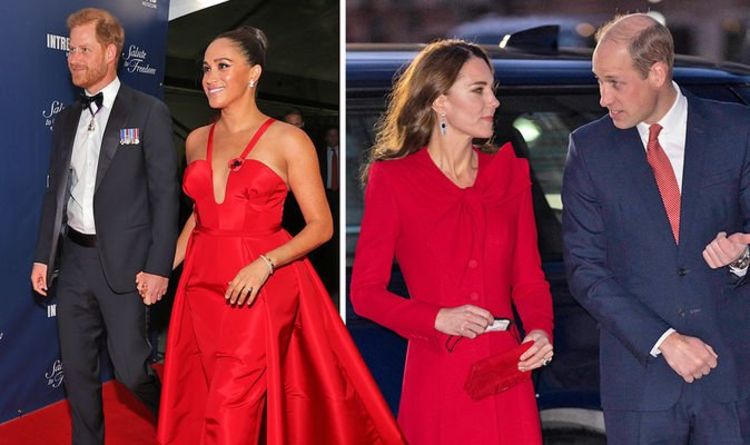 News from Meghan Markle and Prince Harry: The Duke and Duchess remove the crown from Kate and William | royal | News

The Duke and Duchess of Sussex have been crowned the most photogenic royal couple in a new study. Printique photography experts analyzed the Instagram hashtags of 24 of the world’s most popular royal couples to find out who was the most Instagrammable royal couple of all time.

The Sussexes had almost seven times more hashtags than the average of all royal couples on the list.

The couple stepped down from royal duties in 2020 and live in the US with their two children – Archie, two, and Lilibet ‘Lili’ Diana who will turn one in June.

Meghan and Harry were also recently named by Time magazine as one of the 100 most influential people in the world who praised the couple for being active humanitarians and said: “they turn compassion into boots in the field through their Archewell Foundation “.

A spokesperson for Printique commented on the findings: “Royal couples are a source of fascination around the world, and this data shows just how influential they can be online.

“Prince Harry and Meghan Markle are an absolute global sensation, from their charity work and commitment to making the world a better place to their fashion sense and style.

“The fact that this royal duo have the most combined Instagram hashtags is a testament to their powerful influence around the world.”

Prince William, 39, and his wife Kate, 40, rank second for the most photogenic royal couple.

These photographs, where Kate puts on Alexander McQueen dresses, must participate in the Coming Home exhibition before entering the permanent collection of the National Portrait Gallery, of which Kate is the godmother.

The Queen, 95, and her late husband, Prince Philip, rank third and have 1.4 million Instagram hashtags.

This year, Her Majesty celebrates her Platinum Jubilee, marking 70 years as Head of State.

Its historic milestone will be marked by a series of celebrations and events across the country, culminating in a four-day holiday weekend in June.

Prince Charles and Princess Diana rank fourth among the most photogenic royal couples, with over 1.2 million hashtags on Instagram.

Despite the now public knowledge of the misfortune of their marriage, Charles and Diana were for many years the most famous royal couple in the world.

In fifth place are Prince Albert of Monaco and Princess Charlene, and the Monegasque royal family has over 184,000 Instagram hashtags to their names.

Spain’s King Felipe and Queen Letizia also top the list of the most Instagrammable royal couples, with more than 100,000 hashtags.

Ayrton Senna’s mad lap around Monaco in a 1990s McLaren